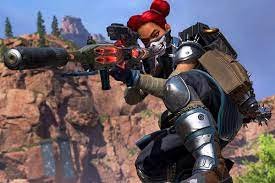 Respawn Entertainment and Electronic Arts have released Apex Legends, a free-to-play epic shooting game. It was introduced in February 2019 for MS Windows, PlayStation 4, and Xbox One, and in March 2021 for Nintendo Switch. Apex Legends Mobile, a touchscreen-optimized mobile version of the game, also has been confirmed, with a full official release of 2022 on Android and iOS, and also a native form of the game for Xbox Series X and Series S, and PlayStation 5. The videogame is multi-platform compatible.

Players establish two- or three-player squads even before the game and choose from pre-designed heroes with unique skills called “Legends.” There are two modes available in this videogame. Up to 20 three-person squads or 30 two-person duos descend on an island in “Battle Royale,” searching for weapons and equipment while trying to fight all the other participants. The island’s accessible play area diminishes with duration, compelling the team to keep going or risk becoming trapped outside of the play area, and this can be deadly. The round is won by the last team standing. In “Arenas,” participants are divided into three-player teams and compete in a 3v3 squad deathmatch over just a number of iterations to decide the contest’s champion. Whenever a squad has had at minimum three points and is 2 points ahead, they prevail.

Apex Legends is based in the very same sci-fi world as Respawn Entertainment’s Titanfall franchise, and some Titanfall heroes return as secondary characters or accessible Legends in Apex Legends. The game’s development started in late 2016, but the project remained a closely guarded secret till its release. The game’s release in 2019 was unexpected when it had been anticipated that Respawn Entertainment was focusing on a sequel trilogy of the Titanfall series, the studio’s previous big game, up until that point. Critics liked Apex Legends’ gameplay, advancement mechanism, and integration of aspects from numerous genres, and it garnered mostly fantastic reviews. Some thought it was a potential rival against existing battle royale games. Through the finish of the first weekend, Apex Legends had reached 25 million players, and by the finish of the first month, it had exceeded 50 million. It had roughly 100 million players by April 2021, making this one of the most popular video games of all time in terms of player count.

We chose some of the greatest characters on the list below, and the list was compiled entirely at random. The characters on the list aren’t supposed to represent anything in particular; rather, each character is unique in its own way, and therefore we should accept that. There was a good chance you’ll find several characters in the roster that you like or dislike. Feel free to share your characters in comments, but really don’t criticize the collection only because you don’t like something there.

Apex Legends features a broad range of characters with a variety of skills and characteristics. There are also plenty of possibilities for followers who want to pick the best competing choices or whose voiceover lines they can’t have enough of. This is where this Apex Legends tier list comes in, shining a spotlight on the finest heroes in the Battle Royale.

Mad Maggie, Salvo’s own Mad Maggie, has eventually come in Apex Legends for Season 12! Her enthusiasm at her first encounter with the games has been rewarded. A fresh new Legend isn’t usually one of the greatest players in the game. Mad Maggie, on the other hand, is among the select few who have been presented with a boom!

All of her powers come together to make her one of the game’s most destructive Legends at the present. Warlord’s Ire, her passive power, has no way to hide. Maggie can chase enemies down and catch them down if one has already been wounded and injured. Also, while holding Shotguns, she can travel quicker than anybody.

Her tactical prowess Riot Drill also makes hiding nearly impossible this drill can be attached to any barrier and used to destroy any enemy on the other side. Gibraltar’s Dome Shield is included in this. As previously said, avoiding Mad Maggie is quite difficult.

In Season 11, Ash was recently launched. Despite being one of the more recent Legends, she already has one of the greatest values. Her gear is influenced by her Ronin-class Titan in Titanfall 2, but also has a Wraith and Wattson vibe to it, with a dash of Bloodhound thrown into the mix.

The Arc Snare serves as a Wattson-ified Caustic trick, and her one-way gateway provides interesting rotational choices. Actually, Ash combines the best of several Legends. If anyone plays as Ash or even has an Ash on the squad, the player will feel more confident knowing that their team has a decent chance of winning. Coming up against a rival Ash, on the other hand, might be quite unsettling. All one can do at that time is flee and conceal.

Mirage saw considerable changes during Season 7, and when coupled with earlier improvements, he’s a really strong character. Sadly, he is demoted to B-tier due to the positioning of more great personalities in top levels.

Within the first few months of professional Apex Legends play, Pathfinder was a popular choice, but later nerfs have harmed his usefulness. Nevertheless, if one spends enough time understanding how to make the most out of his tiny tricks; his mobility can still be very helpful. Pathfinder does indeed operate well in a game where mobility is more important than a bunch of other talents.

His ultimate can also be utilized to help a squad break out of a bind or to surprise another squad. Never overlook the significance of getting a zip line emerges at the right moment.

He has an endearing tale, a lovely song, and a strange hitbox. But more than anything, we adore his upbeat voice lines and words of support for the squad.

Revenant is without a question the game’s most horrific-looking Legend, as his capabilities have eventually caught up to his frightening appearance. When coupled with Octane’s Jumping Pad, his Death Totem Final talent can be quite handy, but be wary of enemy teams camped at the totem waiting to attack if players have been thrown back in a weak position.

His Silence can be used to negate an enemy’s powers, and also has the unintended effect of obscuring eyesight, similar to a flashbang. In Season 9, meanwhile, he got a tremendous boost to his latent ascending, enabling him to reach previously unattainable altitudes.

This skill is also not beneficial, but it is also unnerving for the other opponents to see, as Revenant scurries up walls like such a nightmare spider. Furthermore, his ascent is extremely loud, alerting all surrounding foes to the player’s existence, and don’t anticipate a sneak strike.

Wattson’s pick chances have been plummeting and she utilizes have been far and few between as of late, making her feel like she’s on the slide. Wattson mains are expecting a boost soon because fences don’t seem to be as efficient as they used to be.

Valkyrie is the most recent Legend to be brought to the table, and she’s already have seen a lot of action as individuals try to find to see where she belongs into the general meta. Valk is an excellent explorer that specializes in spotting enemies thanks to her Passive skill that spotlights enemies on the battlefield while flying in the air. Valkyrie would have to have a line of vision to foes to detect them, so this just isn’t as strong as Bloodhound’s inspections, but it’s a helpful skill for a hero that spends the majority of her time in the sky.

Valkyrie’s VTOL jets are essential for navigating around barriers or gaining moral high ground, but her greatest capability, which enables her to tactically deploy whole squad own will, is her strongest characteristic. As she propels herself into the skies, she can be a bit of a sitting target, but if anyone makes her through the rise, her rotational abilities are fantastic.

Her Missile Storm, on the other hand, is a little too slow to be useful, preferring to flush opposing units out of particular locations rather than completely destroying them. It surprises enemies but deals minimal harm if it strikes.

Crypto was amongst our lower-ranked Legends, but his fanatics in Season 12 have propelled him to this position. Crypto was a very handy Legend when he first debuted on the game. One couldn’t get away from him or his drones. This appears to be true once more now.

READ MORE | 12 Shows to Check Out If You Liked Dirty John!

Despite the fact that there are good alternatives than Bangalore, her Fog Launcher is ideal for avoiding strong enemy assault. Furthermore, her Ultimate is effective if one can amass a large number of targets in a small area or if the player wants to leave some gap between the player and enemies in trying to evade.

While spotting treasure behind walls and also being able to establish the Black Market Shop will assist players in getting the equipment they want, the latter can also help one out with cunning foes. Loba made her esports debut during the Apex Legends Global Series Tournament, where she was extremely valuable for squads grabbing shielding swaps or stashing explosives beforehand of a strong push.

Where to Watch Apex Legends?

Apex Legend is currently available for Windows, PlayStation 4, Xbox One, Nintendo Switch, Xbox Series X/S, and PlayStation 5 users. However, fans must hold until the game is released for Android and iOS in 2022. Enrollment for both platforms already has commenced on their separate play stores and app markets.