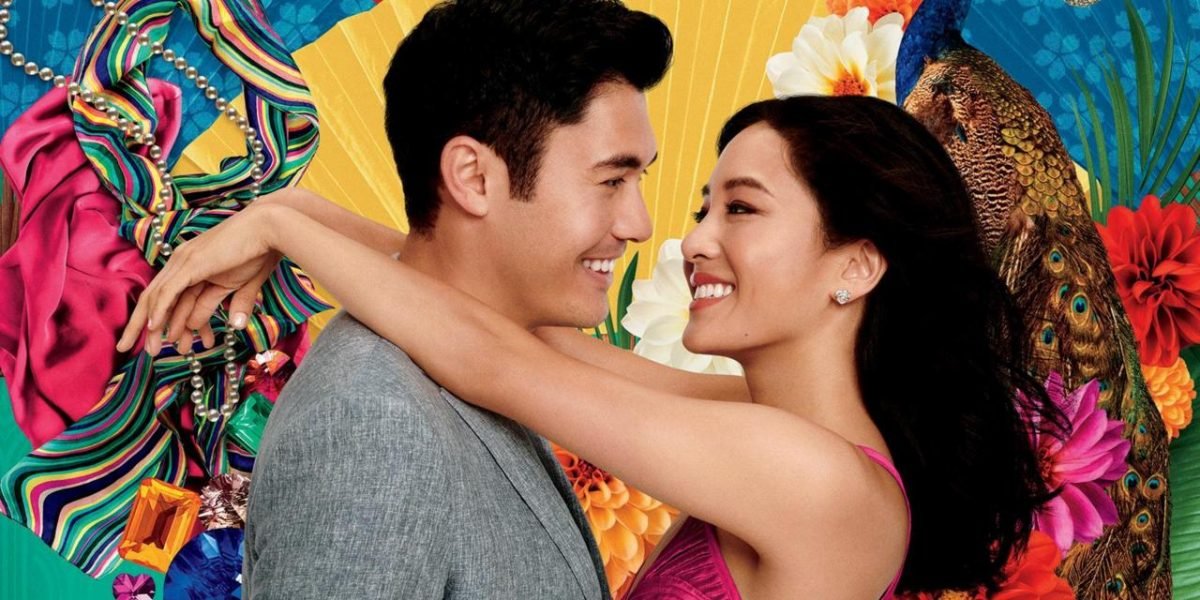 If you are one of them who loved to watch cute and simple love stories, then you come to the right place, as today we are going to tell you 10 movies like Crazy Rich Asians, the article is so helpful if you are a fan of the movie Crazy Rich Asians.

1. To All The Boys I’ve Loved Before

It’s difficult enough in high school without all of the secret love letters you’ve written to your crushes throughout the years unexpectedly appearing in the mail. But this is exactly what Lara Jean Song-Covey, the protagonist of the Netflix teen romance To All The Boys I’ve Loved Before, experiences. Despite the fact that Lara Jean’s Korean-American identity is an important part of the story, her ethnicity is not a major plot component. Rather, the plot revolves around her love life and the drama she faces after her heartfelt declarations of love become public. This is significant since minority actors are frequently cast in parts that emphasize their race. It’s important to learn about minority experiences, but people from all walks of life deal with heartbreak, adolescent angst, and high school drama. Restricting the ethnicity of actors cast in teen romance films (or any other film genre) denies the universality of the human experience. To All The Boys I’ve Loved Before is a sweet, funny film that is one of the few to feature an Asian-American woman in the lead role. It is an important step in the right direction for Hollywood.

2. Harold And Kumar Go To The castle

Harold and Kumar are a comedy duo. Go to White Castle is a film about two stoners who ride cheetahs, fight raccoons, and go around in a car with a deranged Neil Patrick Harris. However, there is a significant message hidden in the film’s subtext (and it isn’t “Do whatever it takes to get your hands on that White Castle burger”). The two leading performers are of Asian heritage, and they defy many of the clichés about Asian males. Harold and Kumar are ardent potheads who lay everything on the line for the sake of fast food, rather than being sexless and studious. It’s a film about two Asian men, yet the plot isn’t about their race. Rather, their antics with college parties, hang gliders, and last-minute surgery takes center stage.

Sandra Oh stars in this Canadian film, written and directed by Mina Shum, as a woman struggling to meet the expectations of her traditional Chinese family, particularly when it comes to her love life, a facet of her life complicated by her attraction to a Caucasian man rather than the Chinese men set up for her by her family. The film garnered positive reviews and was nominated for seven Genie Awards, winning two (Best Editing and Best Actress in a Leading Role for Oh).

The Portokalos clan rivals Nick’s in Crazy Rich Asians in terms of size. When Toula (Nia Vardalos), a 30-year-old woman, falls hard for Ian Miller (John Corbett), who is obviously not Greek, her family has a lot to say about it. But, as in Crazy Rich Asians, the family eventually comes to accept Ian as Toula learns to stand up to her parents when they meddle in her life (well, for the most part). You can’t go wrong with a typical Greek wedding, full of culture and disasters.

Because so much of The Big Sick takes place in a hospital room, it may seem unusual to recommend it. However, at the end of the day, this story is about two people from very different origins whose families come together in a time of need. That isn’t to say that the couple’s families get along all of the time, but they do put their differences aside to assist their children in the event of a medical emergency. It’s worth noting that this film is made much sweeter by the fact that it’s based on the real-life love story of Kumail Nanjiani (who also stars) and Emily V. Gordon.

ALSO READ | 10 Movies Like Imitation Games That You Must Watch!

Do you think Crazy Rich Asians would have been better with more Awkwafina in it? The Farewell is a must-see for you. Overall, this film is more gloomy than Crazy Rich Asians, but it is steeped in Chinese culture and portrays a huge and somewhat eccentric family doing what they believe is best for their grandmother — in this case, covering the news that she is dying.

A weekend in the country, away from the stresses of everyday life, is ideal for having fun but, most importantly, for making confessions. A group of seven gay friends gathers to celebrate the bachelorette party of two of their pals, Andi (Constance Wu) and Lu (Angela Trimbur), who are soon to marry. Everything seems to be going well until the booze enters the conversation and reveals truths that have never been shared before, such as the one Lu admits. Friends start to worry whether it’s a good idea for them to get married because of the confession that indicates a glaring lack of sincerity, despite the brides’ claims that they always have explosive sex.

Natalie has loved Hollywood romantic films since she was a child, and dreams of one day meeting Prince Charming and having him take her shopping on Rodeo Drive in Los Angeles. With the passage of time, the protagonist came to realise that her mother’s advice was correct. The actual world is nothing like Julia Roberts’, Meg Ryan’s, or Sandra Bullock’s fairy tales. There is no such thing as a magazine cover boy, good friends know each other like the back of their hands, and the wage barely covers the rent of a modest New York City apartment. Natalie (Rebel Wilson) wakes up in a radically other reality after taking a huge knock to the head while attempting to combat a robber in the subway.

Ali is the son of a Muslim family with a lot of musical aptitudes, but he’s also a little naive and neurotic. Ali will have to go through a marriage of convenience one day, when a large lie is no longer acceptable, which will be compounded by the fact that he is hopelessly in love with an Australian-born Lebanese lady. The most difficult decision he’ll have to make in his life will be deciding between family duty and his heart’s desire. Hope, you liked this short synopsis of the movie, but in case you want to watch the movie, you can watch it here on Netflix.

During the 1980s, the South Korean government established a unique summer camp for “gyopo,” or Korean teenagers born and raised overseas. This camp’s goal is for these teenagers to spend their summer in Seoul learning about their genuine roots. While the plan’s goal was admirable, the youngsters’ actions were not. Three boys from the United States, Mexico, and Germany will meet three girls who will completely transform their lives.