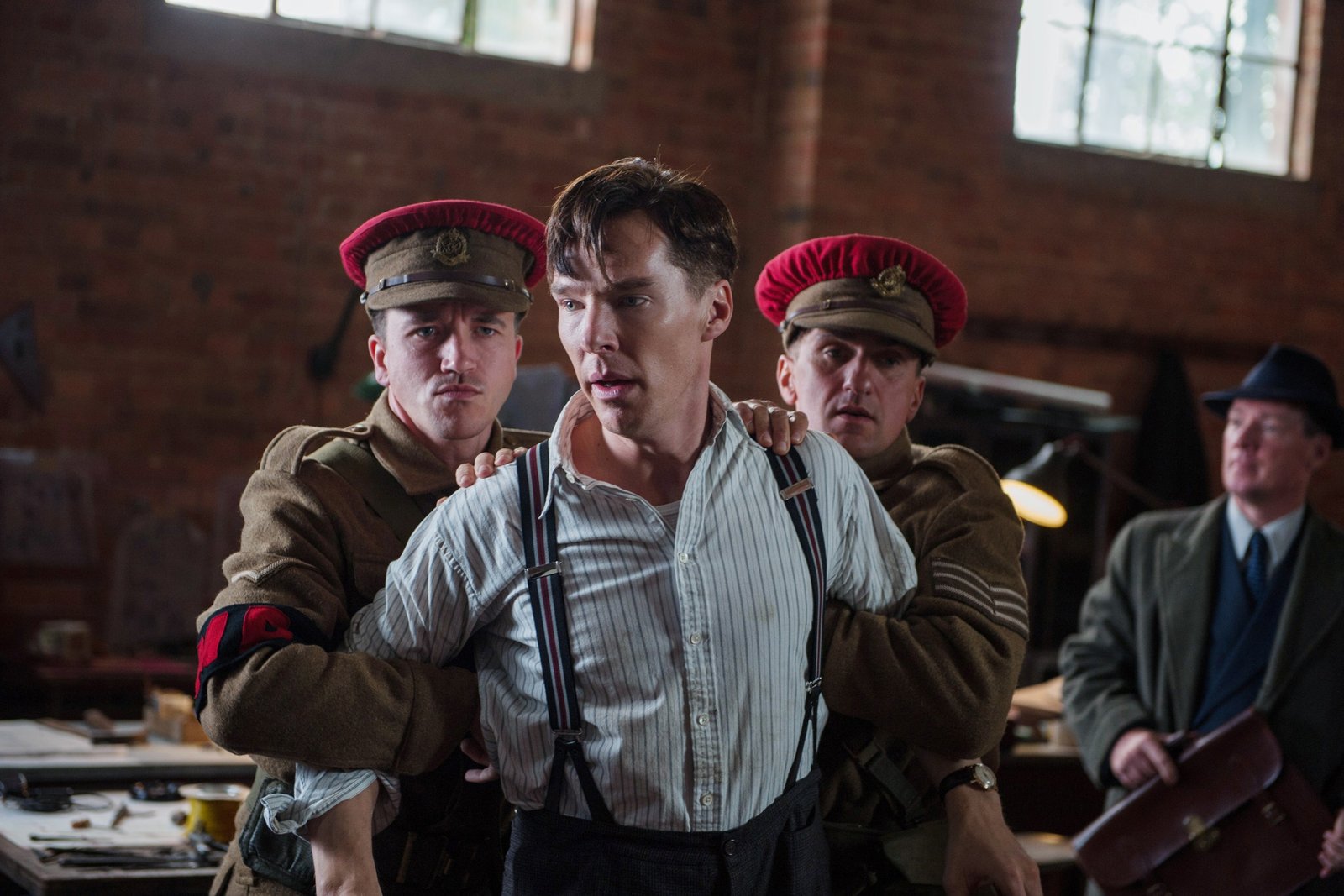 Since its publication in 2014, The Imitation Game has received a lot of positive feedback. The film is based on the true story of Alan Turing, one of the world’s earliest computer programmers who cracked the infamous Enigma code. However, his acclaim came with its own set of issues. To begin with, he was a homosexual. His life will be difficult at a time when it is banned in most areas of the world. He was punished under his country’s anti-homosexual law despite being a genius who helped save millions of lives.

To summarize, it’s a lovely film that does an excellent job of depicting a mathematical genius’s tumultuous life on screen. If you’ve seen The Imitation Game, it’s only natural that you’re looking for more films like it. Take a look at the list I’ve put up.

The story centers around a gifted young prodigy who has already cracked the Enigma code. He is once again summoned for assistance when the Germans reset the entire system. It’s not going to be easy, especially with the prospect of a Russian spy in his office.

Can he beat the clock once more and aid the British troops to win a war that was on the verge of being lost?

You should move on to the next entry if you’re looking for a biopic. Enigma, as intriguing as it is, is not based on true events. I believe that the fact that it is a work of fiction has played a significant role in the film’s poor reviews around the world. Furthermore, the lack of actual battlefield activity exacerbates the situation. There were no jaw-dropping bouts, no epic victories nothing.

A Beautiful Mind tells the story of John Nash, a mathematician who won the Noble Prize for Game Theory later in life. This film chronicles his entire journey, from his beginnings as a bright but aloof mathematician through his descent into delusions and the struggle to regain control of reality.

The first half of the film focuses on his ascent to prominence, while the second half depicts his gradual descent into madness. He eventually hushed his demons and emerged victorious after many years of fighting them.

In the role of Dr. Nash, Russel Crowe has provided the performance of a lifetime, eliciting a wide range of emotions from the audience. It wouldn’t be an exaggeration to say that he single-handedly carried this film from beginning to end.

Proof, unlike the majority of the films on this list, is not based on true events. Some people may despise it since it is cliched and frivolous. It’s been compared to A Beautiful Mind by some. I, on the other hand, will not be participating in any of these activities.

The proof is a straightforward narrative about a gifted mathematician who leaves his legacy to his daughter. Hal, a mathematician at the University of Chicago, doesn’t trust her when she

presents him with a novel theory. Is she the one who came up with the theory? Is it the same as her father’s?

4. The Man Who Knew Infinity

It’s based on the true story of Srinivasa Ramanujan, a South Indian mathematician who demonstrated that poverty can’t stop you from having limitless intelligence. G.H. Hardy, an English professor, eventually notices his confidence and intelligence and invites him to Cambridge. This is where he refines his calculations and hypotheses, eventually becoming a well-known academic.

Facebook (Now known as META) is well known. Most of us who are reading this have a Facebook account. Many people are unaware of how it came into being in the first place. What prompted Mark to linger in his dorm room for days, skipping courses in favor of working on a new project? What messes did he get himself into before the Facebook craze?

Many individuals are unaware of what happened behind closed doors. The Social Network, directed by David Fincher, is the first film to tell the story of the world’s youngest billionaire. I’ll be honest, I wasn’t sold on the film at first. When I first heard that a film based on Mark’s life was in the works, I believed they could have done better. Why would David Fincher make a film so insignificant and personal? I watched it once. However, my viewpoint on the subject has shifted.

The actors have completed an exceptional task as well, getting out in their consolation zones and handing over an effective performance. Fincher ought to have long gone for pros, however, he selected paintings with freshmen instead, bringing out the satisfaction in them.

Again, it’s now no longer only a tale approximately Facebook’s origin; it’s approximately betrayal, sacrifices, and ambitions. All in all, a touching, heartwarming tale that takes us lower back to the inception of a social networking giant. If you’re searching out a few brilliant films like The Imitation Game, you should definitely watch The Social Network.

ALSO READ: Why Was Bonanza Season 2 Canceled? Click To Know!

The King’s Speech is a biopic approximately King George VI, his reluctant thrust to the throne, and his conflict to put off his stammering. Presumed through everybody inclusive of his father to be unworthy of anything, he proves everybody incorrect whilst he receives assistance from a speech therapist, who subsequently allows him to discover his voice. In a few times, he finally ends up main United Kingdom of Great Britain and Northern England thru the war.

King’s Speech manages to discover precise stability among maintaining matters highly spiced and staying real to the records. If you’re a records buff, you’d without a doubt love what this film has to offer. Overall, a shifting but effective story.

7. The Theory of Everything

This film popped up anywhere after I looked for films like The Imitation Game. Redditors appear to be in love with this film particularly. Even at eleven though I wasn’t too keen, I watched it. And I’m happy that I did.

The plot revolves around Stephen Hawking, one of the maximum famous physicists of his time. Diagnosed with a deadly illness, he didn’t have a lot of time to live. With simply 2 years at his disposal, no person turned into awaiting him to make it big. But whilst he falls in love with Jane Wilde, a fellow pupil from his college, his lifestyles absolutely change. It’s a tale approximately how he struggled together along with his illness, his marriage as his frame gave up on him over a path of time.

I bet a maximum of the human beings already realize plenty approximately him. For those who don’t, it’s an extraordinary possibility to get a peek into the lifestyles of one of the quality physicists there ever turned into. Again, make certain to have your handkerchief ready

Good Will Hunting is a touching story of a stricken younger guy who’s proficient with herbal skills in mathematics. He, however, doesn’t appear to care tons approximately it. Working as a janitor at M.I.T. and spending his nights at bars, he’s losing all of it away.

On the surface, he’s cocky, conceited, and foul-mouthed, which makes him unlikable. Deep down below, though, he’s suffering to discover his identity. He can resolve any math problem, however now no longer the only one he appears to be suffering within his existence. His existence appears to be getting handiest worse till sooner or later he meets Sean, a therapist, who allows him to discover a path in existence.

At first, I notion that that is going to be every other one of these girly films that appears to be famous with teens. But boy, changed into I wrong! Look beyond all of the award nominations and the stellar casting, and you’ll discover that it’s a touching, heartwarming film that efficiently conveys a profound message to its audience.

The previous few mins are while it’s difficult to maintain again the emotions. I assume you’d want to punch something to sense manly again.

The tale is ready a vehicle mobile mechanic, who falls for Albert Einstein’s niece. The best hassle is that she is engaged to a person else. Fortunately, Einstein likes him. So, he comes to a decision to assist the mechanic to trap his niece’s interest and make her fall for him. He pretends to be a physicist to courtroom docket her, however, matters don’t cross as he’d planned.

If films like The Imitation Game and A Beautiful Mind have been a touch too heavy for you, I.Q. might be the ideal fit. It’s a light drama that leaves you feeling that there’s not anything incorrect with the international, immersing you in its very own little international for a while.

Creation is a tale of a famed scientist, Charles Darwin, nicely acknowledged for his evolution theories. This film tries to convey his suffering days into the picture; the time whilst he became managing the lack of his daughter and became tormented by hallucinations. At the identical time, he became running on an e-book called ‘On the Origins of Species, which he in the end completed.

All in all, Creation is a first-rate historic drama, that is sincerely underrated for a few reasons. More human beings want to observe it.