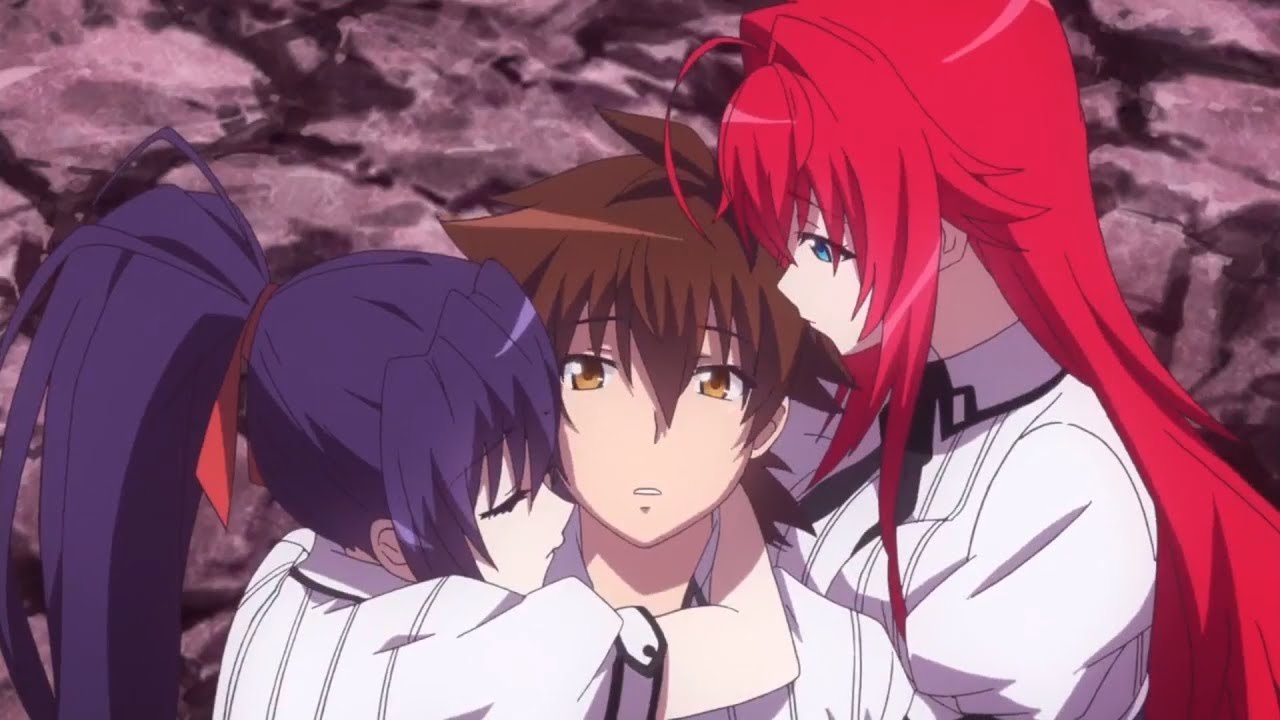 Missing High School Dxd? The anime series was adapted by TNK after being inspired by Ichiei Ishibumi’s Japanese light novel called High School Dxd. This anime filled with supernatural elements have been directed by Tetsuya Yanagisawa and aired on TV Tokyo’s satellite channel AT-X. The way it blended many appealing aspects that amused the viewers and cracked them up helped increase the fame of this manga. The basic storyline was about the students of a school that went from being an all-girls school to co-ed with an interesting twist.

The alteration in the gender of students was not the only change, the type was changed too- the school went from having only human students to human and fantasy creatures like fallen angels. So, it creates a very indulging narrative with surprising twists and turns. The anime had a stable run of four episodes from January 2012 to July 2018 so it is only fair that the viewers and fans have a sense of attachment towards it. Hence, I have listed down a few anime to help those people’s sense of attachment to High School Dxd as they watch some similar shows that resemble the first show from different angles.

To LOVE-Ru is an anime series that is based on a manga series with the same name ad written by Saki Hasemi and illustrated by Kentaro Yabuki. The anime was directed by Takao Kato and produced with the help of multiple producers. It ran on several networks including JNN from April 2008 to October 2015. They are both fantasy and supernatural animes with empowering women characters. High school Dxd had demons while this has humans and aliens.

2. Highschool Of The Dead

Highschool Of The Dead as the name suggests is a thriller with supernatural elements just like High school Dxd. Both of them also have the same set-up of environments, that is, high school. Highschool Of The Dead is an anime series that has been inspired by a manga series written by Daisuke Sakao. This anime has many notable action scenes directed by Tetsuro Araki and produced by Tetsuro Araki. The plot shows the dawn of a threatening pandemic that transforms humans into zombies. The scene is in high school because it is the high school students along with their nurse try to deal with the zombie apocalypse and the other risky and sad consequences attached to it. This show resembles High School Dxd in the aspect of being adventurous alongside appealing harem scenes.

The Chiaki Kon-directed anime series called Otome Youkai Zakuro has also received several praises. This show has heavy similarities with High School Dxd with its supernatural threads as the primary feature in the plot along with the action-packed twists and turns. Both the shows are about the co-existence of humans and a supernatural creature or spirit. Otome Youkai Zakuro shows the well-placed understanding of the societal structure of both the beings existing but there are differences between a few major characters which build the show. This has been taken from a ten volumed manga which was written by Lily Hoshino. The anime launched in 2010 on TV Tokyo.

Trinity Seven is an anime that will make your heart light with its different tints of romance and shades of romance combined. High School Dxd and Trinity Seven both are high on Harem scenes and elements of fantasy. Trinity Seven has originally been inspired by a manga waritten by Kenji Saito and illustrated by Akhinari Nao. The director of this fantasy is named Hiroshi Nishikiori and produced by multiple producers. It launched in 2014. The story revolves around the main character named Arata Kasuga who lived a normal life with her best friend the life-altering ‘Black Sun’ happened. The plot gets created on the events and survival of the characters after the Black Sun.

Date a Live has a very compact run of four seasons. It is also based on a Japanese light novel written by Koshi Tachibana and fittingly illustrated by Tsunako. There are two major directors called Keitaro Motonaga and Juk Nakagawa. The show has launched on several networks including AT-X, Tokyo MX from April 2013 to today’s time. The storyline is outlined with science fiction as it opens with the concept of a “spatial quake” that devasted the center of Eurasia. Watch the show to find out more!

Sekirei is another wonderful anime that is similar to High School Dxd as they both contain Harem and supernatural elements. The show has been taken from a manga with the same name, created by Sakurako Gokurakuin. The plot is about the creature called ‘Sekirei’ itself who meets the other main character of this story named Minato Shahashi. The Sekirei is named Musubi, Minato has high wits but due to his insecurities could not progress in his life. His encounter with Musubi will change his fate as he will have new purposes to serve. These purposes will be assigned to him by musubi as they enter a contract for the greater good. The show has a list of twenty-five episodes that were networked on different channels like Chiba TV, KBS Kyoto, etc from July 2008 to September 2010. Both the shows, Sekirei and High School Dxd, have strong powerful women promoting the strength and wonders of womanhood.

Freezing is an anime taken from a Japanese manga with the same name written by Dall-Young Lim. This will help the viewers of High School Dxd a newer narrative of the same type of action sequences along with fantastic rational fiction. The director of this show is Takashi Watanabe and producers are Shinsaku Tanaka and Takashi Tachizaki. This show aired on various networks all over the globe as it aired twelve major episodes from January 2011 to April 2011. Again this anime also empowers the women by developing and focusing on the power of the female characters. This show is set in the middle of a war with aliens hence a certain type of girls are trained to fight the problems.

Omamori Himari is another anime that has very evident similarities with High School Dxd because the main characters of both shows are thrown off-track by the sudden entrance and interference of supernatural creatures. They both have a captivating lining of events to keep the viewers entertained. This anime is also inspired by a manga and was launched in the month of January 2010. It is directed by Shinji Uchiro along with the success of the show’s twelve episodes.

ALSO READ: How Not To Summon A Demon Lord Season 3 Release Date?

Rosario + Vampire is a must-watch if you are looking for animes that will give the same feels as that of High School Dxd. For starters, they are both high-school students. Second of all, they show coexistence and otherworldly creatures in the same academic structure and ambiance. It shows the story of perilous survival among new creatures and school rules. This story has been adapted from the creation of Akihisa Ikeda in the form of a manga.

Just like High School Dxd this show also has supernatural and fictional elements. It also has a high mythical aesthetic to the entire framing of the show because Campione means a god slayer. The main protagonist named Godou Kusanagi is a middle schooler who becomes a Campione by an interesting turn of events and gets fated to go up against the unjust god who harmed the earth without caring about the consequence of their actions. This anime has been fittingly directed by the director called Keizo Kusakawa. It has a list of thirteen episodes that was launched on several networks from July 2012 to September 2012.

Dakara Boku Wa, H ga Dekinai has a very fresh and amusing storyline as an anime under the genre of fictional animes. The beautiful details and storylining have been executed by the director Takeo Takahashi. It brings about the sexually driven students who create loopholes for themselves for their desires. It falls in the same genre as High School Dxd even if it has no direct resemblance with it.

Where to Watch These Shows?

Several clips, remarkable scenes, and the trailers to the above shows are available on YouTube. The whole shows are streamed on several OTT platforms like Netflix, Hulu, Crunchyroll, Funimation, etc. Hope you will check them out as soon as possible and stop missing High School Dxd. Let us know what you think of them and what similarities appealed to you. There is much other similar content on this website that you must not miss out on.