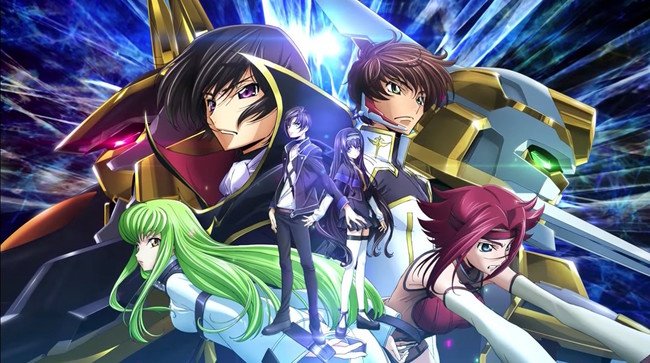 Code Geass is a Japanese animated series directed by Goro Taniguchi. The show was produced by Sunrise. The plot of the show is set in an alternative world where the world is divided into three parts. These parts are the Holy Britannian Empire, the Chinese Federation, and the Europa United. The story starts after America’s conquest of Japan in August. There is also a trailer of the show available on YouTube which will give you a better idea of the show.

The show has managed to get amazing ratings on various platforms. It received 8.7 on IMDB out of 10 and 94% of Google Users liked the show. It is available on Netflix for worldwide streaming. We strongly recommend fans watch this anime.

There are many characters in the show who are intelligent and smart and never make fans pissed off. It’s tough to choose any 12 among them. However, we are still giving here the list of the 12 best characters of Code Geass.

Mao is one of the best characters in the show. It is seen that he received a Geass power only when he was six years old. He has a unique ability to read the mind of others and haunts mentally unstable people with the voices around him. For this reason, he always wears headphones. His approach toward the idea of love is just amazing. Truly, according to us, he is the most underrated character in the show.

He is very much identical to Lelouch’s mirror image. He is the second prince of Britannia who is cunning, intelligent, and ruthless. Moreover, he is the only person Lelouch was unable to beat in chess. The rivalry between the two becomes more intense as Lelouch discovers many inhuman things about him. Lelouch discovers that his older brother had played a major part in the murder of his mother and disabling his sister.

He is defined by qualities such as confidence, egoistic, and pompousness. It becomes really hard not to respect him when he stands with his younger brother.

Her parents are Japanese and Britannian, but she sides herself with the Japanese. She wants to overthrow the corrupt government with the help of terrorist welfare. Her stepmother hired her biological mother as her maid and her stepmom is an aristocrat. However, Kallen is so pure and a really calm person but still manages to be badass if the situation demands so. She often tends to outshine those people who have powers. What describes her are her courage, skills, loyalty, and her badass character. She always chooses to fight for those who are oppressed.

The main protagonist of the anime, Lelouch is the star character of the anime. He is also the most popular character and is intelligent but still manages to stay calm. He has a unique power that allows him to command people around him simply by looking into their eyes. He is also one of the most powerful rulers who take the whole world to bring peace to it.

He is a prince who has been in exile with his little sister, who is Nunnally. He is very dedicated to his goals and the ways to achieve them. His character grows as the show develops. He stands firm towards his idea of justice from the first episode till the last.

V.V. is one of the most interesting characters on the show which is fun and interesting to watch. However, he will be an immortal man who will live in the body of the child due to his powers. What describes him is his cruel and heartless nature. His character did not develop much in the show as his character was already set long before even when the show introduced him. Moreover, he was the only one who could compete with Lelouch in a chess game. He is eternal meaning his biological body won’t die.

Shirley was in the same grade as Lelouch and Suzaku. She has been in love with Shirley forever. Moreover, she was the only girl for which Lelouch showed any romantic affection or interest in the show. She was very kind-hearted and a pure character. Her kind-hearted character led to her being killed by Rolo. She did not forget to love Lelouch even when her memories were wiped. She loved him even when he was the reason for her father’s death. She even agreed to join the Black Knights just to stay close to Lelouch.

Ougi is one of the most popular supporting characters of the anime. He was leading the Japanese resistance against Britannia before Lelouch arrived and established Black Knights. He is a mature supporting character who is also a calm and dependable person. His character grows a lot as the story of the show develops. He grows as an individual and constantly tries to adapt himself to changing situations. He is a person who puts the aims of the masses before his personal goals. Throughout the show, he did not have much screen time.

Lloyd Asplund is the eccentric scientist who is known for making Lancelot. It seems like he does not even care about the ongoing war as he enjoys making powerful frames and spending all his day in this. He does not even care about his partners but he loves science. He devotes himself fully to his research and he is also the mastermind of the seventh generation Knightmare frame.

Fans quickly fall in love with him as he is one of the most entertaining characters to watch. He is funny.

She is one of the earliest characters introduced in the show. She was also the first character on which Lelouch used his Geass and commanded her to give him back his Knightmare. It is shown that she was the companion of Jeremiah. However, she was much calmer than Jeremiah and supports her and the Purist Faction hoping to win a genuine title of nobility. Later on, she falls in love with a Black Knight and this makes her much more compelling. As the show progress, she starts questioning her allegiance.

She possesses the rank of a Knight as a Knight mare pilot, although there is a problem with the title. It only lasts for a generation.

ALSO READ: 10 Best Characters In Death Note You Should Look Out For!

Arthur was a stray cat who used to wander the streets of Area 11 when Euphemia met him and even took care of him. However, he seems to cause quite trouble for the students of Ashford Academy. He bites Suzaku whenever he gets a chance or is able to do so.

How can someone not love Arthur, a cute dog with cute little eyes who used to do cute kinds of stuff throughout the show? Moreover, the cute animation makes him a lovable character. The cutest moment was when he stole the zero helmets and put that on his head as if he was wearing them.

She is the second princess of the Britannia Dynasty and also the chief General of the Imperial Army who prefers to get her hands dirty. She shares a strong relationship with her sisters, especially Euphemia. The scene where she has a mental breakdown after the death of Euphemia shows how close they both were to each other. She is very faithful to her family but still, she has some misgivings regarding her brothers and father. She was Lelouch’s enemy but also his sister. However, she did not have any bad intentions throughout the show.

Her nickname was Goddess of Victory which implies that no one was able to match her on the battlefield. What describes her is her courage, caring, faithfulness, great sister, and leader, gorgeous and witty. She did not deserve what she received in the show.

He is a Japanese lieutenant Knightmare with a badass attitude. According to fans, his mental conditions are not stable as he has claimed that he died once. Even after this, he is respected by his team members but it seems like he lacks confidence mainly because of his apathetic approach towards society and the hierarchy. He plays the most important part in the battles. Overall, he is an interesting character to watch who will never feel bored.

So, this is was our list of the 12 best characters of the show. We hope you have enjoyed reading this article as much as we did while writing it. Let us know in the comment section if we missed your favorite character. As of now, happy watching!