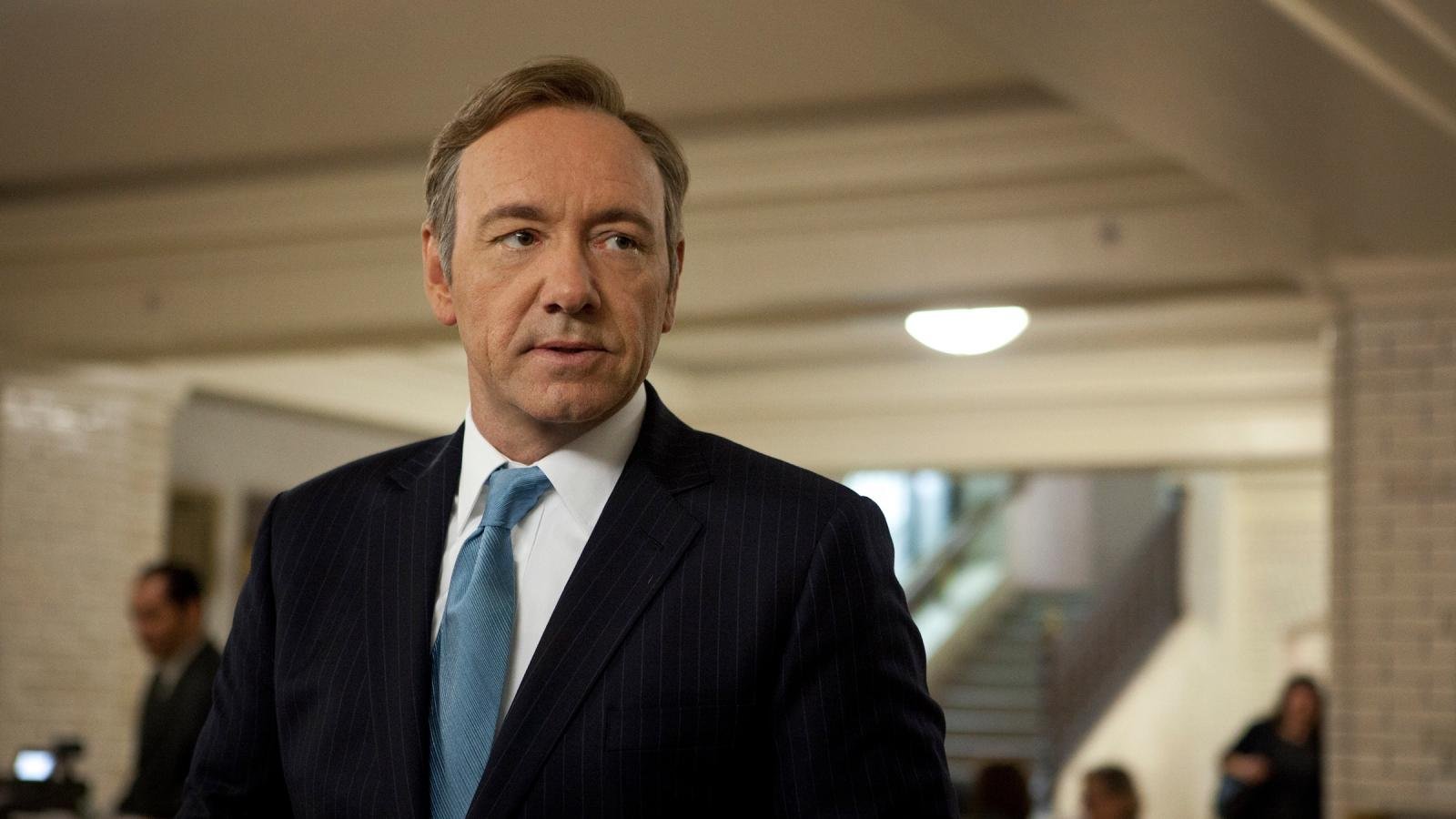 If you like to watch the House of Cards series, then here we are with a list of 12 shows which are quite similar to House of Cards. We hope that you are going to love all the 12 series.

An American comedy-drama television series Political Animals. Greg Berlanti created the show. On July 15, 2012, The first episode of political animals premiered on the USA Network. The series is only six episodes long, and the series concluded on August 19, 2012. The story stars Sebastian Stan, Brittany Ishibashi, James Wolk, Ciarán Hinds. The cities got quite a good trading from an IMDb 7.7/10 whereas a 63% rating was given by Rotten Tomatoes. The series has a phenomenal plot and excellent acting. It is worth watching and possibly even worth watching again in the future. This political drama has politics along with a pinch of comedy in it. You can watch political animals on Amazon Prime Video Disney+ and discovery+ via subscription.

An America is the historical drama television series, Mrs. America. Dahvi Waller is the creator of the show and produced by Tanya Barfield, Boo Killebrew, and Sharon Hoffman. The series has only one season which premiered the previous year on April 15, 2020, on FX on Hulu, and season one has only nine episodes. Season 1 concluded on May 27, 2020. The running time of each episode is roughly 43–54 minutes. The series got an IMDb rating of 7.8/10 while Rotten Tomatoes gave 96% to the series. The series was released during the time of pandemic and gave good times to the viewers during the tough times. Chock-full of absolutely stunning performances, and also the show is an extremely powerful portrayal of the era. The plot is about the Equal Rights Amendment during the 1970s, in the United States.

An American legal and political drama television series, created by Robert King and Michelle King and produced by Ron Binkowski and Corinne Brinkerhoff. The series stars Jeffrey Dean Morgan, Matthew Goode, Christine Baranski, Josh Charles, Archie Panjabi, and some other actors. The series has already got good reviews from viewers and a high rating of 93% from Rotten Tomatoes. You are already going to appreciate the series because of its phenomenal plot and great acting by the actors. The plot starts with the husband of Alicia Florrick, named Peter, who has been in jail, because of that allegation of a sex scandal and political corruption. And after staying between four walls, Alicia Florrick returns to work. The series has seven seasons which premiered on September 22, 2009, on CBS. On May 8, 2016, The series concluded with seven seasons. The series is available on Amazon Prime Video and Voot.

An American satire and comedy-drama television series The Politician, produced by Kenneth Silverstein, Jeff Dickerson, Kristin Bernstein, Eryn Krueger Mekash, Todd Nenninger, and Lou Eyrich whereas the series is created by Ian Brennan, Ryan Murphy, and Brad Falchuk. The series starts with Bette Midler, Rahne Jones, and other cast members. Rotten Tomatoes gave 48% to the series and the series got 7.5/10 from IMDb. Even if you don’t like politics, you should watch this one, and you are definitely going to love it. It’s not like other political dramas. The series has two seasons, which premiered on September 27, 2019, and is running till the present. The running time of each episode is around 28–62 minutes. Netflix and Amazon Prime Video, where you can watch it.

An American- Canadian political drama and conspiracy thriller television series Designated Survivor. The show is created by David Guggenheim and produced by Richard Klein, Ann Kindberg, and Tommy Burns. The series set up in beautiful locations of the series are Toronto, Ontario, and Washington D.C. The series stars Kiefer Sutherland, Italia Ricci, Ben Lawson, Jake Epstein, and Paulo Costanzo. The first season of the series premiered on September 21, 2016, on ABC while season 3 premiered on Netflix. And the series concluded on June 7, 2019. With the perfect blend of the genres, the series gained a lot of popularity among the viewers. The storyline of the series starts with an explosion, which destroys the Capitol building. The explosion leads to the death of the President and everyone in the lines of succession. Only one person left named Thomas Kirkman. And the story continues how Thomas Kirkman struggles and faces different challenges on his way.

An American political drama with a little pinch of comedy, Veep, was created by Armando Lannucci. The series is an adaptation of the sitcom The Thick Of It. The series has 65 episodes in seven seasons. The actors in the series are Julia Louis-Dreyfus(the main protagonist), Matt Walsh, Timothy Simons, Reid Scott, Anna Chlumsky, Tony Hale, Gary Cole, and many more. This entertaining series got good reviews from the audience as well as good ratings. IMDb rated the series 8.3/10 whereas the series got 93% from Rotten Tomatoes. The series premiered on April 22, 2012, on HBO, and with 7 seasons it concluded on May 12, 2019. The series starts with the life of the main protagonist, who is the fictional President of the United States. She along with team members faces a struggle and wants to maintain the legacy, But she faces many political issues on her way.

An American psychological and political thriller television series, created by Howard Gordon and Alex Gansa. The series is adapted from the Israeli series Prisoners of war. Homeland also got a good rating of 8.3/10 by IMDb while Rotten Tomatoes gave 85% to the series. The main stars of the series are Claire Danes, Jackson Pace, Morena Baccarin, Diego Klattenhoff, Sarita Choudhury, and a number of great actors. The series consists of 8 episodes with 96 episodes. On October 2, 2011, the show aired on Showtime and the previous year the show concluded on April 26, 2020. This series showed the political and psychological drama together.

An American action, crime, and superhero television series Daredevil. Drew Goddard created the series. The series starts with Charlie Cox, Deborah Ann Woll, Jay Ali, Joanne Whalley, Elden Henson, Vicent D’Onofrio, Bob Gunton, Ayelet Zurer, and some others cast. This series is a squid popular among viewers, and also it got 92% by Rotten Tomatoes and 8.6/10 by IMDb. The series is based on the Marvel comic Daredevils by Stan Lee and Bill Everett. This comprises three seasons with 39 episodes in it. On April 10, 2015, The first season of the series premiered on Netflix. On October 19, 2018, The show concluded with three seasons. This is the most recommended series and if you liked House of Cards then you should watch it for sure.

An American political drama television series West Wing. Aaron Sorkin created this phenomena series. The show is liked by audiences from all over the world. An IMDb rated the series 8.8/10 while it got 75% by Rotten Tomatoes. The series starts with Moira Kelly, Dule Hill, Rob Lowe, Alan Alda, Richard Schiff, Martin Sheen along with some great cast of the series. With seven seasons and 154 episodes, this is a must-watch show. It has an interesting plot. This series ran on the NBC network from September 22, 1999, till May 14, 2006.

An American political and legal drama television series Pearson. The television series is created by Aaron Korsh and Daniel Arkin. It got an IMDb rating of 6.9/10 and Rotten Tomatoes rated it with 72%. With just one season, the show gained popularity among viewers. On July 17, 2019, on the USA Network, season 1 premiered and with just 10 episodes it concluded on September 18, 2019. The main protagonists of the series are Gina Torres, Elise Goree, Bethany Joy Lenz, and Simon Kassianides. It follows the story of the main protagonist who is caught in the dirty politics of Chicago.

A Netflix television historical drama series The Crown, created by Peter Morgan. The series is all about the reign of Queen Elizabeth ll. Historical dramas are loved by a minimum number of audiences, but it’s not the case with this series. This is something you should definitely watch.  This series has four seasons which comprises 40 episodes. On November 4, 2016, the film officially premiered on Netflix and it’s also running till the present. It also got a good rating by Rotten Tomatoes i.e., 90%. This series can never disappoint whether you used to like historical dramas or not. The series is available on Netflix so you can watch it there.

A British Political thriller drama television series Bodyguard. The show is created by Jed Mercurio. It has an amazing plot that you could not resist yourself watching. Rotten Tomatoes rated it with 93%. The suspense of the series really pulls you in and you’ll be unable to resist it. The series stars Richard Madden, Sophie Rundle, Vincent Franklin, Paul Ready, and other cast members.

The series has only one season which comprises 6 episodes. On August 26, 2018, the series premiered on BBC One, and on 23 September 2018, the show concluded. The series shows political issues.