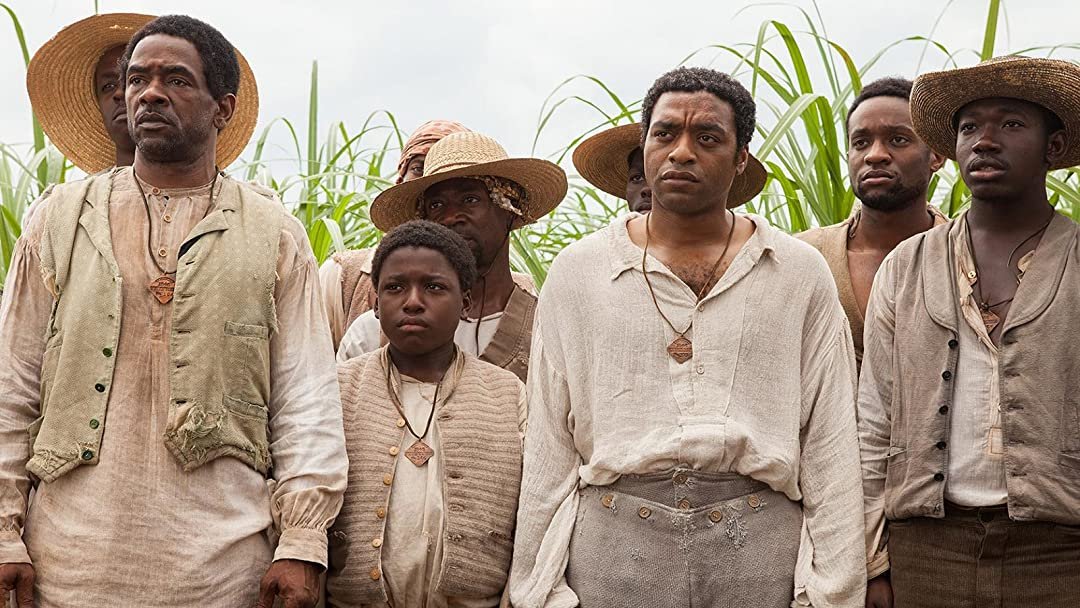 Directed by Steven McQueen 12 years a slave is a 2013 film that won various accolades for its amazing representation of the struggles of slaves in the 18th century and how often the plight of the black was ignored. For all who are shaken after watching the cruelty shown towards the plantation slaves it will be hard to accept the truth that this movie is in fact a screen adaptation of the biography of Solomon Northup called – 12 years a slave.

Now for those wondering why 12 years it is so because Solomon Northup was not a slave by birth. He was born a freeman and lived with his wife and children in New York with a taste for music when one day he was lured by two men under the pretext of getting to play music and taken to Washington DC where he drugged and sold to slavery and thus began his 12 years of slavery. To the ones reading about this the first time here is something that might keep you going, that even though he was sold into slavery the man went through all the struggles and was finally a free man. Born a free man and died a free man.

Living in New York as a free African American violinist Northup played beautifully by Chiwetel Ejiofor had a happy life with his family when two white men Hamilton and Brown tricked him into coming with them to Washington DC in order to get a job as a violinist. However, when the trio arrives Northup is drugged and sold to Burch, a man who ran a slave pen. Struggling to tell everyone that he is a freeman Northup ends up getting brutally beaten and sold off to a plantation in New Orleans owned by William Ford played by Benedict Cumberbatch under the name Platt and false identity of a runaway slave from Georgia.

Good with Ford he gets a violin here and works on the fields when one day he ends up in tuft with the plantation carpenter. The fight escalates as Northup beats up the carpenter and the frustrated latter along with his group decide to lynch him and tie him up until they are stopped by the one who oversees the plantation. They are asked to wait for Ford to come and decide. All this time till Ford comes Northup is on his toes for hours with his neck tied to a rope struggling to survive. Saved by Ford only to be later sold to another plantation owner Edvin Epps played by Michel Fassbender Northup asks Ford for help but all in vain.

The major hardship of his life starts on the plantation of Epps. Epps was a sadistic, brutal person who is in habit of beating up his slaves with belts and whips and giving them a hard time. Here the character of Lupita Nyong’o is launched as a slave Patsy who is raped regularly by Epps and mistreated by his wife. The role of Mrs. Epps is played by none other than the beautiful and talented Sarah Paulson. Later on, Epps due to losses lends his slaves to the neighboring plantation where Northup gets to play the fiddle and keep his earnings. With these saving Northup tries to send a letter to his friend through a former overseer Armsby only to get betrayed again. Armsby rats him out to Epps who would have killed Northup if he was not convinced by the latter that Armsby was lying. The most painful part of the movie is when Northup has to beat Patsy on the order of Epps as she went asking for soap to the neighboring plantation. In dilemma, in order to save himself from harm, he beats her up a dozen times making her bleed and cry.

It was when he meets another Canadian Labor Samuel Bass played by Bratt Pitt that he finally gets help in getting a letter to his friends and finally getting freedom. Northup gets to meet his family where his daughter was already married and has a son named after him. He has specified in the memoir that even though he mentioned all the hardships there is the silver lining that at least he got to come back and out of the slavery, unlike so many others who are born a slave and die a slave working on those plantations.

The film was nominated for 9 and won three at the Academy– Best Picture, Best adapted screenplay and Best supporting actress by Lupita Nyong’o. The film also received Golden Globe for best motion picture drama and Best Film and Best Actor for Ejiofor by the British Academy of Film and Television Arts. The film is now notified at number 44 as the best fill since 2000.

MUST-READ| IS AMERICAN SNIPER A TRUE STORY? THE REALITY MIGHT SHOCK YOU!