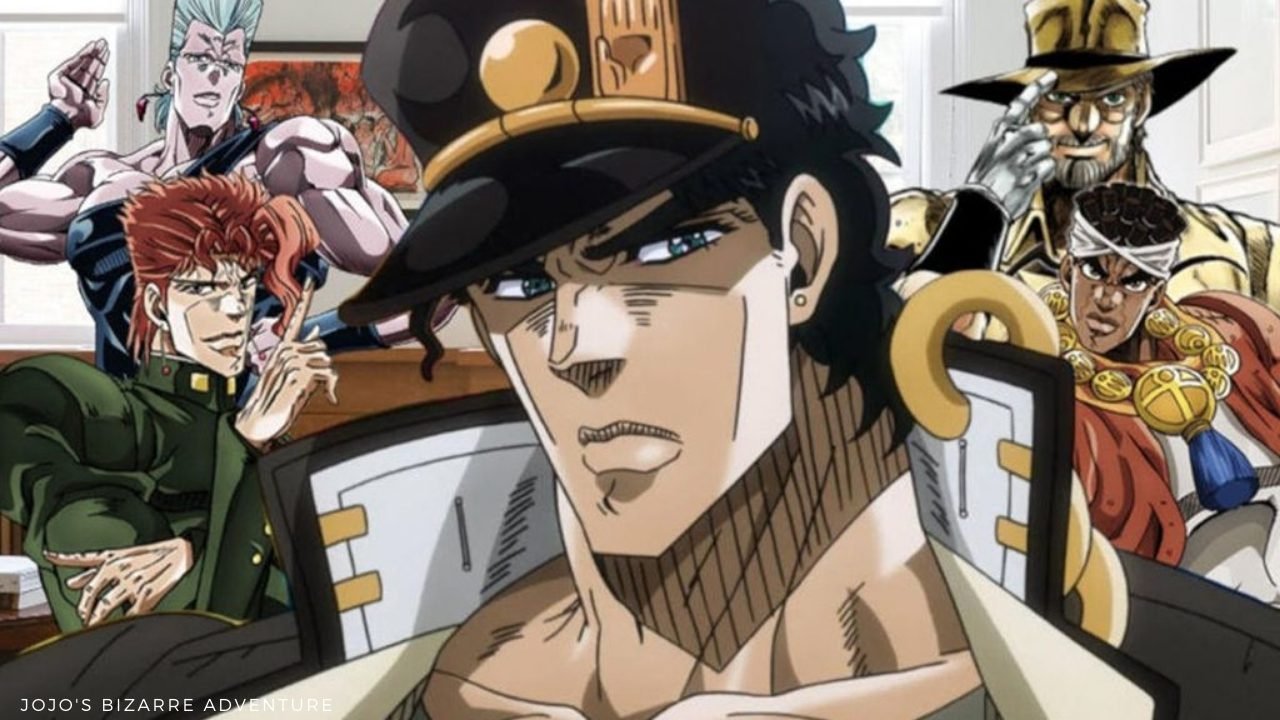 If you are a fan of anime you must have watched Jojo Bizarre Adventure. If not you must have heard about this show which has received love and praises from all across the globe. It managed to get love from the audience on various platforms which reflects in its ratings. The plot of the show revolves around Hamon which is a martial art technique. If you have not watched this anime already, watch it on Netflix. the show can be binge-watched on Netflix with a premium account.

So, the first show on our list is Punch Line which is a Japanese anime television series which was premiered on April 9, 2015, to June 25, 2015. It is directed by Yutaka Uemura and had 12 episodes in total.

The plot of the show revolves around Yūta Iridatsu who lives at the Korai House Apartment with four other girls. One day, Yuta finds himself turning into a spirit.  Now, he had to learn to master his spirit powers to save his flatmates. It is quite interesting to watch and is able to keep the audience hooked up to the show. In case, you want to take a look at this anime, it is available on Netflix.

If we are talking about shows like Jojo Bizarre Adventure, we have to talk about Food Wars! This Japanese television anime show is written by Shogo Yasukawa. It has managed to get amazing ratings on various platforms. The series is set in Tokyo, Japan where only a few students are able to graduate. As the name already suggests, it is also based on hotels and food. The show is available to Netflix for worldwide streaming.

ALSO READ: Is One Piece Worth Watching? Read Here!

A Japanese anime television series which was directed by Noriyuki Abe revolves around a 14- years old delinquent, Yusuke Urameshi. He is hit by a car and was killed when he was trying to save a young boy while pushing him out of the way. His ghost is greeted by Botan, a woman who is the pilot of the River Styx. Here, people might be judged for the afterlife. She informs him that his act has surprised everyone and there is no place for him neither in heaven nor hell. Koenma offers him a chance to return to his body after passing certain tests. He passed all the tests and returned to his body. There, he was titled as Underworld Detective whose main work was to investigate all the supernatural activities within the human world. He has given his first case. This series is fun to watch and all the audience must give it a shot once. The show is available on Hulu.

The show is set in a world where most human are able to develop superpowers which are called Quirks which starts occurring in children from the age of four. According to the reports, it was estimated that 80% of the population had quirks. Few of the individuals earn the title of Heros who cooperate with the authorities to find people who abuse their superpowers. They are commonly known as villains. So, coming to the plot of the show now, this revolves around Izuku Midoriya who wants to become a hero. However, he does not have any quirk and is bullied by his childhood friend for the same. If you want to watch the show, it is available on Netflix with a subscribed account.

5. Fist of the North Star

There was a nuclear war around the 1990s which resulted in the destruction of most of the civilization turning the world into a desert wasteland. Kenshiro wants to live a happy and peaceful life but he is separated from his fiancée, Yuri. After this, he started his journey as the savior of the post-apocalyptic world. Amid this, he meets Bat and Lin who join him in his journey. You can stream this show on Crunchyroll for free.

This show takes place in the future when the earth is ruled by Lordgenome who wants mankind to live in isolated villages. Simon is an ordinary boy who finds peace and solace in his best friend who is like a father figure to him, Kamina. He motivated and encourages Simon to join his gang which is called Team Gurren to help him to achieve his dream of visiting the surface world. You can stream this anime on Netflix with a subscribed account.

Guilty Crown has successfully managed to make its way through people’s hearts all across the world. How can we leave this anime when we are talking about shows which are similar to Jojo Bizarre Adventure. Directed by Tetsuro Araki, this Japanese anime television series is set in Japan where a biological hazard causes destruction and plunges Japan into a state of chaos. It asks help from United Nations and a separate committee was formed which was known as GHQ. It was able to solve all the problems but at the cost of freedom of Japan. After 10 years, Funeral Parlor starts a campaign against GHQ asking for their freedom and liberty. If you want to know what happens next, you can watch the show on Netflix.

There is havoc in the cities of the powerful continent, Earth. To fight this, he creates the Hero Association which employs super Heros to fight with them. You can watch One-Punch Man on Hulu.

Bakki Hanma is raised by Emi Akezawa, who is a wealthy mother. She funds Bakki’s training hoping that he would become a powerful warrior just like his father. As the show progresses, he outgrows his traditional training and meets many powerful warriors along his way. He fights with his father and is beaten. After this, he travels around the world while continuing his training. Even this show is available on Netflix and you can watch this there.

The show revolves around Asta who is an Orphan girl and is raised in an orphanage with Yuno. Everyone has the ability to utilize mana as the magical power but Asta has no magical powers. So, she focuses on her physical strength. The show is currently available on Funimation and Crunchyroll.

ALSO READ: 12 Anime like Madoka Magica That You Must Watch

11. The Daily Life of the Immortal King

It has to take its place in the list of anime that are similar to Jojo Bizarre Adventure. The show revolves around Wang Ling who has powers beyond his control. However, when he turns sixteen, he has to face his greatest battle which is Senior High School. The show is currently streaming on Netflix.

This Japanese anime television series directed by Noriyuki Abe revolves around a young boy called Gon Freecss who knows that his parents are dead. However, he learns that his father is still alive. After this, he decides to leave his home for the hunter examination where he becomes friends with the other three applicants. Here, the show takes a turn that we will not reveal. If the plot sounds interesting to you, you can watch this show on Netflix.

This show revolves around a group of warriors who are wrongly accused of a crime that they have never done. Elizabeth meets Meliodas who accepts to help the princess. Soon, Elizabeth learns that he is the captain of the seven deadly sins. You can watch this amazing anime on Netflix.

This show is set in 1013 AD in England which is conquered by Sweyn Forkbeard who is a Danish King. Upon his death, his sons start fighting over the succession. You can watch Vinland Saga on Netflix.

15. Classroom of the Elite

We have come to the last show of our article. According to us, the last show is Classroom of the Elite. It revolves around Kiyotaka Ayanokoji who is a student of section D where all the inferior students belong. He is not good at making friends but is very intelligent. In the class, he meets two other students which changed his life. He started to take part in the affairs. This show is fun to watch. If you want to take a look at it, it is available on Netflix.

So, this was our list. We hope we have included every anime which are similar to this show. Let us know in the comment box if you have watched any one of these and if we left your favorite shows. As of now, we hope you would enjoy watching these shows and we will get back to you with another piece of an article very soon. Happy Watching!

ALSO READ: 12 Anime like Classroom of Elite That You Must Watch