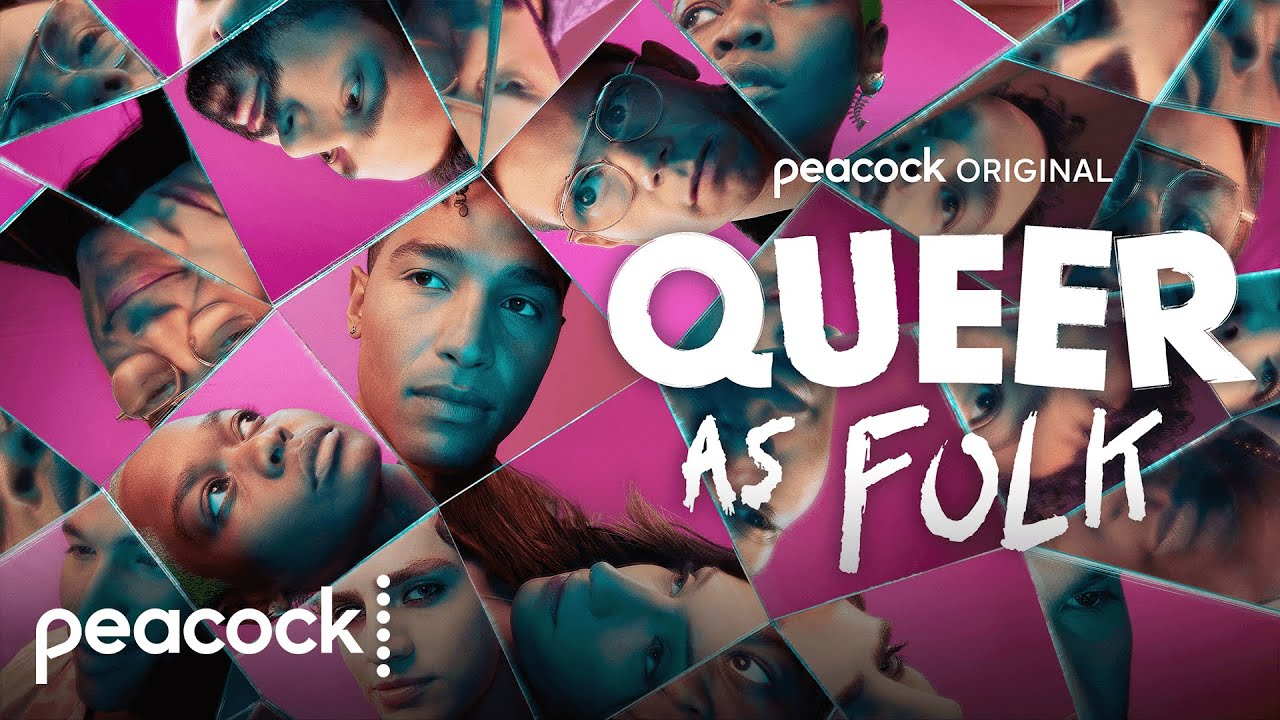 Queer As Folk is a series that has been seen to be growing in people’s interest as soon as it has been released. The show holds a very special theme that is not seen in every series. So here is a list of shows that are very similar to Queer As Folk.

Noah’s Arc is an American cable television series that was created by Patrik-Ian Polk. This comedy-drama was first premiered on October 19, 2005, on Logo Networks. The series consists of two seasons that tell of a group of black gay friends who share their lives experience and other stories with each other. The plot mainly speaks of the four friends, Noah, Alex, Ricky, and Chance.  We see them struggling in a society where social issues like same-sex dating, marriage, HIV, AIDS, homophobia, and gay-bashing are seen frequently.

Grey’s Anatomy is an American television series that premiered on March 27th, 2005. This medical drama was distributed by the American Broadcasting Company (ABC). The series tells us about the lives in a hospital, that includes interns, residents, and other attendings. The plot revolves around Meredith Grey and how her life goes about as she accepts the surgical residency program at Grace Hospital. She gets to know about different types of people and patients and brings interesting turns and twists to the series.

Downton Abbey is a British television show that is created by Julian Fellowes who was also given the credits for co-writing the plot. This historical drama is set in the early 20th century. The plot speaks of the life of the Crawley family and their servants. We get to see all sorts of happening in their family and among their staff which brings in the drama. This fictional series takes parts in the events like First World War, the Spanish influenza pandemic, and other historical events. Downton Abbey has won several awards for its excellent acting and drama, including a Guinness World Record for the most critically acclaimed English-language television series in 2011.

Looking is an American television show that is made with the help of Michael Lannan, and David Marshall Grant who is credited for the creation and the production of the series respectively. This comedy-drama was first released on January 19th, 2014 which gives a plot where that talks about the LGBT. The series holds the story of Patrick Murray and his friends, where we see Patrick’s life and his personality develop throughout the entire series. The series was highly criticized for its writing and directing since it is LGBT-centric.

This Is Us is a family-drama television series that was released on September 20th, 2016. This American series was made by Dan Fogelman and was aired on NBC. The story speaks of a family, a couple with their three kids, Kevin, Kate, and Randall. The series continues in the present yet with some flashbacks that show the viewers about Kevin, Kate, and Randall’s past. The story is comprised of family drama, romance, and a major character’s death that brings in the tragedy in the plot. This series of six seasons brings us to the whole world of Pearsons and their life stories.

Pose is an American drama television show that was created by Ryan Murphy, Brad Falchuk, and Steven Canals. They present a series that is based on New York’s drag ball culture which is an LGBTQ subculture in the African American communities. This culture features dancers and models who are to compete with each other in it. The series aired from June 3rd, 2018 to June 6th, 2021. The series is set in the year 1987-1994. They tell us about this subculture in more detail and other problems that the LGBTQ+ community faces during that time of the century.

Gentleman Jack is a historical drama series that was created by Sally Wainwright. This British television show is set in the 1830s in Yorkshire. The series is a result of BBC ON and HBO co-production and it was released on 22nd April 2019 and 19th of May 2019 in the United States and the United Kingdom, respectively. The ongoing has been quite popular for its theme and the plot that was able to grasp people’s attention towards itself. Based on the collected diaries of Lister, this series shows us how lesbian relationships are described in those diaries.

Tales of the City is an American drama miniseries that has been based on Armistead Maupin’s book series of the same name. The series has been taken by Netflix that was first premiered on 9th June 2019. The story tells us about a bunch of people with different perspectives and characters, making the series very interesting and fun. Mary Ann Singleton comes back to her 28 Barbary Lane after so many years, and she gets caught in a mess that was made by the people around her. The series has won the GLAAD Media Award for Outstanding Limited Series at the 31st GLAAD Media Awards.

Looking for Alaska is an American teen drama miniseries that is created by Josh Schwartz. This series is based on John Green’s 2005 novel of the same name. The series was finalized after the continuous delay of the film adaptation which led to the production of 8-episode miniseries by Hulu. The plot speaks of a boy named Milter Halter who transfers to a boarding school where he meets Alaska Young and his life takes a turn that can’t be reversed anymore. The series has been making people gather their attention towards it.

Roswell, New Mexico is a science fiction series that is created by Carina Adly Mackenzie. The series is for The CW. The series is based on Melinda Metz’s book series named Roswell High. This series marks to be the second television adaptation of the book series. The series speaks of how a girl Jeanine finds out about the true identity of her high school crush who is an alien. Yet she keeps the secret to keep him safe and keep him out of the range of the violent attack.

The L Word: Generation Q is an American television series marked as a sequel series of the famous series The L Word. This series is created by Ilene Chaiken and was released on December 8th, 2019. The series tells us of a group of friends from the LGBTQ community. The plot talks about heartbreaks, sex, setbacks, personal growth, and success as this group of friends try to live their life in Los Angeles. The series has successfully gained fans from all over the world and has brought a lot to the series as a whole.

Emily in Paris is an American comedy television series that has been created by Darren Star. The series is a Netflix original that has gained a lot of fans from all around the world. The series is set in Paris where we see Emily who is an American who has moved to France. She works in a firm and was in France to provide an American point of view to the French marketing firm. She experiences a whole new life while she lives among the French people and tries to get adapted to their culture. The series was first released on October 2nd, 2020.

Love, Victor is an American television series that is created by Issac Aptaker and Elizabeth Berger. This teen comedy-drama introduces us to a boy named Victor, half Colombian-American. The story is all about him and his life in his new school. The series is entertaining as we proceed through the series. The series also talks about his struggles and his newly rising sexual desires and confusion. The series was first released on June 17th, 2020, and is presently ongoing with two seasons in the series.

It’s a Sin is a British pure drama miniseries that is created by Russell T Davies who is also credited for the story writing. Red Production Company holds the production of this series. Set in the year 1981 to 1991 in London, we get to see a group of gay men and their friends living in a time when HIV/AIDS was severely criticized by the people. We see them struggling to keep going through the backlash and brutal comments passed by society.

Heartstopper is a British coming-of-age romantic series that has been adapted from a webcomic of the same name. This webcomic is created by Alice Oseman. The story introduces us to Charlie Spring, a boy who was struggling with his sexuality as he falls in love with his classmate, Nick Nelson. The series has been very famous among the viewers for its concept and sweetness that we can see as we proceed through the series. This ongoing series was released on 22nd April 2022.