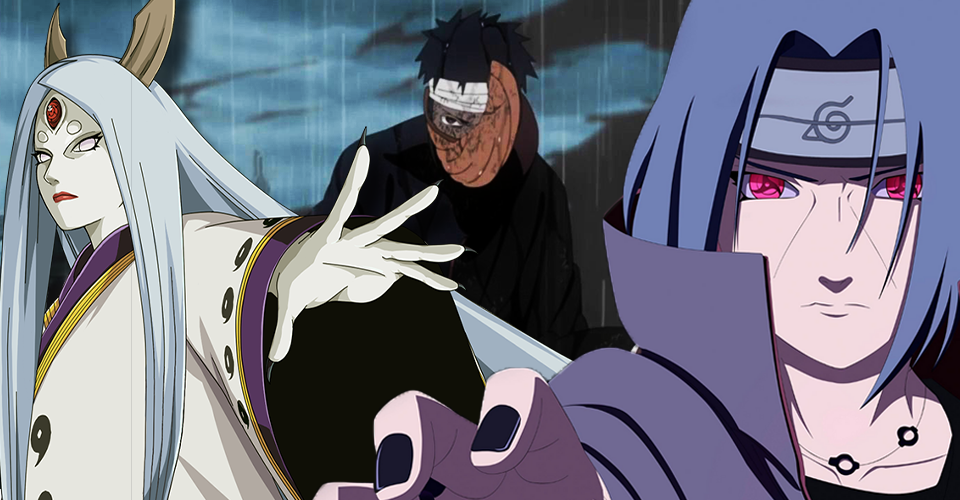 How have you been Naruto fans? I hope you guys are in the pink of health and must be having fun while watching Naruto and other adventurous anime. If you’re a rookie in this fandom and want to know inside out about Naruto then read this article. Let’s go!

Naruto manga and anime series always have a special place in the hearts of their fans. It’s been quite a long time since the Naruto manga and anime series concluded, but the craze of the series is still in the fandom. Naruto is a wholesome series with a combination of genres adventure, martial arts, and fantasy comedy. For all the Naruto fans out there, I’m back with another article about the 15 strongest characters of Naruto. Anime fans are always curious to know everything inside out about their favorite anime regardless of characters, storyline, or spoiler.

After receiving incredible reviews from the audiences, The series got a rating of 8.3 out of 10 by IMDB whereas MyAnimeList rated the series with 8 out of 10. If you haven’t watched Naruto until now, then I have to say you are missing out on something worthwhile. Once you start watching it you will be glued to the screen, and you will know that anime is not all about fights but sometimes it has inspiring stories and you can learn something from the series. Let’s not beat around the bush and start the article to know who are the 15 strongest characters of Naruto. Let’s Start!

Kaguya Ōtsutsuki is a member of the Ōtsutsuki clan, after eating from the forbidden god tree, she became the first wielder of chakra and quite well known by the name Mother of Chakra. But what’s the reason that makes Kaguya one of the strongest characters in Naruto? So the reason behind Kaguya being strongest is that she can change time and space, she can even know the feelings of others and read their thoughts too. Can’t even Naruto beat her? So no!  Naruto can not even take her on alone, and she even has an unmatched visual prowess and that’s why Kaguya Ōtsutsuki becomes one of the strongest characters of the series Naruto.

Naruto is the main protagonist of the series, so he must have immense power as the main character of the series. By the giant Rasengan attacks, he can make thousands of physical copies. He can even use Nine-Tailed Cloak, and by using it he can surround himself with a boiling aura of chakra which gives him beast-like abilities, also let him use Tailed-Beast Bomb and even extend his limbs. Not only this, but also he has other powers like in his sage mode, he can use Rasenshuriken and Frog Kata physical combat technique, by this mode he can throw like discs. Naruto can even move faster than the lighting, and without any doubt, he is the strongest human in the series.

Sasuke Uchiha is a former member of the Uchiha clan, and he belongs to the notorious ninja family. He can use Phoenix Flower Jutsu, Lions Barrage, Hidden Shadow Snake Hands (this technique came from Sasuke’s time with Orochimaru and legendary Sannin taught a lot of jutsus to young Uchiha and that’s what we saw in the series.) Sasuke Uchiha is one of the few ninjas in the modern age who pose a threat to Naruto Uzumaki. For countless times, Sasuke Uchiha proved himself as a physical match to Seventh Hokage. Is he the strongest? So yes! There is no doubt that Sasuke Uchiha is one of the strongest characters of the Naruto series.

Hashirama Senju is also a well-known boy named God of Shinobi and the First Hokage. He has a hobby of gambling and the main goal of his life is to bring peace to the world, so we can say that he was fighting for peace. Hashirama Senju is a founder of a hidden Village in the leaves named Konohagakure and leader of the Senju Clan. He was also the mentor of Hiruzen Sarutobi, Third Hokage. He has the power or skills of Sage Mode and Wood Release. Hashirama Senju was a great Ninja as well as a rare wood Jutsu user.

The character Madara Uchiha debuted in the universe of Naruto in Naruto Shippuden Episode 321. He is one of the antagonists in both anime and manga series. He has always been interested in obtaining his goal of Infinite Tsukyomi and a challenging battle.  And not this but he is also one of the strongest members of the Uchiha clan. Madara Uchiha was also capable of reading his opponent’s movements with the Sharingan. The amount of power he has is unbelievable, the list of powers or skills are as Uchiha techniques like Susanoo, Rinnegan, Superhuman strength, Sharingan, Powers of the Ten-Tails as the Ten-Tails Jinchuuriki, and Eternal Mangekyo Sharingan. There is no doubt in saying that Madara Uchiha is one of the strongest shinobi in history.

Nagato is also famous for the names Child of the Prophecy, Third Six Paths, Pain, God, and Saviour of this World. He has a main hobby of practicing Ninjutsu. Being a villain of the series he has committed several crimes like mass murder, using corpses as weapons, terrorism, sacrificial ritualism, abduction, abuse of power, and mass destruction. He always had a goal of gathering the nine Tailed Beasts and using their power to scare the world away from war. The reason he is on the list of strongest characters of Naruto is his immense power like Rinnegan, High intelligence, Combat prowess, Gravity Manipulation, Control over life and Death, Soul Removal, Body Parts Weaponry Transformation, Energy Absorption, and many more.

Indra & Asura Ōtsutsuki are the sons of Hagoromo Ōtsutsuki and are Celestial Being-Human hybrids. Indra Ōtsutsuki was thought to be a quite good successor of his father’s teaching as both were worthy to become the successor of his father, but somehow Hagoromo declared that his younger brother Asura Ōtsutsuki would be inheriting. That decision led to a fight between two brothers. Indra was credited for being the creator of ninjutsu whereas Asura was credited for being the progenitor of Uzumaki clans and Senju. Both the brothers were stupendous throughout the series and the battle between the brothers is quite well famous among the fans of Naruto.

Obito Uchiha is also known by the name Tobi. He was the leader of Akatsuki whereas Secret Leader of Kirigakure. He was a member of the Uchiha clan. He can absorb chakra. Obito Uchiha was initially believed to have died during the Third Shinobi World War but was somehow not only saved but also trained by Madara. Then he inherited the plan of Madara to create an ideal world. And during the end of the Fourth Shinobi World War, he had a change of heart and sacrificed his life to save the world he wanted to change. Without a doubt, he was one of the strongest characters of the Naruto world.

Itachi Uchiha was a shinobi of the Uchiha clan of Konohagakure and he even served as an Anbu Captain. But after murdering his entire clan except his brother named Sasuke Uchiha, he became an international criminal. Later he joined Akatsuki, which is an international criminal organization. The activity of the organization brought him into conflict with Konoha and its ninja. After the death of Itachi Uchiha, it was further revealed that all his actions were in the interest of his village and brother. That makes him a loyal shinobi of Konohagakure. The power of Itachi was not truly known, but he remains the strongest character of Naruto.

Hiruzen Sarutobi was the son of Sasuke Sarutobi and Asuma Sarutobi. He was the Third Hokage of Konohagakure. In the anime series, you will get to see that he followed the lead of Kakashi Hatake, but in the end, he found that Orochimaru was behind everything. All the fans of Naruto well know how strong Hiruzen Sarutobi is. And the truth behind his life ending up was not lack of power but some other reasons.

Orochimaru is one of the legendary Sannin of Konohagakure. He was always ambitious to know every secret in the world existed, to do that he seeks for immortality, so he can accomplish all his tasks. Once he was caught while performing some unethical experiment, and rather than be persecuted for his ambitions he defected from Konoha. The great ability to summon great ninja from the past makes him quite useful in the battle. In this long-running series he stands out as one of the greatest and strongest characters, I guess all the viewers must agree with this statement.

Might Duy has a son named Might Guy, who was known as Eternal Genin throughout Konoha. He is jōnin of Konohagakure. Sometimes he might seem silly but never fall into this trap. He is one of the strongest characters and he even has immense power. He is quite unmatched in fighting ability as he was a master of taijutsu. But with no ninjutsu or genjutsu, he always has to work a little more to stand out as Leaf Village shinobi.

In this article, we have already come to the end, and one more character is left on this list. But first, let’s get to know something about Jiraiya, he is also one of the strongest characters of Naruto, apart from being strong he is also the finest teacher of Hidden Leaf. He has such great power and ability that he was even approached to serve as Hokage of Hidden Leaf. From this, we can imagine how powerful Jiraiya must be.

Last but not the least, Killer Bee is also a powerful character, and with his power, he can become a great shinobi like Naruto, but he chose to become the world’s greatest rapper. He was quite strong but later he gained some power from Kisame Hoshigaki and became much stronger. During his countless battles and in his daily conversation rhythm and rhymes can be heard.

I hope you guys had fun while reading this article about the strongest characters of the series Naruto and get to know more about your favorite series. But if you have not watched the whole series of Naruto yet or don’t know where to watch or want to watch it again then for all the fans Naruto is streaming on Netflix. Do watch the series and let us know your reviews in the comment section presented below. Till then have fun, stay healthy and stay connected with ThePoptimes for more such articles about your favorite shows and movies!