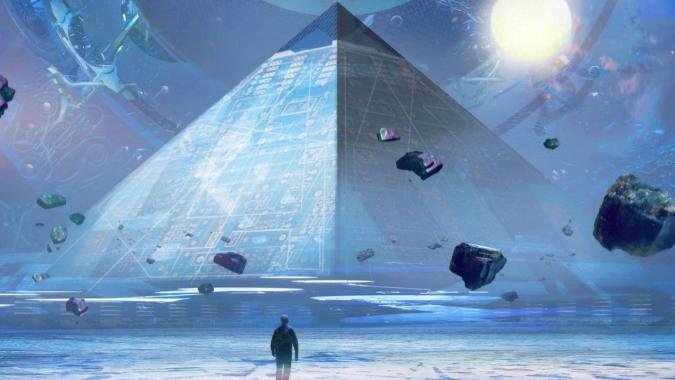 Tudum event has always been one of the exciting events that leave all the viewers excited for new content and stories. The recent Tudum did the same and among several talked about upcoming projects one project that everyone has been excited about is the 3 Body problem.

This series is based on the novel of the same name written by Liu Cixin and the fans of the novel are really excited about the adaptation that Netflix finally landed up with. The series is a science-fiction drama which has been written by David Benioff, and D.B Weiss who also wrote GOT along with Alexander Woo who is also the executive producer among several others. It stars some popular actors which have made all the viewers curious to know when is the series releasing. So, let us give you all the details in this article about the series.

The United States sci-fi drama series that has become the talk of the town everywhere is set to be released in the year 2023. The actual date of release has not been released or announced yet but the one thing that you can be sure of is that along with various lined-up projects 3 Body Problems will be released next year which is in 2023. So, get prepared for all the exciting journey and fight that you will witness in this series.

READ MORE: Guardian The Lonely and Great God Season 2 Release Date: Any Guesses For The Date?

The story written by David Benioff, D.B Weiss and Alexander Woo based on the famous novel is based on the first contact that takes place between humans and aliens. The human gets introduced to the life of aliens who are from Trisolaris which happens to be their planet. The story will introduce the war that has been there between both the clans for years and now the human clan is preparing to fight the other species’ force. The story that will be shown in this series is based on the first book of the trilogy that talks about the murder of Ye Wenjie’s father during the time of the Cultural revolution that was taking place in China.

This era in the trilogy is also known to be suicidal for scientists because of being involved in the society of Frontiers of Science. Ye Wenjie gave the aliens the chance to discover the location of Earth and help them to invade. Now if you want to watch how all of this happens and how the aliens will invade the planet and whether humans would be able to fight against the species or not then make sure to take note of the series and watch it when it is released.

The list of cast members in the upcoming sci-fi series includes talented-packed and renowned actors who have made all the fans excited to see the series. The actors involved in the drama are Eiza Gonzalez, Benedict Wong, Tsai Chin, John Bradley, Liam Cunningham, Jovan Adepo, Jess Hong, and Marlo Kelly. It also includes Alex Sharp, Sea Shimooka, Saamer Usmani, Jonathan Pryce, Rosalind Chao, Ben Schnetzer, and Eve Ridley. This is the list that has been released at the time for now officially.

If you are thinking about where to find out some looks and teases of the series, then leave it to us because we know where you can. You can watch the sneak peek of the series along with behind-the-scenes on the official YouTube channel 0of Netflix. The teaser and the cast were introduced in Tudum, which is the official global Netflix fan event by Netflix. In terms of the official teaser, nothing has been released yet. But the moment it will be released we will inform you about the updates. So for the time being till the time the official trailer is released watch the Tudum release and get a glimpse of the cast and a little clip.

Where To Watch 3 Body Problems Online?

The adaptation of the famous novel of the same name will be exclusively available on the OTT platform, Netflix. So, make sure to renew or get your hands on the platform as the time comes because we know you wouldn’t want to miss the series or any teasers and trailer that is going to be released soon. So, make sure to make a note of the series in order to not forget it. Till then we will keep you updated with more details on the upcoming release and anything related to it.