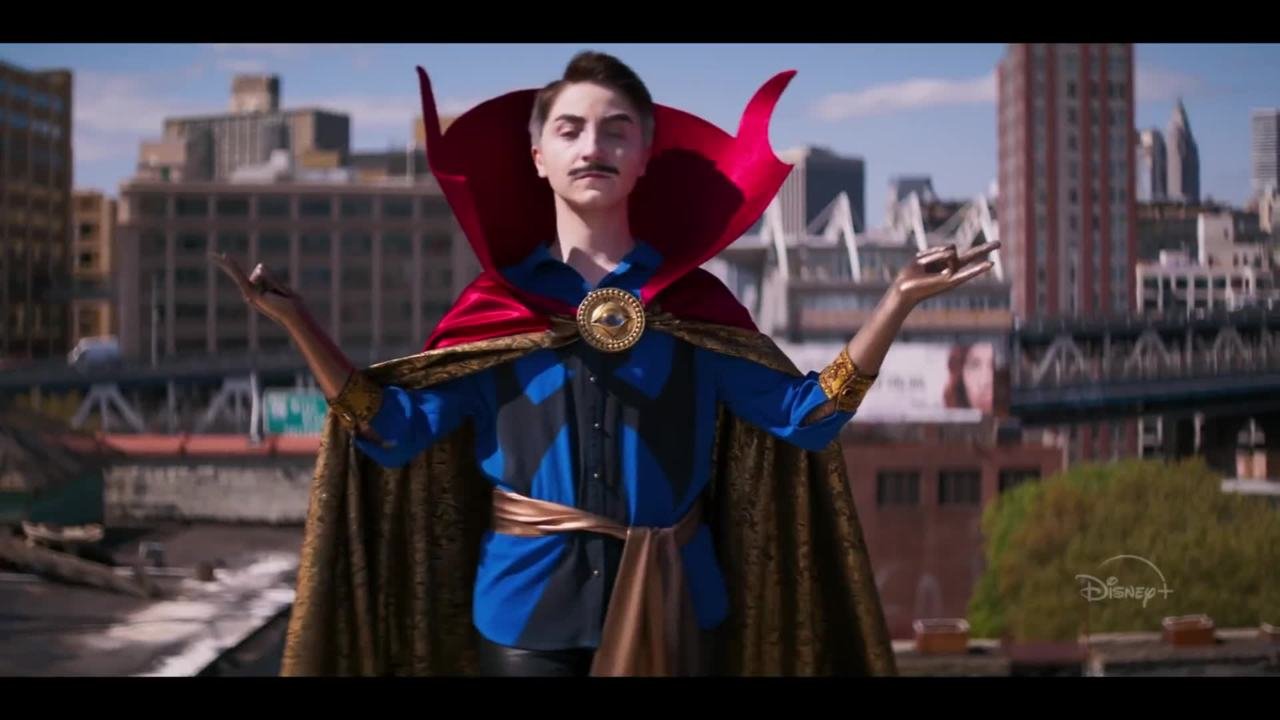 ‘Marvel’s 616’ is an anthology series that delivers together a diverse group of filmmakers to take audiences behind the scenes of comic-book origins and the creative process which brings the characters to life. The Marvel Universe is “outside your window,” as Stan Lee famously observed, and people should be allowed to view themselves as heroes. The series examines how today’s Marvel Universe connects with the rest of the globe. David Gelb devised the docu-series, which will be broadcast in November 2020. Shows like this demonstrate the strength and dedication of Marvel’s fan base, as they are as interested in seeing something which doesn’t include “superheroes” performing “super” things.

Eight separate filmmakers present a narrative in their very own unique way in this eight-part docu-series. The series not only examines the creative process but also the influence that Marvel characters have had on particular people and popular entertainment. It’s two different streets where actuality feeds fiction and imagination fuels reality. Each episode focuses on a different facet of the plot, with the overarching idea of people using their strengths and visions to tell a story through the eyes of Marvel. The first episode is devoted to Spider-Man in Japan and what the cultural crossover means to the fans and the character. Another episode follows the adventures of five cosplayers, while another focuses on the “lost” Marvel characters. Season 1’s last episode focuses on the Marvel Spotlight Program, which transforms the Marvel Universe for the theater. In the ever-expanding Marvel Universe, there are many such stories to discover. If there is indeed a season 2, there will be even more diverse perspectives expressed.

Eight different filmmakers collaborate on the eight-part documentary to convey a narrative in their own unique style. The documentary not just to takes us into the artistic process, and moreover examines how Marvel characters have influenced other people and popular culture. It’s a film that highlights how reality can transform into fantasy and conversely. Each episode is based on a different facet, with the overarching idea of people using their abilities and vision to tell stories through the eyes of Marvel.

The first episode focuses on Spider-Man in Japan and what cross-culturalism meant to Spider-Man fans and characters. A further episode follows the adventures of 5 cosplayers, whereas a third focuses on the search for “lost” Marvel characters. The first season’s last episode focuses on the Marvel Spotlight Program, which adapts the Marvel Universe. In the ever-expanding Marvel Universe, there are numerous stories to discover. If there would be a second season, more diverse viewpoints will be given.

The foundation of Marvel’s rich tradition of revolutionary characters, authors, and storylines that represents reality beyond your window is explored in this series. The plot of this series is mostly concerned with Marvel Universe pop culture.

This seems to be an anthology fascinating documentary that analyses the Marvel Comics Universe’s historical, cultural, and social significance, as well as its intersection with the rest of the globe. It’s a fun series to watch and it’s based on Marvel Comics. So, for a good time, let’s watch the first season.

Since each episode is directed by a different filmmaker, the anthology series does not have a fixed cast because each episode works with a different group of people. Alison Brie, David Gelb, Gillian Jacobs, Clay Jeter, Brian Oakes, Sarah Ramos, Andrew Rossi, and Paul Scheer directed the episodes. Sana Amanat and G.Willow Wilson also appear. If there is a season 2, a new set of filmmakers will most likely be brought on board to introduce new characters. However, depending on the topic that the filmmakers choose to cover, some of these known faces may appear in the following season.

Season 1 is already accessible to view, and if season 2 becomes available, fans will be able to watch it on the Disney+Hotstar platform.