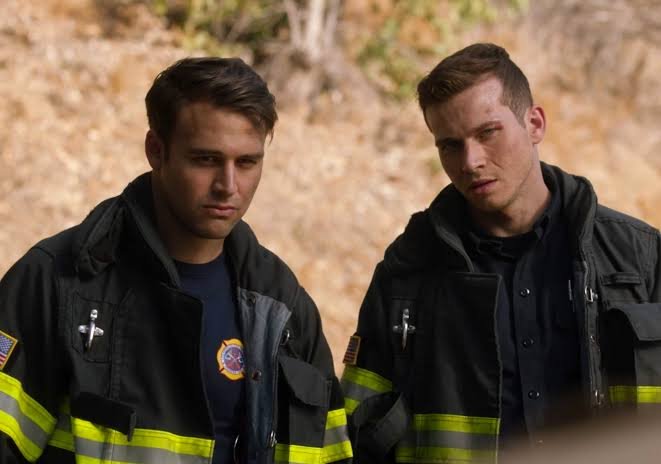 Since Season 5’s successful conclusion, fans are already asking when Season 6 of 9-1-1 will be released. They’ve also been wondering what the new season will bring and how it will surprise the show’s fans. So far, the show has performed admirably for its broadcaster. The show depicts the stressful situations that cops, paramedics, and firefighters face. It discusses PTSD and other serious issues that these heroes face on a daily basis. In addition to all of this, the series also features some family drama.

We see infidelity in one of Season 5’s episodes! There is a man who is married to two women. The man was supposed to be on a plane when his first wife expected him home for the holidays. The woman attempts to contact him in order to compel him to speak with their daughter before boarding. We can see, however, that she is unable to reach him. We see the man’s daughter spotting him with another woman later in the episode. Both women had no idea that the man had an entire family with that woman. The situation quickly escalates into a violent brawl. All of this drama and experience is what distinguishes the show and makes it worthwhile to watch. Let’s speak about everything we know so far regarding Season 6 of 9-1-1.

The Fox series 9-1-1 has been renewed for a sixth season in May 2022. However, the actual release date has yet to be determined. So far, the audience seemed to be enjoying the show. Therefore, we can anticipate its release soon. The new season would follow the same airing schedule as the previous five seasons of 9-1-1. Season 5 premiered on September 20, 2021, and followed the same pattern as previous seasons, with a December break. The project has completed in May 2022. Season 6 is expected to premiere in mid-September 2022 and conclude in March or April 2023 if the previous seasons’ schedules are maintained. The majority of the seasons comprised ten to eighteen episodes. Season 6 of 9-1-1, on the other hand, is expected to have at least 15 episodes.

The series is about cops, paramedics, and firefighters dealing with high-stress situations. They are summoned to the most horrific, unexpected, and life-threatening events. Now, in the series, we witness these brave warriors striking a balance between saving people and resolving their personal concerns, just as they do in real life. As a result, we can’t be certain what will happen in Season 6 of 9-1-1. However, the upcoming season of 9-1-1 is likely to focus on more of the characters’ problems, such as Maddie’s postpartum depression and PTSD. Eddie’s grief at his wife’s death, as well as Chimney and Maddie’s strained relationship. Season 6 of 9-1-1 is expected to be full of drama, and viewers can expect a dramatic, big-budget tragedy that will attract a large number of people.

On Disney+ Hotstar, you can watch all nine seasons of the series 9-1-1. Please watch and share your thoughts on the series in the comments box below. Stay happy till then, and follow ThePoptimes for more articles about your favorite series and movies. Thank you for reading this article to the end. Have a good time watching.