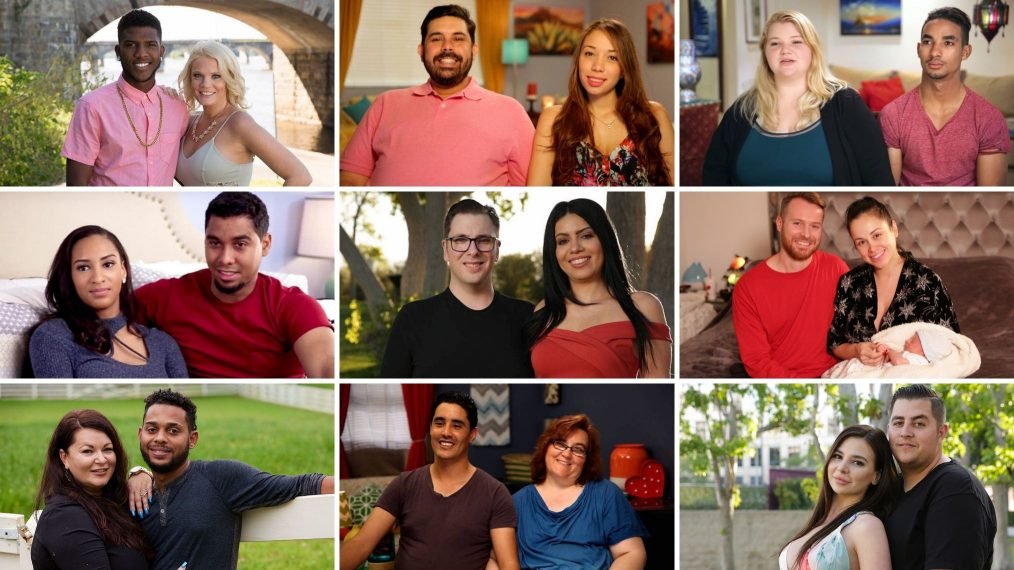 Season 8 of 90 Day Fiancé premiered over a year ago, and fans are eagerly awaiting news about season 9, including the cast, premiere date, and storylines. The 2020 season of 90 Day Fiancé introduced viewers to couples such as Yara Zaya and Jovi Dufrene, as well as Julia Trubkina and Brandon Gibbs. It also saw the return of two familiar faces, Rebecca Parrott and Zied Hakimi.

While Natalie Mordovsteva searches for a new husband on 90 Day: The Single Life, Tarik Myers, and Hazel Cagalitan are either about to or have already broken up. Stephanie Davison, Ryan Carr, Andrew Kenton, and Amira Lollysa, all called it quits a long time ago. Fans, on the other hand, are crossing their fingers for Season 9. They want a new cast, new drama, and happier (or heartbreaking) endings.

The popular reality TV show, which debuted in 2014, follows real-life couples as they navigate the K-1 visa application process. The premise is simple: an American citizen brings a foreign partner to the United States so that they can marry within 90 days.

While the clock is ticking, the couples must overcome a slew of obstacles, including adjusting to new cultures, in-laws, languages, hidden intentions, cold feet, and unfamiliar surroundings. The show quickly established its own universe, with several spin-offs, including the ongoing 90 Day Fiancé. Before the 90 Days, which is set to conclude in March or April.

If 90 Day Fiancé: Before the 90 Days season 5 contains 16 episodes, including a Tell-All (as it did in season 4), the next franchise installment, which could be 90 Day Fiancé season 9, will air in April.

While the exact date of the premiere has yet to be announced, it is expected to replace B90 on Sundays at 8 p.m. ET. Currently, 90 Day Fiancé episodes can be watched on Discovery+ the same day they air on TLC. However, Discovery+ subscribers can watch them a few hours earlier, so the pattern may continue for 90 Day Fiancé season 9.

Will Ariela and Biniyam Return?

Ariela Weinberg and Biniyam Shibre are one couple that fans are expecting to see on 90 Day Fiancé season 9. Ariela confirmed that Biniyam was in America on his K-1 visa during their 90 Day Fiancé.

The Other Way Tell-All. Ari’s siblings recently posted photos of Biniyam at what appears to be his wedding ceremony with Ariela in a Central New Jersey synagogue. Cameras were seen around Biniyam, indicating that they were filming for TLC. Ariela and Biniyam will almost certainly appear on the original 90 Day Fiancé. Along with them, Ellie Rose and Victor McLean, who were also in America during the Tell-All taping, will most likely be cast.

What about Melyza Zeta and Tim Clarkson?

Tim Clarkson and Melyza Zeta announced their engagement in March of this year, and the Colombian beauty then relocated to Texas with her soon-to-be husband. Fans assumed Tim and Melyza would appear on 90 Day Fiancé: Happily, Ever After? but this may not be the case. It’s possible that they’ll be on the roster for season 9 instead. Akinyi Obala, who appeared on Before the 90 Days with Benjamin Taylor, married in Arizona in April of this year. As a result, they are excellent candidates for a new season.

Fans also believe that the couples from 90 Day Fiancé Love in Paradise: The Caribbean, Aryanna and Sherlon, Amber and Daniel, Steven and Martine, and Key and Mark, will appear in season 9. Furthermore, any couples who get engaged in the current season of 90 Day Fiancé: Before the 90 Days will almost certainly return through the season. Memphis and Hamza, Mike and Ximena, and even Usman “Sojaboy” Umar and Kim Menzies aka Lisa 2.0 could be included. TLC is set to release a surprise trailer for their original show soon, so fans may not have to wait long to solve the mystery.

Season 9 of “90 Day Fiancé” will obviously focus on what couples go through when attempting to marry on a K-1 visa within 90 days.

Best Toppers explains how the upcoming season is similar to previous seasons while remaining distinct from previous seasons. The entire plot revolves around a couple who applied for a K1 visa. As a result, we decided to marry each other for 90 days. The goal at this point is to get to know each other and make marriage arrangements for the wedding ceremony. All we can say is that they will try to live together.

Romantics at heart will take heart from this tidbit from producer Matt Sharp, who insists that the couples on the show are truly in this together. “We do not bring people together. Everyone we feature on the show found themselves in an organic way”, According to Deadline, he stated.