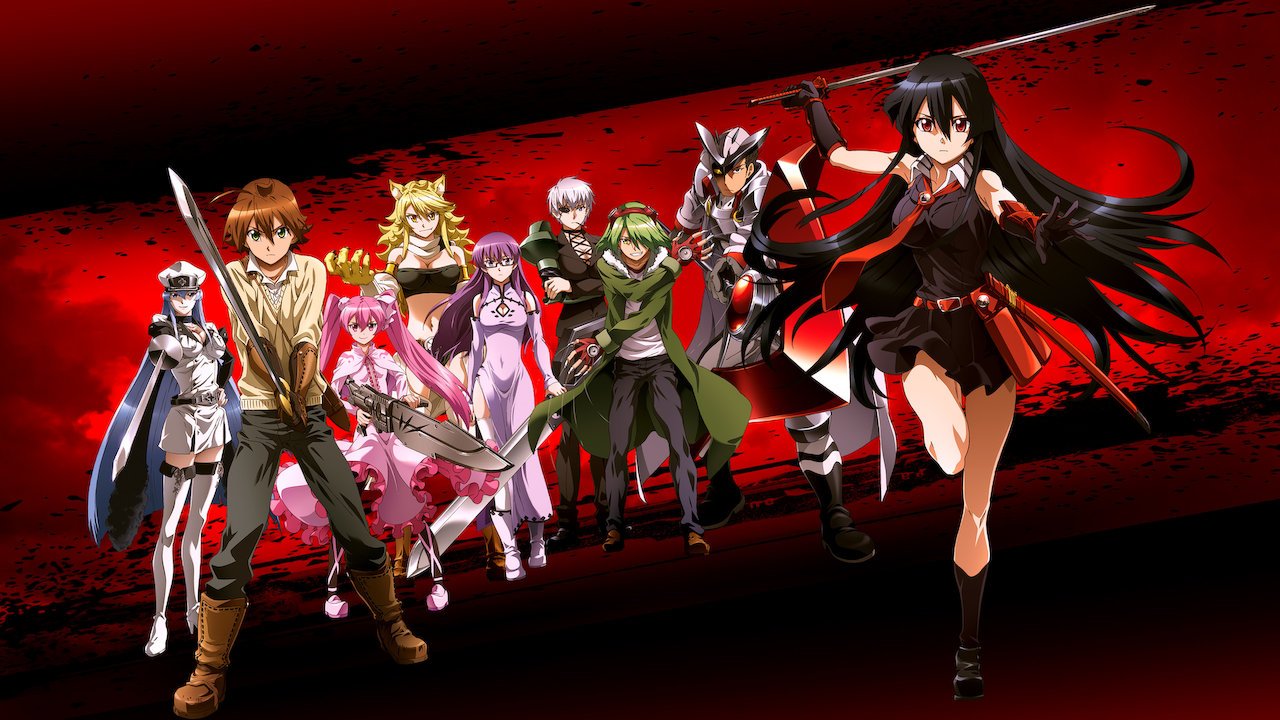 Akame Ga Kill is a Japanese Action Manga written by Takahiro and released in April 2013. An anime series adaptation followed, which was released back in 2014. On the whole, the manga is composed of 10 volumes and the anime has 24 episodes in total. And although the anime is based on the manga, it was completed way before the manga even had its ending written. Since the Manga had its story completed only in 2019 and the anime series ended back in 2014, therefore there are some obvious differences between the two.

This had many people, fans especially, wondering whether there were gonna be more seasons possibly, for the series. But for now, as far as it is known, that is not going to be the case for Akame Ga Kill. Additionally, there is no adaptation of the prequel of Manga ‘Akame Ga Kill! Zero’, released in 2017, and the sequel ‘Hinowa Ga Crush’, released in 2020.

From the beginning, the story will get you hooked on it. Fans love the series as well as the manga for how it captures corruption, evilness displayed by powerful people, and how some fight back. The whole story has a dark and sad vibe to it. Moreover, people have also reviewed it as a more mature anime in comparison to some other good animes.

Manga or the anime, whatever one prefers, both consist of the mature storyline of evil and corruption existing in the world. And if you feel as though that is something ‘up your lane’, then don’t hesitate to grab a copy or watch the series and get into the story.

Read on to find more about both Akame Ga Kill anime and Manga. About the differences in both etc.

The plot revolves around a young man named Tatsumi, who, to help his village plagued by poverty, travels to the capital with his two friends from the same village. But later in the capital, the three of them get attacked by a group of bandits and get separated in the process. Without his money, Tatsumi even tries to enlist in the military. However, he gets taken in, by a rich family without being aware that they are a corrupt and evil family, which Tatsumi later comes to learn when the noble family is attacked by an assassin group, and he is provided truth about how the family had tortured several innocent people including Tatsumi’s lost friends and they also intended to do the same with Tatsumi.

Tatsumi also comes to learn that the assassin group is called ‘Night Raid’ consisting of 7 people from various backgrounds. Night Raid’s leader is Najenda, a former Imperial army general. The group works against the corrupted imperialist leader that runs the capital and also any powerful families associated with all the evil happenings in the capital. Tatsumi gets recruited by Night Raid, and he joins, although he is a bit reluctant initially. And just like that, throughout the story, the central theme is the ‘fight against corruption and evil’ and revolutions that get born in any corrupted system. Finally, it ends with Leone (Night Raid member) killing the evil imperialist ‘Honest’ and bringing down the corrupted government.

Akame Ga kill Manga also has a prequel series called ‘Akame Ga Kill! Zero’ which explores the back story of the Night Raid and its members. The manga also has a sequel called ‘Hinowa Ga Crush’.

Since it is based on Manga, the plot is exactly the same with slight differences in details. Also, as the Manga was unfinished during the making of the anime, there are some big parts of the plot in the manga that did not get included in the anime. (E.g. the wild hunt arc). However, apart from the little differences, the basic premise of both is the same as mentioned before.

The Plot of the Akame Ga Kill

A young man named Tatsumi from a poverty-stricken village travels to the capital with his two friends to help their village. In the capital, he and his friends are attacked and separated, and later Tatsumi gets taken in by a noble family which gets attacked by the assassin group ‘Night Raid’, through which he comes to learn about the evil and corrupt nature of the noble family, who had tortured and killed his friends (Sayo and Ieyasu) and had intended to do the same with Tatsumi. He also comes to learn more about the ‘Night Raid’, its goals and aims, and the members. Tatsumi gets recruited by the group and together they fight to end the corruption existing in the capital area due to its evil and corrupted leader ‘Honest’. The series ends with its 24th episode ‘Akame Ga kill’, where the Evil imperialist leader is finally killed and his whole empire is finished-off.

For the most part, both are almost similar in every aspect except for some details and chapters that were not included in the anime. The main points that differentiate Anime from the manga are, firstly, the anime does not show as much Character growth or arc of the main protagonist Tatsumi. This was because the chapters (about 20 in number)  that included Tatsumi’s character arc were not released during the anime production and therefore, the series lacks that aspect.

Similarly, the entire plot of the Jaegers VS Wild Hunt, which was a conflict and war within the corrupted empire also did not get included in the anime series as the chapter on it was not released yet during the making of the anime series.

Also, the final battle is much bigger and more elaborate in the Manga compared to the anime series.

The protagonist of the story, Tatsumi is a young man and fighter who joins the Assassin group ‘Night Raid’and fight against the evil and corrupted leader to bring down his whole empire that causes so much suffering to the people of the area. Tatsumi in the end of the story transforms into a dragon permanently.

She is the Titular character, a member of the ‘Night Raid’. Akame is a skilled Swordswoman who as a child was sold and trained as an assassin for the corrupt empire. But eventually joins the revolutionary assassin group ‘Night raid’ and works to fight the empire.

Najenda is the leader of ‘Night Raid’. A former imperial general due to which she has great leadership qualities in her. She eventually learns about the corrupted empire that she is working for and decides to defect and work against it.

She is a General in the empire and has morals completely opposite to that of Najenda. Esdeath is cold-hearted believes in power over everything. She is a rival of Najenda and is known to be obsessed with Tatsumi (protagonsist)

Where To Watch Akame Ga Kill?

The anime series is available for watching on Netflix, Hulu and Crunchyroll etc.