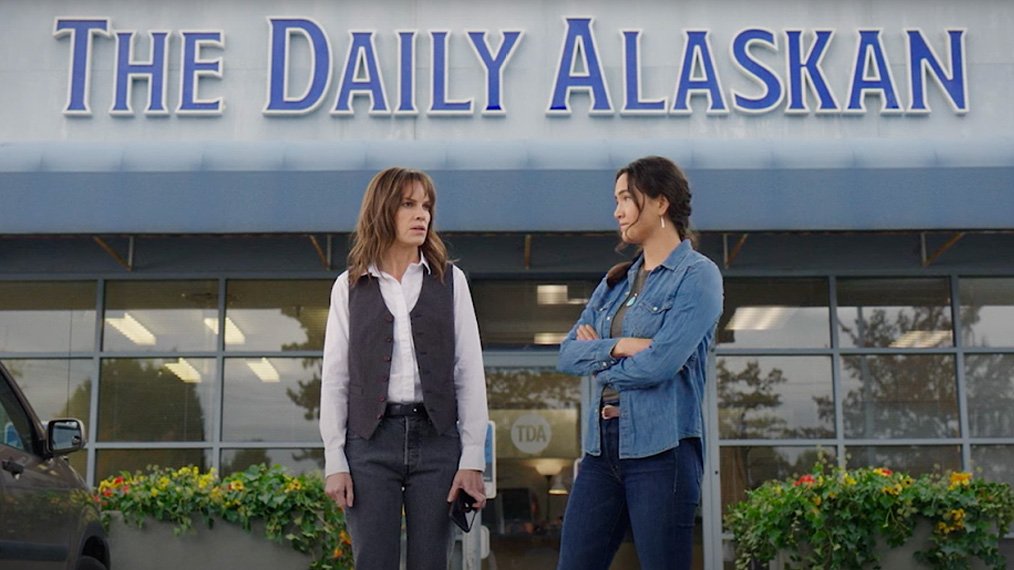 The new series that everyone has been waiting for a long time that is Alaska Daily is all set to be released. The drama series is based on investigation, crime, mystery, and journalism. Tom McCarthy created the US TV series. The first look of the series shared by the team of the series was loved by the viewers a lot and, in turn, grabbed a lot of attention.

Since the release of the announcement and the first look, fans have been eagerly waiting to know when the series is releasing, who all are going to be there, and what is going to happen in the drama. To answer all of this, we have prepared this special article for you that includes all the answers to your question that has been looming in your mind. So without taking any more time of yours, we will directly take you through the main information and will unveil all the details. So, start reading.

The new series starring two-time Emmy Award winner Hilary Swank is all set to be released, and the official announcement of the release date has been made. We know you are eager to know, which is why we are here. The drama series Alaska Daily is set to be released on October 6, 2022. So, make sure that you do not miss out on the date, and that is why to mark the date down now because we do not want you to miss your favorite actress appearing on the screen again. The series looks promising and when she is going to is there then, you can expect something amazing.

Tom McCarthy created series Alaska Daily series based on a journalist from New York named Eileen Fitzgerald. She is a very talented investigative journalist but has left her reputable work in New York and the life that she was living there. She has shifted to Alaska to start afresh in her personal and professional life. Here she joins a daily newspaper called Anchorage Daily News in Anchorage, where she gets to know about journalism and gets a case that intrigues her, and she wants to find out about it. The case is of a missing girl, and no one is paying attention to her, neither the police nor the judiciary. But she wants to find out about it and unveil it in front of everyone. To find out what she will get to know and whether she will be able to find the missing girl or not, you will have to watch the series, so do not miss out on the release.

Get the first look, and a sneak peek of the series Alaska Daily through the trailer that has already been released by the team and the distributor of the series. You can watch the trailer on the official channel of ABC on YouTube. In the trailer, you will get to see how Hillary is going to take a good way of journalism and will try to find out the whereabouts of a missing girl when others are not even doing anything about it. Now whether she will be able to find out about her or not and solve the mystery or something else will happen along the way. To get the real feel of what I am sharing here, watch the trailer of the series before its release to build excitement within you.