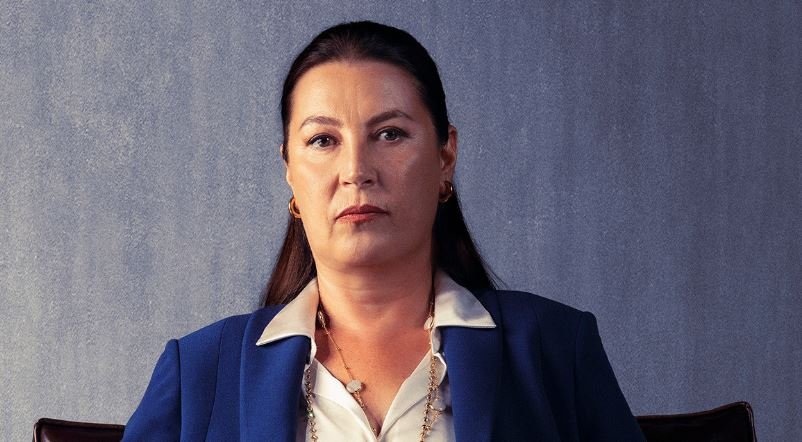 Aldatmak is a Turkish drama series which was premiered in September 2022. The story follows a female judge named Guzide Yenersoy who is being played by Vahid Percin. This female judge is a very prominent judge. She is a family court judge who is respected all over. In her career, she had saved millions of homes. She is very principled and honest and has a strong sense of justice. She loves kids and makes sure their loving childhood is not taken away from them.

She has a husband and two kids and she always believed that her life with her family is perfect. She thought that her family was living an honorable life and that everything will work out just fine. But to her surprise, she realized that what she had thought was true about her family was not even close to reality. The English title for this series is Deception which is self-explanatory. Tarik Yenersoy is Guzide’s husband he too is a successful lawyer. Their relationship has been a little less loving over the period of time. Tarik has kept a very big secret from his wife. It was all going well till Guzide finds out about this secret of his.

The first season of Aldatmak premiered in September 2022 and was completed in November 2022. As this Turkish grew really popular, we can expect season 2 to be released by the end of 2023 or by the start of 2024. The announcement for the new series may be released in early 2023.

There will definitely be a season 2 of the series since its fanbase has become huge and the way that season 1 ended has opened many possibilities for season 2. The production for the second season will begin sometime in 2023 and is expected to be completed by mid-year. The fans are eagerly waiting for the second season to get a renewal since the first season left us with way too many questions.

Guzide finds out the truth about her husband Tarik’s double life. She felt betrayed and when she was trying to digest the reality of her family, she finds out that her daughter who was supposed to go to a medical college has met with an accident in Ankara. Oylum was riding a bike with Tim when they crashed into a cyclist who lost his life. Oylum was unconscious and Tim left her on the scene. As she was getting wrongly accused of a murder she didn’t commit and Guzide will do her level best to prevent this.

With all this going her son is caught up in some problems of his own he had lost the money entrusted to Oltan. With everything going haywire Guzide tried to help everyone and tries to save her family from getting destroyed.

Aldatmak has one of the best casts, as this series features some of the best Turkish actors and actresses. Our main lead Guzide Yenersoy is being played by Vahide Percin who is again a popular Turkish actress. Tarik her husband is being played by Ali Sezai Okumus, and their children Ozan and Oylum Yenersoy are being played by Yusuf Cim and Feyza Sevil Gungor. Ali Sezai their old friend is played by Ercan Kesal, Oltan who is the business partner of Tarik is played by Cem Bender. We also see Caner Sahin in the series as Tolga Kasifoglu. All these actors have millions of followers and love watching them act together in this drama series.

Where To Watch Aldatmak Season 2 Online?

You can watch the first season of the series online on YouTube on their official channel named Aldatmak. The series was also made available on websites like Binged. The series was officially brought to us by ATV. YouTube released the episodes one day after they are aired.