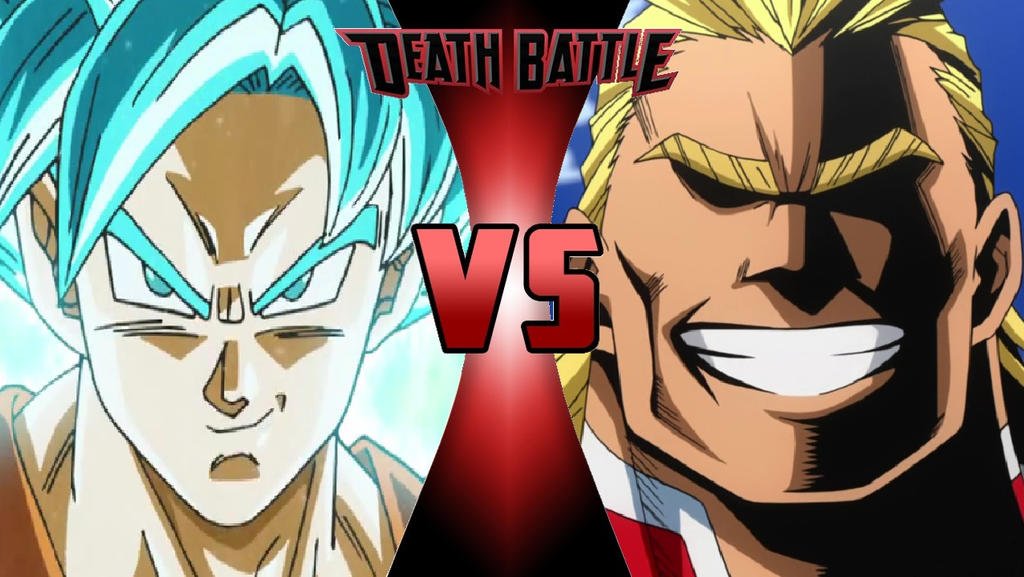 Konnichiwa! These days anime series are always in the spotlight and lowkey we are used to this, right? We are again back with another article. I can assure you that you will have fun while reading the whole content. Last time, we delivered something similar to this content but as we know anime fans never get enough with a particular anime series.

They always crave to learn more information about anime series. This time fans are into a specific question, can you guess the question? “Who would win in a fight if All Might and Goku battle? The answer is kind of known to the fans but it’s not like you will get the answer in one word. If curiosity is killing you inside and you are unable to control your curiosity, you can learn the answer here.

All Might VS Goku: Who would win in a fight?

My Hero Academia and Dragon Ball are two popular anime series that will always remain on the top priority list of fans. They have never failed to give good reviews to these two particular series but the question mentioned above has been making the fans of these two series clash with each other. Let us find the answer and try to work out the clash between the two fandoms.

If you have been following anime series for a very long time then the answer must be already on your tongue, but if you are new to the anime world then learn the answer below. Goku would be the winner. You must be thinking why he would win, right?

Goku is a kakarot. No one can defeat him. His powers are so serious and powerful.

Goku is a powerful Saiyan who has immensely powerful powers that can easily destroy anything at any time. He already has reached the level where he fought with god and he has powers beyond god which is called master ultra instinct. If you have seen Dragon Ball then it must be easier for you to know what Ultra Instinct exactly is. But if you do not know what Ultra Instinct is you can read it below.

Ultra instinct is power in which whole body parts work on their own like a reflex action.

Meanwhile, All Might does not possess the power that Goku has. All Might is indeed a powerful character but in front of Goku, his powers are not that compatible. All Might has the most destructive power which is known as One For All. If these two will be seen on the battlefield we will get to see one of the most breathtaking fights but Goku will be the winner even though All Might possess One For All. There are many fans out there who would be upset with this answer but if we think the answer to this question practically then the answer is none other than Goku. As you have read the powers of both characters, it is evident to state why Goku would win in a fight.

READ MORE: Naruto Vs Goku: Who Has More Strength?

You can just imagine if the main protagonist of Dragon Ball is so powerful that he can destroy anything anytime then what about the other characters? Isn’t it obvious that the other characters are also very powerful? Well, you can have a look at the rest of the characters of Dragon Ball here. The list of characters includes Vegeta, Gohan, Frieza, Piccolo, Trunks, Krillin, Beerus, Broly, Bulma, Majin Buu, Goten, Cell, Yamcha, Jiren, Master Roshi, Mr. Satan, Android 17, Android 18, Fused Zamasu, Tien Shinhan, Chi-Chil and more are there.

Characters of My Hero Academia

As this article involves the name “All Might” it is evident to say that All Might is not only the character of My Hero Academia who is popular, there are more characters too.

Where to watch Dragon Ball?

You can stream all the episodes of Dragon  Ball on Crunchyroll.

Both characters are very powerful but overall, Goku is more powerful than All Might.

Is Dragon Ball worth the watch?

It is definitely worth the watch. Moreover, Dragon Ball is one of the most popular anime series.

Is My Hero Academia a popular anime series?

My Hero Academia is also a very popular anime series. Every anime lover is very well acquainted with this anime.

Where to watch My Hero Academia and Dragon Ball?

You can watch both anime series on Crunchyroll.

Who is the main character of Dragon Ball Z?

Goku is the lead character of Dragon Ball Z.

Who is the main character of My Hero Academia?

Deku is the main character of My Hero Academia.

READ MORE: Doctor Fate Vs Black Adam: Who Is Stronger?