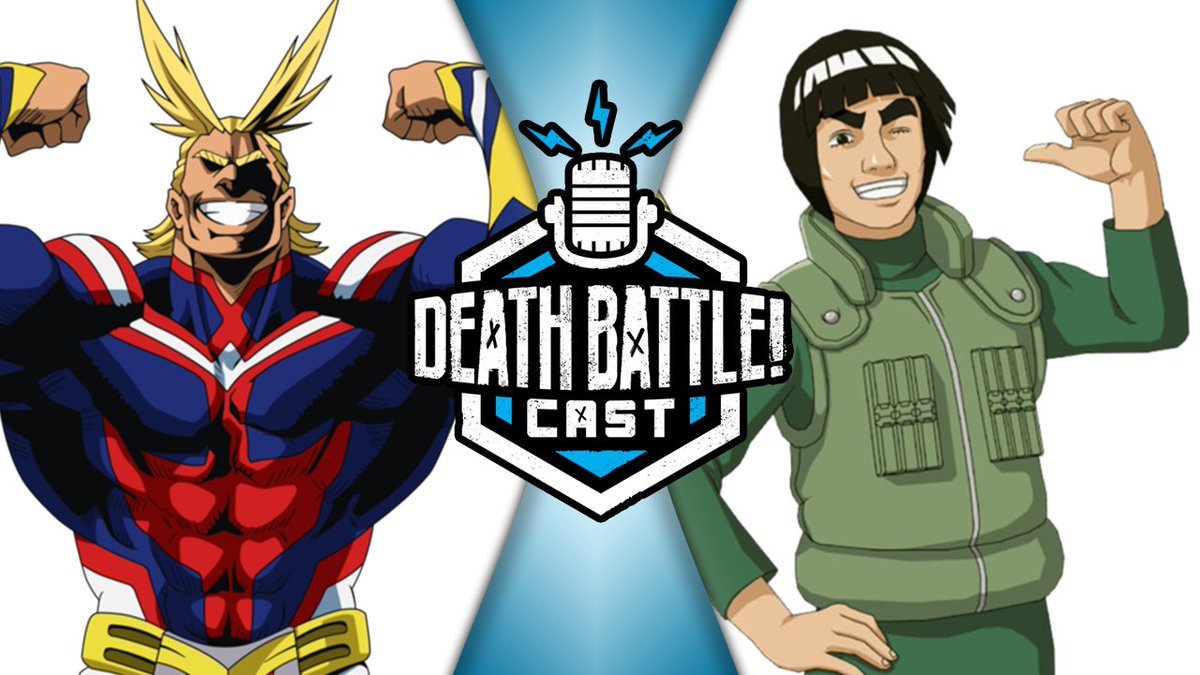 Anime series always hit differently, they are beautiful, and well written and the main thing is that the characters are so well-penned. We have tons of reasons to fall for a particular series and we are at that stage in which we fall for many anime series at the same time.

“Who would win in a Fight?” This specific question is very common on the internet but the answer is not common. Fans always wish to see their favorite character as the winner but in this case, we can not be biased.

All Might and Might Guy, these two are very popular in the anime world. We can say not even a single anime fan will ever fail to recognize the names of these two powerful and well-written characters. As they both belong to two different anime series we can say that they have separate fanbases. Overall both of them are popular but what happens when you compare a character with another character? The answer is very clear, this kind of comparison always leads to fan wars but as fans are very curious to know the answer to this question, let us give you a brief explanation about the powers and who would win in a fight.

Indeed, we would always choose our bias but if we see it practically then the winner will be All Might. You must be wondering why he would win the fight, right? If you have seen both anime series then it would be easier for you to guess the answer but if you are new to the anime world and do not know why All Might would win then we have prepared a brief answer for you.

All might have a power called one for all, which is a super destructive power. If he punches with 100% power he can destroy anybody. Meanwhile, Might Guy doesn’t have power but he has sharp taijutsu (fighting) skills. He also has one power which is called eight gate power for increasing the power level he opens gates one by one in his heart. If he opens the 8th gate it can destroy the user and opponent both.

Both characters are very unique in their own ways. It is also not good to compare them because both of them are from different anime series and both have played different roles in their respective series. All Might has been written in a  way that fits the concept of My Hero Academia and the same goes for Might Guy. Who is your bias among these two? Share your opinions regarding this and let us know what you feel about both the characters and the anime series.

If you want to watch these two anime series then You can stream My Hero Academia and Naruto on Crunchyroll.

Characters of My Hero Academia

All Might is not the only amazing character of My Hero Academia because there are more amazing characters in this anime series. The overall characters are Izuku Midoriya, Katsuki Bakugo, Shoto Todoroki, All Might, Tomura Shigaraki, Dabi, Ochako Uraraka, All For One, Eijiro Kirishima, Fumikage Tokoyami, Shōta Aizawa, Tenya Lida, Kyouka Jirou, Tsuyu Asui, Mirio Togata, Minoru Mineta, Yuga Aoyama.

Both are very powerful but if they would clash then All Might will win.

Well, we know why this question is arising. All Might and Might Guy share “Might” in their names so fans always think that they are related but both of them are from two different anime series.

You can watch it on Crunchyroll.

Might Guy is from the popular anime series Naruto.

When was My Hero Academia first released?

The very first season of this anime was released on 3 April 2016.

When was Naruto first released?

Naruto was first released on 21 September 1999.

READ MORE: Sakura Vs Hinata: Can You Guess Who Would Win In A Match?