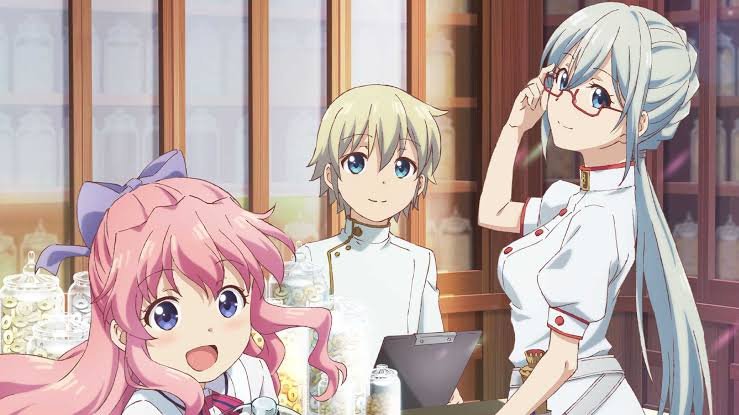 A medical genius reborn as a 10-year-old boy so that he can help mankind, sounds interesting right? Well, fans are loving this concept of the anime adaptation of Alternate World Pharmacy. Season one of the anime just premiered and already they are asking about season 2. Don’t worry, we understand your eagerness. And so we have got all the answers to your queries right here. So let’s get started without any more ado.

The anime Alternate World Pharmacy has been a rage recently online. Fans are enjoying the anime adaptation of the light novel very much. As the name suggests, the anime revolves around medicine and fans cannot get enough of the exhilarating storyline. Season one of the anime premiered on July 10 2022. Since then fans have been asking about season two. Unfortunately, there is no news yet about the release of Alternate World Pharmacy Season 2.

However, rest assured the show will be renewed for a second season. Season one of the show has already received critical acclaim from fans so based on the popularity of the show it is expected that a second season will be happening. But as the first season is still underway and productions for the second one will happen only after the first season finishes, it is difficult to say when fans can expect the new season to release. Till then check out the episodes of Alternate World Pharmacy Season 1.

Alternate World Pharmacy has a very unique storyline. It revolves around a Japanese medical researcher called Kanji Yakutani. He has a big heart and a love for Medical Science. However, in his search for developing new medicine to help mankind, he dies due to overworking.

He is then reborn in a different world where medieval culture is followed and medical help is a luxury. Medicine is not available for all the different strata of society. Only the rich and noble can afford medicine and medical treatment.

Being reborn as Pharma de Médicis, he retains all his medical knowledge from his previous life. He utilises this knowledge to help revolutionise medical treatment and create new medicines in this alternative world. The story follows him on his noble quest to help mankind with medical facilities and serve the people as much as he can.

Since there is no news about the release date of season 2, we have no idea about the storyline either. However, it is expected to follow more of Kanji’s accomplishments and his struggle to settle into his new life.

No news has been revealed about the release date of Alternate World Pharmacy Season 2. So the cast information is also not available. However, we can expect the main characters will return in season 2 too.
The protagonist of the series is Pharma de Médicis or Kanji Yakutani in his previous life. His character is voiced by Aki Toyosaki. He was a famous pharmacist and medical researcher who was reincarnated as a 10-year-old boy. Pharma is also blessed by the God of Medicine Panactheos, which grants him the ability to create water. He utilises his knowledge, skills and gift to make amazing medical accomplishments and help everyone in need.

Season one of the anime premiered recently on July 10, 2022. And fans have been loving it since then. Even though season one has not finished, they are asking for a second season. However, there is no news about the release date of season two. So it is not available online either.

However, once released it will be available on online platforms just like season one. Fans in Japan can catch season one on television networks like AT-X, Tokyo MX, Kansai TV, and BS NTV. And for fans outside of Japan, the anime series is available online on Netflix and Crunchyroll.