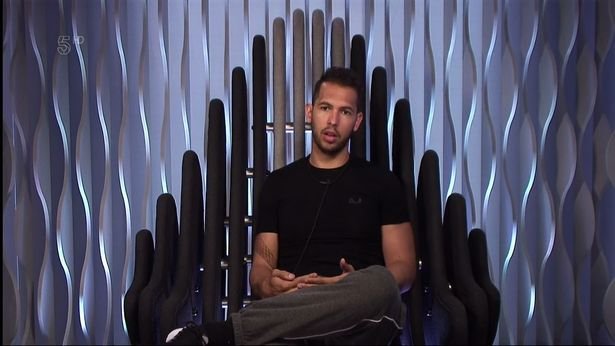 Andrew Tate born, Emory Andrew Tate III, is a British-American Kickboxer and is also an online personality. He had a successful career as a Kickboxer until in 2016 a video surfaced online where Andrew was supposedly ‘beating a woman’, although he said it was a consensual act, Andrew has been into various other problematic issues, and because of that, the Kickboxer has become an infamous personality.

He competes in ISKA or International Sport Karate Association and has won 3 world titles in it. His first win was in the ISKA Full-contact cruiserweight championship title. This was held in Derby, England. The next one, Andrew won the title, which was a rematch of the ‘ISKA World Full-Contact Light Heavyweight Championship’ in Luton, England. And the third title was won by Andrew in 2013, for the ‘ISKA World Full-Contact Light Cruiserweight championship’.

Andrew Tate became infamous in 2016, when a video surfaced online of him beating a woman, following that, Tate was removed from a show he was shooting for at the time (Big Brother Season 17). And since that event, Andrew has gotten himself into more problematic issues. In 2017, amidst the ‘Harvey Weinstein’ Sexual Assault cases, Tate made a controversial statement on Twitter regarding sexual assault and rape.

The most popular one is the statement where he says ‘Rape victims and the victims of sexual assaults were responsible to some extent for the assault’. And therefore, they should take on some personal responsibility if they do not want to get raped or assaulted. These problematic and controversial statements led to Twitter suspending 3 of his accounts. And Andrew was banned from Twitter.

However, in 2021, Tate created another account on Twitter but it was permanently suspended by Twitter authorities. Again recently, There were reports of Tate holding a woman on his property against her will. When Romanian police raided his house they found 2 women, one American and the other Romanian. The case and the investigation are still going-on at the moment.

Aside from all that, Tate also has a website that provides training courses on getting wealthy and some Man-woman interactions. Tate also has 2 YouTube channels for Vlogs and Podcasts.

Read on to learn about the celeb below and keep yourself updated on your favorite celeb here at @Poptimes.

The boxer has a bog online presence and is one of the richest online personalities. In addition to being a three-time ISKA championship holder, Tate is also an entrepreneur with a website that provides courses on how to become rich or richer and  2 YouTube channels (TateSpeech and TATE CONFIDENTIAL). The boxer also owns a whole lot of cars. He is professionally nicknamed ‘King Cobra’.

READ: Is Cara Delevingne Single? Is She Dating Anyone?

Andrew Tate was born on the 14th of December in 1986 in Washington D.C, USA. This makes him 35 years old at the moment. He was born ‘Emory Andrew Tate III’. He was raised in Romania with his two siblings. His father, Emory Tate, is an International Master of Chess. But his father had a difficult time earning and supporting his family. He used to work in the military, however after that ended, he worked many different jobs just to support his family.

The family had moved to the UK when Andrew was just 10 years old. Not much is known about Andrew’s education. However, he shared that his first job was carrying fish containers to the market. Andrew has two siblings, a brother named Tristan and a sister named Janine. They both act and are in the movie called ‘Shipwrecked: The Island’.

As for Andrew Tate’s relationship, not much is available, the boxer seems to be a bit private about his relationships. However, back in 2021, it seemed that he was in a romantic relationship with a woman named Naghel Georgiana Manuela. Tate posted a picture of them inside a jet and captioned it ‘the only woman I trust’.

But since then, there is not much shared about the two. New reports have suggested that Tate is currently single. There is no information on whether the boxer had any marriage in the past or any children. With so many controversies surrounding Tate, his relationship information is not explored much.

READ: Dhar Mann Net Worth: How Much The YouTuber Earns?