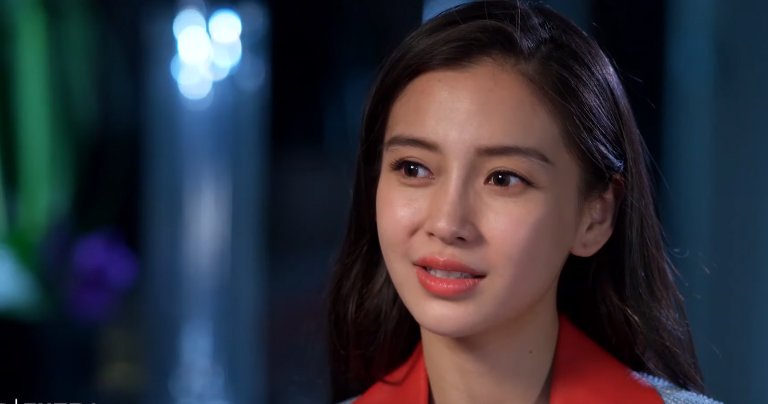 Angela Yeung Wing is a model, actress, and singer, better known as Angelababy. She is one of the cast members of the variety show Keep Running. She went to Notre Dame College in Hongkong for her higher studies.

The actress won many awards as well as many titles. She has even won the Hundred Flowers Award for The Best Supporting Actress for her role in Mojin: The Lost Legend. It was a blockbuster movie at that time. She was chosen one of the New Four Dan Actresses by Southern Metropolis Daily. She won many awards like the 9th Huading Awards, 13th Chinese Film Media Awards for Most Popular Actress, and Most Anticipated Actress respectively in the year 2013. The model was nominated for 1st China International Film Festival London for the category of Best actress and 14th China Film Media Awards for the category of Most Anticipated Actress.

Angelababy was born on February 28, 1989, in Shanghai. Her mother was Shanghainese and her father was from Hongkong. Her father had a fashion business in Shanghai. As a result, she became interested in fashion from her early childhood under the influence of her father. In an interview, she said that as a child she would go to her father’s store and put new and different outfits and mixed and matched different outfits. According to her, it was fun.

Many people don’t know this about her but her birth name is Yang Ying. She moved to Hongkong at the age of 13 and signed a modeling contract there when she was just 14. Her English name is Angela and sometimes she was called baby. So, she merged it as Angelababy and decided it to be her stage name. She speaks many languages such as Japanese, Mandarin, Cantonese, and of course Shanghainese.

The model debuted as an actress in the movie Trivial Matters in a 5- minute cameo role. She, then, did several supporting roles in various movies and also appeared in music videos. Her first leading role was in the movie known as Love You in the year 2011. She was cast along with Eddie Peng. In the following next year, she signed a remake of a Korean Drama titled First Time. Her performance in this movie earned her Most Anticipated Actress award.

She made her international debut with the film Hitman: Agent 47 and then signed Mojin: The Lost Legend. The later movie became the highest-grossing Chinese language film in the country. In the year 2019, she was cast in My True Friend where she would play a property agent. Besides modeling and film business, she also has invested in a lot of businesses such as a café, nail parlor, and a lifestyle store. In the year 2021, she recently invested in an entertainment business company.

Fans might wonder how much the star earns in a year. Well, the number is huge and might shock you. According to the various reports, it was revealed that the model, actress, and singer has a net worth of approximately 60 million dollars.

She was dating a Chinese actor, 12 years senior to her. The actor was Huang Xiaoming. The couple dated for six years but they did not announce their relationship publicly until February 2014. They received their marriage certificate in Qingdao, China on May 27, 2015. In Shanghai, their wedding Banquet took place on October 8, 2015. The wedding was termed as one of the most lavish and expensive weddings in the history of China. The wedding almost cost the US $35 million.

The couple announced her pregnancy publicly in October 2016 and Angelababy gave birth to a son on January 17, 2017, at the Hong Kong Adventist Hospital. She is one of the most followed celebrities on Instagram with 9 million followers.