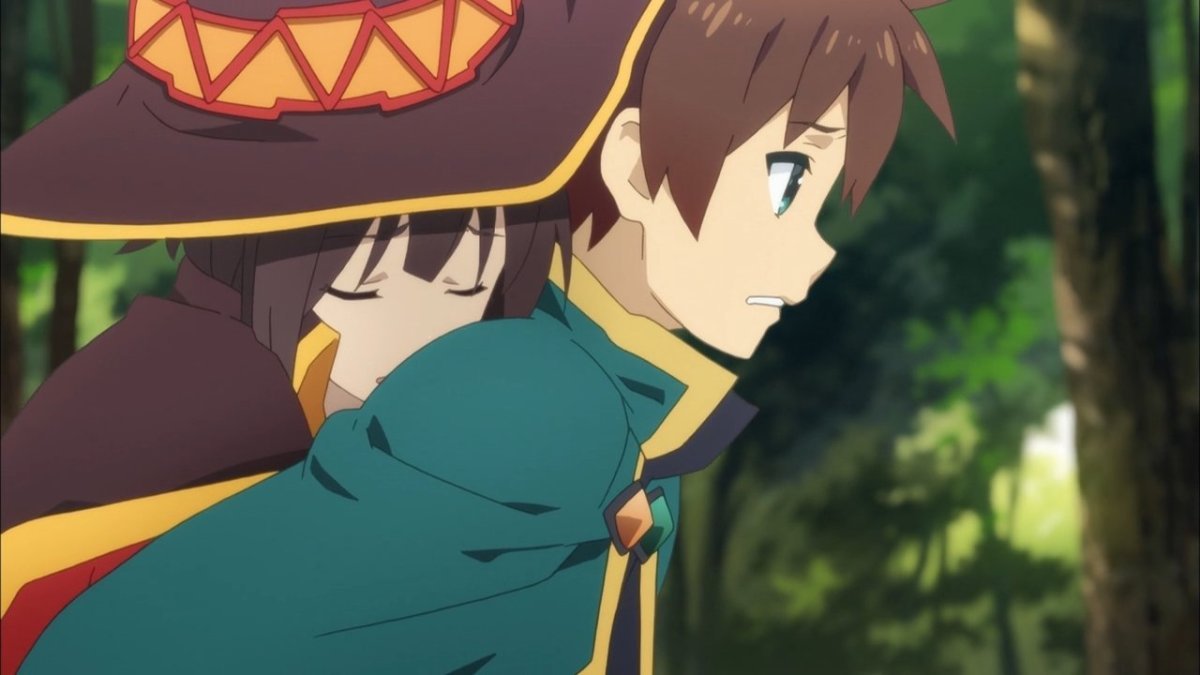 KonoSuba: God’s Blessing on This Wonderful World is undoubtedly one of the best isekai anime parodies. The anime has been popular and set as a benchmark for other anime to follow as well. So, here’s this article to guide your way of preference. If you are a fan of the show and have wanting to watch shows that are similar to Konosuba, then here’s a list of recommendations for you. Below mentioned are the twelve names that have been enlisted as per this article in further continuations.

If one liked, ‘Konosuba’ due to its funny content then one must like Ixion Saga DT as well. It is a comedy fantasy anime that is set in an alternative world with 25 episodes altogether. The plot revolves around Kon Hakaza who is a serious gamer but is eventually transported into another world named Mira, after accepting a request from a female character. This gets him involved in a struggle and this is how the entire story carries forward.

It is a highly recommended anime for Konosuba lovers. It is a perfect blend of comedy and fun in it. The series is out and out a comedy genre. The story is all about Shinichi Kanou to never thought of being an Otaku could have been so important. He gets kidnapped by someone while searching for a job for himself and discovers himself to be present in a different fantasy world. Exactly, this is where the story revolvesOutbreak Company – 2013

Of the year 2013. The anime is basically for the teenage audience. The plot consists of the adventure of three teenagers, Asaku, Izayoi, and Kasukabe. They have a psychic power and feel their life to be very boring, and one day, all of a sudden, all three of them receive an invitation from a fantasy world.

Following the list, Hataraku Maousama pops up the next. It is again a 2013 anime with a unique storyline of imagining being the demon lord, Satan. It shows, that Satan uses his powerful demon army to conquer the land of Ente Isla. But the conquest comes to an abrupt halt when the hero, Emilia foils his plans. The series has had a great fanbase for these long years.

Is another popular fantasy anime of the year 2015. The audience can easily binge it as it has only 13 episodes. It is a story about, God and human coexistence. Bell Cranel who is a protagonist meets the lonely Goddess Hestia. Finally, the duo decides to venture into the catacombs of their city.

2013’s Senyuu is one of the loved anime-like, Konosuba. It has also the plot of another fantasy world, where the demon lord Richmedes was a threat to our world who used his superpower to spread terror all over. But like a blessing, a hero named Creasion defeats the demon seals it away and liberates the world from the latter’s demonic threat.

Coming in the mid-end of the list, ‘No Game No Life’ of 2014 comes the next. It is no doubt a decent game anime with an ecchi theme altogether. It has a clear storyline of two siblings. Sora and Shiro who love to play games, but suddenly accept a request for a chess game, they found themselves to be transported into a place called Disboard, where every discord finds settlement after games.

Long Horizon is another immensely popular isekai anime where the characters end up getting into an MMORPG game world. In the anime, this MMORPG is portrayed to be a game world where several players get trapped after logging in and later, could not log out themselves.

Coming to the tail of the recommendations, ‘Zero no Tsukaima’ of 2006 is the next. It is a kind of anime that viewers who love to watch magic-themed content with a lot of fun and an underlying concept of romance are suitable for them. The story seems to take a turn when the mark of a powerful familiar is found on Hiraga and everything gets changed.

Hai to Gensou no Grimgar is one of the popular anime of 2016. The series shows the ‘Grimgar’ to be a game-like world, in which a group of strangers, mostly from Earth have been transported. But the matter of fact is they neither have any idea of how they got into such a world, nor of their origin. And this is where the story starts evolving.

Now, comes the 2nd last recommendation which is ‘Yahari Ore no Seishun Love Comedy Wa Machigatteiru.’ It is an anime of 2013. The series is neither an Isekai nor a game anime, but the feel is pretty similar to the anime ‘Konosuba’. Hachiman has a pessimistic view and believes all values are baseless and happy youth is a lie. He mocks the modern social relationship due to which he had to face many circumstances as well.

And finally, comes the last most suggesting anime is the ‘Btooom’ of 2012. It is all about an extraordinary boy named Ryouta. He does not have any employment and stays at home with his mother. All they are good at is, playing a game called Btooom. And, one fine day he finds himself in a real version of the game he loves playing.