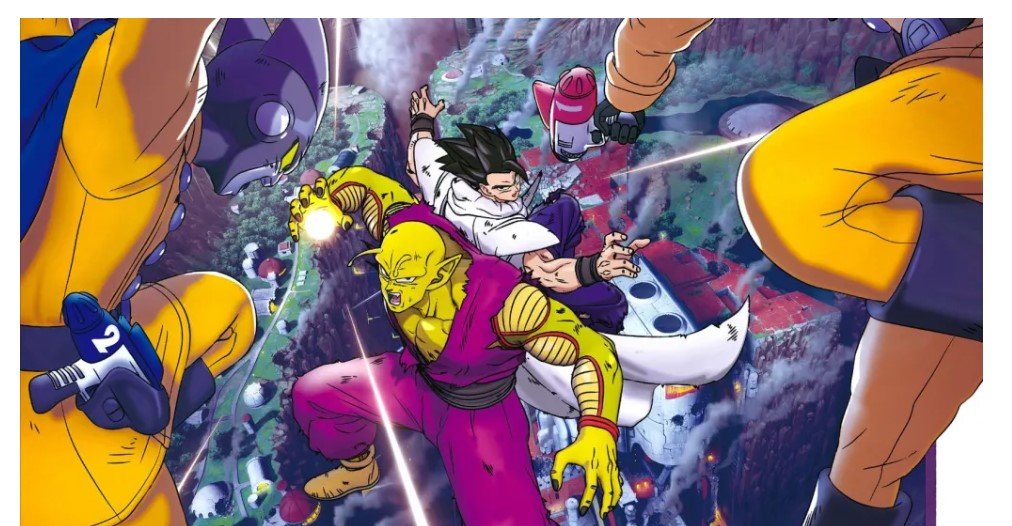 In this article, there will be some detailed information on some anime movies and anime that are being released in June.

Isekai Quartet has already released 2 seasons and is even in the discussion for another season, until then we are being presented with a movie named Isekai Quartet: Another world. This is set to release to the theatre on June 10, 2022. The anime has gained a lot of popularity from the previous seasons and have huge fandom.

But for information, it is a Chibi-style with a crossover from the light novel series. Chibi-style anime are prone to be cute and light-hearted. They might not be more drama prone but will have elements of daily life and a lot of comedy. The producers of the anime are Kodakawa and Studio is Studio PuYUKAI. The genre that it comes under is Comedy, Fantasy.

The voices of the main character have been announced, they are Takahashi Rie as Emilia; Fukushima, Jun as Satou, Kazuma; Kobayashi, Yuusuke as Natsuki, Subaru; Yuuki, Aoi as Degurechaff, Tanya; Momonga by Hino, Satoshi; Raphtalia by Seto, Asami; Iwatani, Naofumi by Ishikawa, Kaito; Aqua by Amamiya, Sora; Albedo by Hara, Yumi; Filo by Hidaka, Rina. A thing mentioned about are all Japanese voice artists, English dub artists are not announced.

If you are a fan of Isekai Quartet, then there is speculation that this movie might be the continuation of the first two seasons, so don’t take the risk to miss it. Get ready to see this movie this June.

The anime movie is one of the most awaited ones in June. The fans of anime are very excited about this movie. This movie is based on a manga and also there is an anime. The manga from which this is being adapted is written and also illustrated by Soichiro Yamamoto. The film is being released on June 10, 2022. The announcement of the movie alongside its 3rd season was done in August of 2021. Fans of this anime are excited about the movie and also another season. The movie is being distributed by Toho Visual Entertainment.

The movie is being directed by Hiroaki Akagi and voice actors are announced. They are Rie Takahashi as Takagi, Yuuki Kaji as Nishikata, Konomi Kohara as Mina, M・A・O as Yukari, Yui Ogura as Sanae,  Fukushi Ochiai as Kimura, Nobuhiko Okamoto as Takao,  Koki Uchiyama as Hamaguchi,  Aoi Yūki as Hōjō, Yuma Uchida as Nakai, Kotori Koiwai as Mano, Hinata Tadokoro as Mr. Tanabe, Inori Minase,  Haruka Tomatsu. The voice of these actors will be familiar as they are almost the same as anime series which makes it more unforgettable to see the anime that we normally see on the big screen. Be sure to catch it in theaters.

The movie was first teased by the website Shogakukan and then it was confirmed officially in September 2021. The director of the anime series was also appointed in directing the movie, this says there wont be any style changes in the story flow. This also makes many fans relieved that it’s the same direction as sometimes the movie doesn’t flow like the anime and doesn’t live up to the anime that was released before. But this time we can be sure the style and the flow of the movie will be similar to the anime.

This is the most awaited movie that is being released in June of 2022. All Dragon ball fans are excited to see this movie. Especially these fans have been watching this anime from their childhood, dragon ball is one of the most popular anime that brings all the childhood nostalgia for many fans. Dragon Ball as an anime has attracted many fans with its animations and interesting plot-line. This movie is being written by the original writer Akira Toriyama. This movie is said to be using 3D animation. This is the 21st movie of the Dragon Ball franchise that is being released. By this, you can see this anime’s popularity and the pressure on the people making it, as it should reach the fan’s expectations.

This movie is being produced by Toei Animation. The voice actors of the film are Gohan, Goku, and Goten are voiced by Masako Nozawa; Piccolo by Toshio Furukawa; Pan by Yūko Minaguchi; Vegeta by Ryō Horikawa; Krillin and Yajirobe by          Mayumi Tanaka; Bulma by Aya Hisakawa; Trunks by Takeshi Kusao; Android 18 by Miki Itō; Broly by Bin Shimada; Korin by Ken Uo; Dende by Aya Hirano; Beerus by Kōichi Yamadera; Whis by Masakazu Morita; Cheelai by Nana Mizuki; Lemo by Tomokazu Sugita; Gamma #1 by Hiroshi Kamiya; Gamma #2 by Mamoru Miyano; Dr. Hedo by Miyu Irino; Magenta by Volcano Ōta; Carmine by Ryota Takeuchi.

If you were awaiting to see this movie, no need to worry anymore it’s a few weeks away and this is a 3D animation movie which makes it have high expectations, wishing that it will fulfill all the fan’s expectations. Even if you are skeptical about 3D animation, the world has been changing, so will the animations so it’s better to accept new animations and old ones as an unforgetful memory. Even though you might not like it but the development of new animations will only happen when the fans start accepting it. So, watch the movie and be sure to give your opinions so that the next development will be better.

Kaitō Queen is a Japanese novel series which is written by Kaoru Hayamine and Illustrated by K2 Shokai. This is being adapted into an OVA (original video animation). The novel has almost 15 volumes published since 2002. This movie is an adaptation of the first novel that was published. The series is being directed by Saori Den and is written by Mariko Kunisawa. The music is being given by Moe Hyuga and also the studio is East Fish Studio. The release that is announced on June 17, 2022.

OVA are some things that have a hard time getting recombination but they are hidden gems in the anime world. Especially if you like a light novel, and also Japanese light novels hit you somewhere. So if this is the first time knowing about an OVA, they should try it.

This was a manga that has been renewed to an anime series, along with renewing for anime series they have renewed it into an OVA soon. There was a rumor that it will be released in June of 2022 and fans believe it and can’t wait for the OVA. Especially the one who recently started watching the anime series. Anime started in April of 2022 and there is going to be OVA soon to be released in June. There wasn’t any official announcement of the voice actors or staff. So we can wait by watching it trailer that is available on the internet.

There are many versions of this which are light novels, anime, and manga. The light novel series was written by Quantum and illustrated by Hana Amano. Then a manga adaption was done by Nori Kazato online through the website Kadokawa Shoten’s year after. Both the manga and novel series were a serious hit because it was adapted into anime and an OVA.  The story revolves around Demon Oueen Echidna.  Leo who is the strongest hero that defeated the demon queen has been feared. People have been thinking he will be the next demon king This all has happened because he has defeated the demon queen, which shows up to help the queen build up her army. But Echidna rejects him.

The synopsis of the story was mentioned as this has not gained that much popular but it’s meant for. Trying new anime comes with the drawback of not liking it. There might be many reasons not liking because of animation, voice actors, the flow of the story, and many more things but trying new things will only make you find gems. They will be some things that will be always remembered, so don’t be afraid to pick new anime and new anime styles.

You can watch all your favorite anime series here on Crunchyroll and JustWatch.