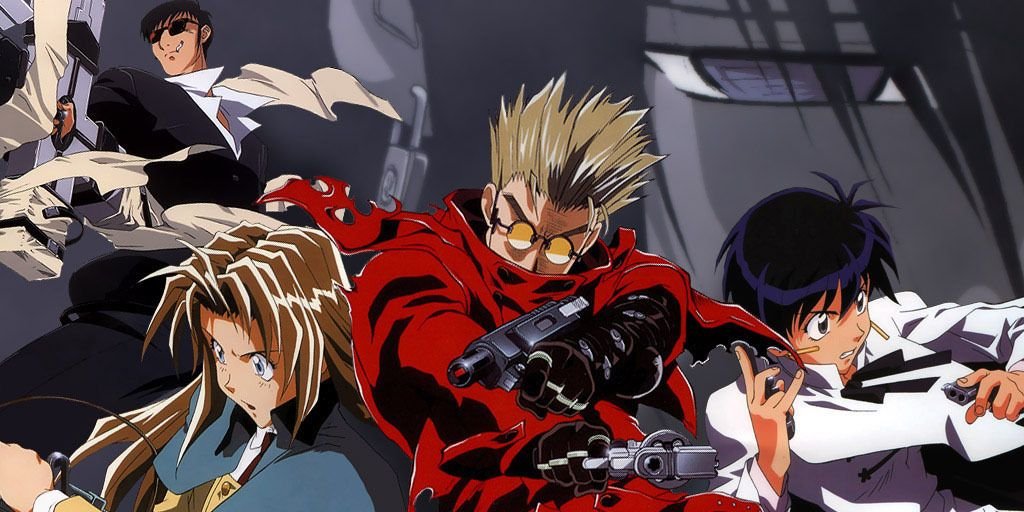 Cowboy Bebop is a fan-favorite anime for good reason, but for those who have already seen it several times, there are these other incredible series to check out.

According to fans and critics, Cowboy Bebop is one of the best anime series based on manga ever made. Cowboy Bebop is a Space Western that follows the adventures of Spike Spiegel, Faye Valentine, Jet Black, Ed (Edward Wong Hau Pepelu Tivrusky IV), and Ein the dog. They’re a motley crew of bounty hunters on the run from their past demons.

The series is an action-packed jazzy romp with beautiful animation, action, a nostalgia-laden soundtrack, and plenty of action and adventure as the crew of the Bebop hunts down the solar system’s most dangerous criminals. It has not only been praised for its originality, but it is also one of the best anime series, to begin with for those looking to enter the ever-expanding world of anime.

This outstanding Western-genre-bending anime packs many of the same emotional punches as Cowboy Bebop, but in a very different way.

Van, an aloof anti-hero, is hellbent on vengeance, and while that’s a trope that’s been done to death in both classic American Western films and anime Westerns, Gun X Sword nails it, retaining the stylistic aspects of anime and Westerns that fans love about both genres. Of course, giant robots are thrown in for good measure, as is customary in any great anime

Hellsalem’s Lot was formerly known as New York City until a portal opened up in it, trapping all humans as well as supernatural entities. Blood Blockade Battlefront, also known as Kekkai Sensen, is a game full of secret organizations, monsters, gods, and high-octane adventures.

Blood Blockade Battlefront has a fantastic soundtrack that is similar to Cowboy Bebop, with many jazz tunes thrown in. This anime show, like Cowboy Bebop, pays special attention to its well-produced and dynamic fight sequences.

Many Cowboy Bebop fans praise it for its often over-the-top yet visually appealing and entertaining action and adventure, and fans who are obsessed with the series primarily for its visual flair owe it to themselves to watch Coyote Ragtime Show.

The anime series follows a coyote, in this case, a space-hopping criminal named Mister who spent nearly a year in prison. Bishop and Katana, his partners, break him out ten days before he would have been released. Lost treasure, federal investigators, a criminal guild, and android assassins are all featured in the show.

Harry and Brandon, two close friends, are forced to join a crime syndicate after their underworld activities put them in over their heads. However, it is revealed early on that Brandon is eventually betrayed by Harry, and the series recounts how the two became criminal underworld kingpins before tackling the issue of vengeance.

It’s both beautiful and tragic, and it’s easily comparable to Cowboy Bebop’s almost nihilistic narrative approach. Though Gungrave is perhaps best known for its PlayStation 2 video game, the anime series is well worth watching.

One of the most appealing aspects of Cowboy Bebop is how well-written, likable, and fleshed-out its main protagonist is. Viewers learn a lot about Spike’s past, and he is portrayed as an anti-hero throughout the series. Psycho-Pass also has an exceptionally well-written protagonist. Furthermore, the setting of the show is familiar in that it is both futuristic and has a distinct noir feel to it.

In a nutshell, Psycho-Pass is about a new police force that assesses citizens’ mental states before they commit a crime. Of course, like Minority Report, this type of system is not without flaws.

Those who enjoyed Cowboy Bebop’s uber-stylish fight scenes need to look no further than Baccano! This anime, like Bebop, is jam-packed with action scenes. The show is also set in 1930s Chicago, and it has received praise for its enthralling, period-appropriate score.

It tells the adventures of Szilard and his aide Ennis as they search for missing bottles containing the elixir of immortality. The main story arc isn’t the only thing there is, with many side stories filling out the overall plot.

Shaman King began as a serialized manga in 1998, and the anime adaptation began in 2001, with a reboot of the series debuting in 2021. Yoh Asakura, the main character, must walk a fine line between the living and the dead in order to accept his destiny and become the Shaman King.

It has the same playful and comedic style as Cowboy Bebop and employs a combination of Japanese aesthetics and the modern science fiction angle from Cowboy Bebop. It has a strong mystical flavor for fans of occult anime like Soul Eater or Bleach.

What distinguishes Cowboy Bebop is that each of its characters’ backstories frequently revolves around a dark personal tragedy. The characters in the series are anti-heroes, morally questionable people with just enough humanity to make them oddly endearing, in the same vein as silver screen hits like Fight Club or 2019’s Joker.

Black Lagoon features the same careful, considered character development and an underlying sense of darkness. The series has a story that is both interesting and dark. It’s about Rokurou, a regular businessman who is kidnapped by pirates. After a failed negotiation, he decides to join the crew because he wants to experience the harsh yet exciting life that the other pirates lead.

Another anime starring bounty hunters, this time Gene Starwind and Jim Hawking, is Outlaw Star. On their planet of Sentinel III, the two bounty hunters spend their days doing odd jobs. All of this changes when a mysterious woman named Hilda hires the two as bodyguards.

As is often the case in comedic-adventure anime, the pair quickly find themselves in a world of trouble, including being wanted by cops, pirates, angry aliens, other bounty hunters, and a mysterious assassin. The Outlaw Star, the galaxy’s most advanced spacecraft, is the only thing they have going for them.

READ MORE | 8 Shows Like Snowdrop, That You Must Watch

Samurai Champloo is set in an alternate Edo period and follows the journey of three strange individuals, Fuu, Mugen, and Jin. After saving the other two from certain death by execution, Fuu persuades Jin and Mugen to assist in the search for a mysterious samurai “who smells of sunflowers.” Shinichiro Watanabe, who also directed Cowboy Bebop, directed Samurai Champloo, and the characters and the subtle undercurrent that follows the characters through both plots are similar.

Samurai Champloo, like Cowboy Bebop, is a character-driven story, with each episode revealing more about each. Another thing that both shows have in common is the sound-track-driven action and style that is carried through the music. Cowboy Bebop features jazz and blues, whereas Champloo has hip-hop and lo-fi sound. Both shows’ characters are driven by a constant need for money and food.

Michiko & Hatchin, also known as Finding Paradise in the West, is a 2008 anime series that borrows heavily from Cowboy Bebop’s aesthetic. The plot revolves around the two titular characters, who are initially implied to be a mother and daughter duo on the run after escaping from prison.

One way to describe this zany anime show is to compare it to a lighter version of Cowboy Bebop. Space Dandy is jam-packed with adventure, fast-paced action, and laughs.

Space Dandy takes place in the far future and tells the story of Dandy, a space hunter. Dandy’s freelance job is to look for previously unknown alien lifeforms. In order to document new alien species, Dandy travels to the farthest reaches of the universe in search of unknown life-capable planets.

Trigun is primarily about bounty hunters, but it is also a Western genre-bending story with a lot of humor. Vash, a man with a $60 million bounty on his head, is the protagonist of the series. Vash is the type of person who enjoys flattening entire cities for fun, making it exceedingly difficult for him to visit any location without being shot at.

Trigun is similar to Cowboy Bebop in many ways, but it differs in that it expands on the Western theme, featuring the classic cowboy look and bounty hunters in the form of two insurance agents who are hot on the main character’s tail.