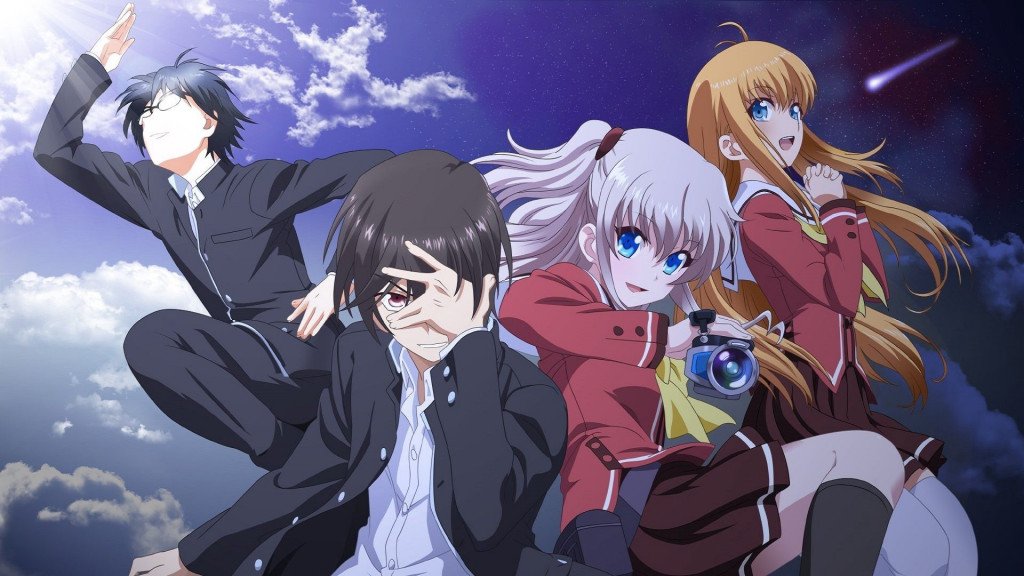 In today’s world, anime are being so popular due to its unique storyline and plot. Not only children but even adults enjoy watching it. If you are a fan of such a show, we hope you must have heard of Guilty Crown. Some of you have even watched the show and really liked it. In case you don’t know, Guilty Crown is the 2011 Japanese anime television series. The story of the show revolves around a high school boy who is known as Shu Ouma. He encounters a wonderful girl who is called Inori Yuzuriha. She decides to follow the coordinates of Inori’s robot to a drop- zone. Inori is threatened by GHQ Enclave mechs and Shu rescued her. Here, the plot of the anime takes a big twist turn when Shu realizes that the Vial contains a powerful genetic weapon. In case, you found the plot of Guilty Crown interesting, the show is available on Netflix for binge-watching.

In case, you had already watched this anime and does not know what to watch next, do not worry because we got you and if you wondering about anime like Guilty Crown, you clicked on the right article. So, keep reading it till the last to know more about it. We will be giving you the list of all those shows which are related to Guilty Crown.

It is a Japanese manga series whose story revolves around Yukiteru Amano who is shy and a loner but observes life very carefully. Deus, who is his only friend, transforms his phone into a future diary. This diary is able to predict the future for up to 90 days. It would be interesting to know hoe does Yukiteru’s life change after this or the challenges he would have to face now due to the diary he has. If you are interested to watch this anime, it is available on Hulu.

Produced by A-1 Pictures, Sword Art Online is a Japanese anime television series. It is directed by Tomohiko Ito. The show is set in 2022 when Sword Art, which is an online game, will be released. There will be a helmet that will help the players to control their in-game characters with their minds. On November 6, 10,000 players log in to this game but, soon, discovers that they could not log out. Kayaba, who is the creator of the game and the helmet, tells the players that they must beat all 100 floors of Aincrad if they want to log out of their game and be free. He also warned the players that if anyone forcibly removes the helmets or suffer in-game deaths will have to suffer from real-life deaths too. This popular anime is available on Crunchyroll.

The third show on the list is Code Geass, which is also a Japanese anime television series, revolving around Lelouch Vi Britannia. He is a Britiannian prince. Marianne Vi Britannia was his mother, who was brutally murdered in the palace itself and Nunnally has witnessed this murder. However, she became so traumatized that she lost sight of both her eyes and her ability to walk. The prince is angry with his father as he believes that he failed in his duties by turning a blind eye to his mother’s death. The prince and Nunnally are sent to Japan to lull the government there into making them believe in the false security. After this, Japan is attacked by Britannia and was defeated. Lelouch has a Japanese friend whom he vows that one day, he will obliterate Britannia as an act of vengeance. There is still a lot to watch in this anime. If you are interested to know what Lelouch did next, you will have to watch this one of the popular anime. The show is available on Netflix for streaming.

It would be wrong if we talk about shows like Guilty Crown and do not talk about Black Bullet. The plot of the show is set in the year 2021 when mankind is in danger due to the epidemic of Gastrea which is a parasitic virus. After a while, infants who are born with these gastrea virus developed supernatural-human abilities are termed, Cursed Children. However, these cursed children could only be female due to this gastrea virus. Rentaro Satomi, who is a high school student, decides to conduct a mission to prevent the destruction of the Tokyo Area after the 10 years of the epidemic. The plot of this anime is really very interesting and something new. In case, you are excited to watch this anime, it is available on Netflix for binge-watching.

Haruyuki “Haru” Arita is a short but overweight boy who is ridiculed at his junior high school. To escape this real world, he logs in to the school’s local network Cyberspace where he plays games all alone. Kuroyukihime, who is the school’s popular and attractive girl, came to know about him. After a while, she introduces him to Brain Burst, which is a secret program that is able to accelerate the human cognitive process. The anime is available on Hulu if you want to watch this show.

Created by Bones, Eureka Seven is the 2005 Japanese anime television series which was directed by Tomoki Kyoda. The plot of the show takes place in the year 12005. It has already been 1o thousand years since the arrival of Scub Coral which resulted in humanity becoming a mass exodus. Scub Coral has already forced humans to leave the planet behind. The human population is settled on an unnamed planet as of now. The theory of this Scub Coral was given by Adroc Thurston. You can watch this anime on Funimation as of now.

Produced by P.A. Works and Aniplex Charlotte is a 2015 Japanese Anime television series whose story revolves around Yuu Otosaka. He has the ability to possess another person for five seconds. He wants to live his life carefreely but Nao Tomori unexpectedly exposed him. Nao has the ability to make herself invisible to the specific target and she forces him to join Hoshinoumi Academy. She wants him to join its student council of which she is the president. His younger sister develops a unique ability to collapse everything around her which became the death of her reason. Yuu started to feel depressed and isolated from everyone. If you found the plot of the show interesting and want to know what happens next, the show is available on Hulu.

READ MORE | What Is The Meaning Of Geass In Code Geass?

If you are a fan of Guilty Crown, you must have watched Gureen Lagann. In case, you have not watched this show, you must have heard the name of this popular Japanese mecha anime television show. It is set in the future where the spiral king rules the planet. Lordgenome, who is the spiral king, forces mankind to live in those villages which have no contact with the surface world and are under constant threat of earthquakes. If you have not watched this anime yet, you have to watch it as soon as possible. You can watch this on Crunchyroll.

9. The Money of Soul and Possibilities Control

The anime follows an economics student Kimimaro Yoga. He is introduced to the Financial District where he discovers that people bet their own futures in the battle. The show is produced by Tatsunoko Production.

In case you liked the plot of the show, you can watch this show on Crunchyroll. The anime has managed to receive amazing ratings on various platforms. This should be definitely on your watch list if you are a fan of Guilty Crown.

It would be unfair if we don’t talk about Attack on Titan if we talk about the series which are related to Guilty Crown. It is a Japanese dark fantasy anime television series that premiered on April 7, 2013. The show is set in a post-apocalyptic world. The anime follows Eren Jaeger, who is the protagonist, and his friends called Mikasa and Armin. Titan destroys the city and also kills Eren’s mother and he vows to avenge his mother’s death. If you found the show interesting and want to watch it, don’t worry as we will tell you where you can watch this show. You can watch this popular anime on Crunchyroll.

So, this was our list of anime to watch if you are a fan of Guilty Crown. Let us know which shows you already have watched in the comment section. Also, let us know if we missed any of your favorite anime which relates to Guilty Crown or did not include that in the list in the comment box. We hope you would enjoy watching these anime and we will get back to you very soon with another piece of article. Happy Watching!