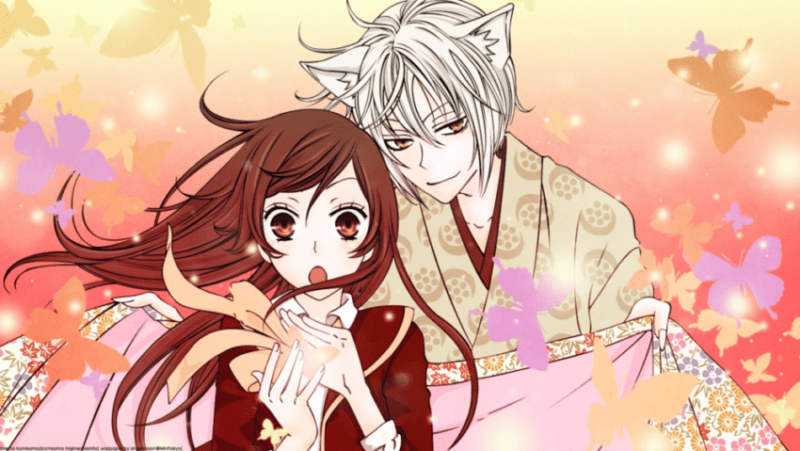 Anime has gained worldwide popularity since the lockdown due to its various genre and unique storylines. Kamisama Kass is an anime that is loved by all age groups. It has received a lot of over and praises from fans and even critics too. You may be wondering about the anime you should watch if you liked Kamisama Kiss. So, here we are to give you all the information related to it. So, keep reading the article and let us know if you have watched these shows.

It made its first debut on February 20, 2008. Yes, it has been a long since its release but whenever you watch this show again you can feel all the emotions that you felt for the first time.

The story revolves around Nanami wanting to live a life just like any other school girl or boy. Her father has accumulated a lot of gambling debts in her name and she can not afford to pay all the rent. So, she has been kicked out of the apartment. She saves a man’s life and that man gave her the house as a token of gratitude. But soon, she has been made the new deity. No more spoilers now! Watch the show to know what happens next.

So, now the journey starts as we will give you the list of 12 anime to watch if you enjoyed this show.

Written by Higuchi Tachibana, Fruits Basket made its debut on July 5th, 2001. In 2002, this anime was termed as the best anime series out of 20 in Japan. Moreover, the show was praised for the strength of the character relationships.

The plot of the story revolves around an orphan girl called Tohru Honda. She meets Yuki, Kyo, and Shigure Sohma only to learn that the 13 members of the Sohma family are possessed by a spirit of the zodiac. Through the series, she learns the hardships faced by them and through her loving and generous nature tries to heal their emotional wounds. In the process, she also learns new things about herself. You can watch this show on Netflix, Hulu, and Crunchyroll.

This show is also known by the name of “Snow White with the Red Hair”. It tells the story of Shirayuki who has amazing red-colored hairs which attract people. Since childhood, she was made very careful to show her hair in unfamiliar or new surroundings. She grew up to be a strong and independent woman but her hair got the attention of Prince Raj who orders her to a concubine. She refused his orders and cut her hair as she was well aware that he wants him only due to her unique hair. She escaped to the neighboring country where she meets Prince Zen. Prince Raj realizes that he loves her and starts working hard to be the ideal prince as Prince Zen and Shirayuki develop a romantic relationship.

This show is a must-watch for the fans of Kamisama Kiss as both shows focus on the string and independent women. You can watch it on Hulu.

Written and illustrated by Mizuho Kusanagi, this anime is set in 2000 years ago when a fictional nation called Kouka was founded. After 2000 years, the story connects with Yona who is the princess of Kouka. No more spoilers now. If you are interested in knowing what exactly happens in the show, then watch it on Hulu.

The all-boys school has become a co-ed school recently but the female population is still a minority in the school over the years of hard work. Misaki Ayuzawa tries to work hard to make the school a better and safe place for girls. She, soon, becomes the popular girl at the school but she also works at a maid café t support her mom who is ill. The secret of hers is soon discovered by Takumi Usui, who is a popular boy at the school. However, he does not reveal her secret but becomes a regular customer at the school, much to Misaki’s surprise. Soon, they both fall in love with each other. To know what happens next in the show, you need to watch the show. The show is available on Hulu.

If we are talking about anime like Kamisama Kiss, it would be wrong not to talk about Zakuro. The plot of the show revolves around the westernization of Japan where humans and spirits existed together. There is a challenge to maintain harmony between them. You can watch the anime on Crunchyroll.

Written and illustrated by Katsuyuki Sumisawa, the plot of the story revolves around Kagome Higurashi who lives with her mother, grandfather, and younger brother. On her 15th birthday, she is searching for her cat and suddenly she is dragged into the enshrined Bone Eater’s well. If you found the plot interesting and want to watch the show, it is available on Hulu.

This plot revolves around Erika Shinohara who is a high school student. She wants to fit in the world of a clique so that she doesn’t end up lonely. The problem is her clique of girls who have boyfriends. So, she had to lie to have one, and to prove her she takes a picture of a random guy. Turns out that he is the most popular boy in her school and she asks him to pretend like his boyfriend to which he agreed but under the condition that she would act like a wolf girl. She discovers that he randomly insults others but gets attracted to him and falls in love with him. She, eventually, finds out that he is also attracted to her. So, what will happen between these two? Will they be able to confess their feelings to each other? To know this, watch the show on Netflix.

8. The Earl and the Fairy

When we are talking about series like Kamisama Kiss, this show has to be included in the list. Set in Victorian Britain, it follows the adventures of a 17- year- old girl nicknamed “Fairy Doctor”. She has a unique interest in the world of fairies. When she meets Edgar, her life takes a turn. If you are interested to know what happens next, watch this amazing show on Crunchyroll.

Takashi Natsume has unique abilities to see the spirits, he inherited this power from his grandfather. This ability of him resulted in him being lonely as the children of his age considered him strange. Upon her death, Reiko gave him her book of Friends which contains the name of the spirits. To know more about this show, watch it on Netflix.

Popularly known as Noragami, it made its debut in January 2014. Hiyori Iki’s life takes a turn when she involved herself in a bus accident while saving a stranger. This incident made her aware of the existence of two parallel worlds. She meets a nameless God without a shrine called Yato. If you wish to watch this show, you can watch it on Crunchyroll.

This show revolves around Kyoko Mogami who is a sixteen-year-old girl who is in love with Shotaro Fuwa who is her childhood best friend. Shotaro does not want to involve in the family business and asks Kyoko to run away with him to Tokyo leaving high school and their education behind to which she agreed. Later, she lives a fragile life in Tokyo and works multiple jobs to help Sho. Upon being famous Kyoko overhears Sho talking to his manager about her. She realized that he wanted her only for housekeeping duties. So, watch this show on Amazon Prime Video.

Written by Mari Okada, this show is set in Victorian-Era London where lives 12 years old girl called Ciel. Amidst the chaos, she discovered her parents. This is really a must-watch anime and deserved all kinds of love and appreciation. If you want to watch this show, you can watch it on Funimation.

So, this is the full list of the anime that you would definitely like if you enjoyed Kamisama Kiss. Make sure to watch these shows as these also deserve the same love and appreciation from the fans. Let us know if we missed any of the anime similar to Kamisama Kiss.