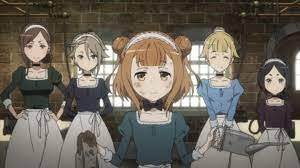 Spy X Family Anime is a very popular Manga Written and illustrated by Tatsuya Endo and published by Shueisha. This is where a spy, a telepath, and an assassin come together in disguised recognition and pose as a family to each other with hidden identification. These often pronounced as Spy family are is a popular Japanese manga series. The specific genre of this Manga is Action, Comedy, and Spy, and is directed by Kazuhiro Furuhashi. After this variety was released, the whole genre gained huge momentum and anime lovers have now several options and creations in this category. After the first of this kind of Manga was rolled out, fans and anime lovers had striking reactions to this series of Manga. Thus, we are here recommending 15 similar anime of the Spy X Family trope that people loving this trope can watch.

An anime of comedy and slice of life genre, Kakushigoto is written by Koji Kumeta and published by Kodansha. The story is about a writer, Kakushi, who is a single father to an innocent and amazing daughter and lost his wife to an accident. Kakushi is a secret lewd writer who has to protect this information from his daughter and keep his profession a secret. With 12 episodes and a 7.4/10 IMDB rating. This series is termed to be a slightly daring with weekly publication in Japan. A father who writes a little vulgar manga and uses subterfuge to hide the fact from his daughter is a bit daring concept for this industry.

A Japanese manga series which is written and illustrated by Mami Tsumura is a twelve-episode TV Drama with each episode of 23 minutes each. A series when Anya the goofy child, lives all by herself and has had a few adventurous shenanigans. For a comedic series like this, it was rather overlooked when was released on Netflix. The tale of Anya living alone and finding a family like with the neighbors is a fun ride to be in. If you’re wondering why the child had to stay alone at the age of four, well then, Kotaro’s Family happenings are still a mystery.

The Manga series of Japan is well-illustrated by Tsukiya. A heartwarming story of a little girl and her Yakuza caretaker, this manga is very adorable. The demon of Sakuragi is the nickname earned by Kirishima Tooru who is the right hand of the Sakuragi crime family. The man of severe violent instincts had the perfect job, where his nature could help him vent. His troubled violence knew no bounds and was doubted that anything would ever stand in the way of his vicious nature.

When a strange object falls upon Nitta, he could not help but wonder what it could be. On revelation, it was found that the object had a young girl who had super telekinetic powers within her. The young girl was Hina and her power had some repercussions. Without using her powers she might just lose it and destroy everything around her. But with her having the powers, there was a constant fear of the powers being misused by the foes upon others and Nikka. Eventually, Nikka finds himself taking Hina in and protecting the young girl. However, this was just the beginning as the story of these two people coexisting began.

An action fiction animated series released in 2017, Princess Principal is about five girls, who have enrolled themselves into high school but are spies who possess special abilities. These undercover girls work towards a common goal and use their special powers and talents to fly around. With 7.2/10 on IMDB, this fiction has 12 episodes altogether. The specific genres of this fiction are Steampunk, Spy Fiction, and Action Fiction.

Listen To Me Girls, I am your Father

In Japan, known to be Papa No Lukoto Wo Kikinasai, is a light novel series written by Tomohiro Matsu and illustrated by Yuka Nakajima. A story about Yuuta Segawa, who starts to babysit his three nieces, when her sister Yuri and her husband went on a trip. However, fate had other plans stocked up when the plane they were traveling on went missing and the people Yuri and her husband were assumed to be dead. This led to a similar set of events when Yuri and Yuka were children and lost their parents. They were even forced to separate from each other as siblings when Yuri decided to nurse the little brother. Similar things happen to his niece, it’s an admiring story of Yuka and his three nieces.

A Japanese manga series written and illustrated by Gido Amagakure is a story about a teacher Inujuka who after the untimely death of his wife had to raise his daughter Tsumugi all by himself. For a father who always provided her with ready-made meals, after a rare encounter, he taking a cooking class to nurture his girl is all about the series. Directed by Tarou Iwasaki, and written by Mitsutaka Hirota, Sweetness and Lightning is a sweet story to look forward to.

A series with 11 episodes, which is created by Yasutaka Tsutsui and written by Taku Kishimoto, this is premiered on Netflix on April 9, 2020. A plot includes two police officers with diverse belief systems, who have to come together and cooperate to solve one of the biggest crime records. What’s interesting to experience is the partnership of Daisuke Kambe and Haru Kotau to solve the mystery and crime of their city.

The Japanese manga series by Yu Aida has been adapted from the Gunslinger Guns in the year 2003. When young girls from hospital beds are picked up and given a second chance at life, ad ruthless killers for the Italian government, it is seen that turmoil is created when emotions thrash against the artificial enhancements.

A 2017 Action Fiction animated series, Baccano is an 8.4/10 IMDB. The plot sums up the reunion of the alchemists who had to scatter themselves around the world when some demons who produced the elixir of life had to disappear. A series with the perfect amalgamation of the elixir of immortality, gangsters, alchemists, and others, Baccano, written by Ryogo Narita and illustrated by Katsumi Enami is a sure shit thing to watch.

The Executioner And Her Way Of Life

Written by Mati Sato and illustrated by Nilitsu, The executioner and her way of life is a Light novel series. It is a story about an executioner Menou, who had to kill the lost ones but couldn’t kill one of them known to be Akari. The reason being Akari possesses the power where can reverse death. Well because it anyhow has to kill. The lost one, Menou has no other option but to stay with Akari.

The World’s finest assassin, an original work by Rui Tsukiyo and directed by Masafumi Tamaru is a widespread series containing 12 episodes. With the Japanese air date release on October 6, 2021, and the English air date release on November 24, 2021, the original release date was in July 2021, after which it got delayed. The story about the greatest assassin on earth who only lived as a beneficial tool to his employees, one day was made not to exist. Well by the grace of a goddess when he was reborn into the world of swords and sorcery. This gave him a chance to do things and live life differently this time but that came with a twist. When he had to fight a powerful hero who was about to end the world, if not stopped.

Gosick, a Japanese light novel written by Kazulki Sakuraba and illustrated by Hinata Takeda, was released in four volumes. The plot of the story is set in a 1924 fictional European Setup. This is a story about Kazuyo Kujo, son of a soldier and a transfer student, who meets a girl, beautiful like a doll, Victorique. A girl who has terrible smoking and reading habits is often found bunking classes to only be found in the library. The story about these two people getting involved together in strange cases, to meet people unfolds stories and excitement.

A Japanese light novel series written by Chirolu is an absolute mix of several exciting genres like animation, adventure, comedy, drama, fantasy, and mystery. A story about Dale, an amazing cool, and composed adventurer who comes across a little devil girl amidst the forest. Well, her adorable self, only made Dale take her home and start parenting her. The journey only made him more affectionate and fatherly, when there were greater mysteries to unfold. Mysteries why an adorable girl like Latina was in a forest and was named as a criminal around.

The Ways Of The Househusband

Written and illustrated by Kousuke Oono, the first part of the ways of the House Husband was released in April 2021 while the second volume in October 2021. The story about An immortal dragon called Tatsu who retired to support his wife and become a househusband faces intimidation when he constantly faced issues within his actual personality and his acquired hose husbanding skills. His unusual yet frequent face-offs and run-ins with his ex-colleagues and rivals made his decision a lot more challenging.

You can watch these anime only on Crunchyroll.