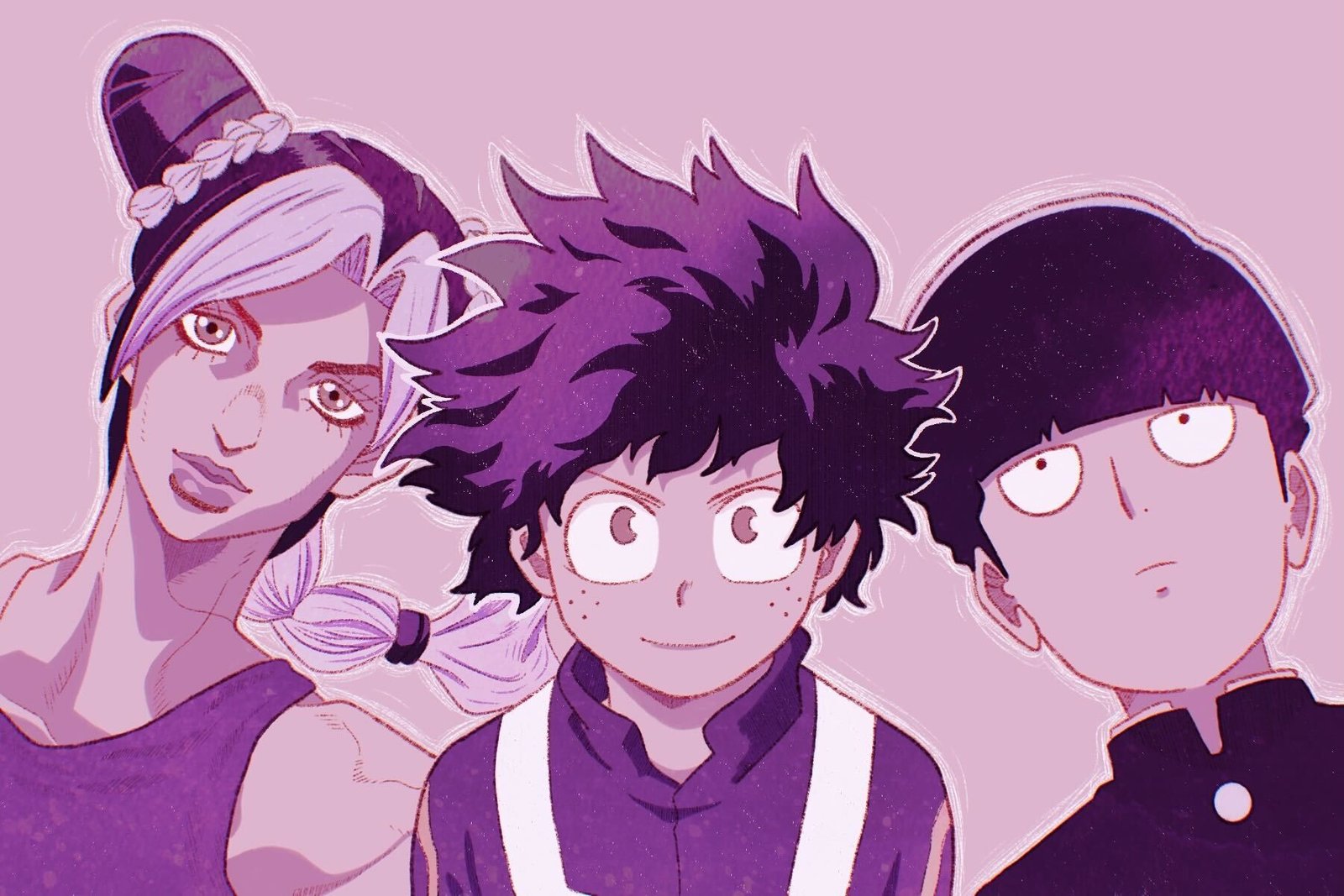 Do you want to know the name of all the anime series that are set to be released in October? We have made an amazing list for you that will help you to know what you should watch in the month of October. Here is the list of anime television series that is going to be aired this October, feel free to read the whole article and let us know which anime series you are waiting for.

Spy x Family, one of the most popular Japanese anime television series that got released this year on April 9 on Netflix, this series even made it into the top 10 shows on Netflix, the first part of this series did so well than we expected and now that the second part is going to be released on October 1, 2022, fans are really looking forward to October and want October to come as soon as possible so that they can watch the second part of Spy x Family.

The overall story is so interesting that fans have been waiting for the anime series to release its second part as soon as possible. It is written by Kazuhiro Furuhashi and also directed by him. The first season has 12 episodes in total, we do not have any particular information about the episodes of the second season, once it gets released we will surely know about it too. The story is very interesting as it shows the life of Loid, Yor, and Anya.

These three get involved in each other’s lives without knowing the true identities of each other but Anya knows what is the profession of Yor and Anya also knows the true profession of Loid. What will happen when all of them get to know about their real identities? The Characters of Spy x Family are Anya Forger, Yor Forger, Loid Forger, Bond Forger, Desmond Damian, Briar Yuri, Henderson Henry, Franky Franklin, Becky Blackbell, Sherwood Sylvia, Watkins Bill, Elman Emile, Desmond Donovan, Egeburg Ewen, Camilla, Edgar, Bondman, Evans Walter, Millie, Swan Murdoch, Sharon, Karen, Dominic and many more are there. The voice actors are Tanezaki Atsumi, Hayami Saori, Eguchi Takuya, Fujiwara Natsumi, Ono Kensho, Yamaji Kazuhiro, and many more are there. Are you also looking forward to this anime series? You can also watch this series on Netflix.

It is also a manga and there are many spin-offs of the manga version as well as the Anime version. This science fiction anime television series is written by Yosuke Kuroda and the directors are Kenji Nagasaki, Tomo Okubo, and Masahiro Mukai the producers of this series are Kazumasa Sanjoba, Hiroshi Kamei, Naoki Amano, Hirokazu Hara, Natsumi Mori, Wakana Okamura, Koji Nagai, Yoshihiro Oyabu, Hayato Saga, Sokichi, etc. The series was first aired on April 3, 2016.

The manga got released on July 7, 2014, and as of now it has 35 volumes, it is written by Kohei Horikoshi and published by Shueisha. The story of this anime series is mainly focused on Izuku Midoriya and his childhood friend Katsuki Bakugo who always bullies him but even though Izuku Midoriya gets bullied by his childhood friend he dreams of becoming a hero, the story is very interesting and the characters of this anime television series are also on point.

3. Uzaki-chan Wants To Hang Out! Season 2

The series has gained so many viewers because of its fresh genre, as the series is a romantic comedy and Slice of Life anime series fans have been enjoying it a lot, slice of life series always hit different, they teach us so many things, especially the characters, inspire us so much as well as the anime series, fans have shared on the internet that how Uzaki-chan Wants To Hang Out! Have helped them to learn many new things and how to see life differently.

This series is an adaptation of the manga version. The manga is written by Take and it is published by Fujimi Shobo, the original running period of the manga is from December 1, 2017, to the present, and as of now, it has 9 volumes. The anime version got released on July 10, 2020, and ended on September 25, 2020, the author of Uzaki-chan Wants To Hang Out! Is Takashi Aoshima and it is directed by Kazuya Miura.

She can’t believe that she is going to the same college as Shinichi Sakurai, who also went to the same high school as Hana Uzaki but at the same time she is very excited, her excitement changes when Hana finds that Shinichi has changed a lot and he is now being alone and doing things by himself, she feels like he has become very boring so Hana decides to make him cheerful and help him to experience new things and explore many things to see Life is a different way, will Hana be able to change Shinichi? Or she will end up being disappointed?

You must have read the previous article that we shared about Eternal Boys, if you have not read it yet then you should read that article too because you will learn a lot about this upcoming anime television series. Eternal Boys is set to be aired on October 11, 2022.

Fans have been eagerly waiting for this anime series to be officially available on online streaming sites. Eternal Boys has a fresh concept and the characters are exciting too, the story depicts the life of six middle-aged men that have decided to debut as an idol group despite facing so many failures but they have also witnessed success too, but what will they witness this time? Will fate be in their favor? Or they are on the way to facing another disappointment?

The voice actors are Hirakawa Daisuke, Konishi Katsuyuki, Fukuyama Jun, Namikawa Daisuke, Morikawa Toshiyuki, Sasaki Nozomu, etc. Most probably it will be available on Crunchyroll, if you want to watch it you can watch it there once the drama gets released.

“To Your Eternity” the name itself seems so dreamy and poetic, the series is also like that. This fantasy anime television series is written by Yoshitoki Oima and published by Kodansha. The manga has 18 volumes and it git released on November 9, 2016, and is still ongoing. The first season of To Your Eternity is directed by Masahiko Murata and the second season is directed by Kiyoko Sayama.

The author of this anime series is Shinzo Fujita and the producer is Aya Ishii. The first season of this series got aired on April 12, 2021, and the second season is set to be aired this October. You must have seen the anime, A Silent Voice, this is also created by the same writer of To Your Eternity, Shinzo Fujita is back with another beautiful anime television series.

The literal title of To Your Eternity is Fumetsu No Anata e, the story is about an Immortal Boy who lives on Earth and tries to experience all kinds of emotions, as he is an immortal being he faces all the emotions without an ending.

The show is available on Netflix and it is also available on Crunchyroll. Are you excited to watch its new season in October?

6. My Master Has No Tail

My Master Has No Tail, popularly known as Uchi No Shishou Wa Shippo Ga Nai is a popular Japanese anime series as well as Manga. The Manga is written by TNSK and Published by Kodansha, for now, it has 8 volumes and it is still ongoing, the manga was first released on January 7, 2019.

The anime series is going to be released at the end of September and starting of October, so the whole of October month you are going to enjoy the episodes of My Master Has No Tail.

This anime series is also going to be released on Crunchyroll, you can watch the series once it gets released.

The new version is written by Yuko Kakihara and directed by Hideya Takahashi, Yasuhiro Kimura, and Takahiro Kamei. The story shows that a group of aliens enters Earth and challenges the human beings of Earth, the overall story is very interesting, you should watch this anime once it gets released.

Welcome To Demon School Iruma Kun was aired on October 5, 2019, and the third season is set to be aired in October 2022, it is written by Kazuyuki Fudeyasu and produced by Yusuke Fujita and the director of this series is Makoto Moriwaki. The characters are Iruma Suzuki, Alice Asmodeus, Ameri Azazel, Clara Valac, Kalego Naberius, Sullivan, Opera, etc.

10. More Than A Married Couple, But Not Lovers

More Than A Married Couple, But Not Lovers is another anime series that is going to be released in October. It is set to be aired on October 9, 2022, this series is directed by Takao Kato and Junichi Yamamoto and it is written by Naruhisa Arakawa. The story is about Jiro Yakuin and Shiori Sakurazaka. The characters of this series are Akari Watanabe, Jiro Yakuin, Shiori Sakurazaka, Minami Tenjin, etc.

Do It Yourself is an upcoming anime series that is set to be aired on October 6, 2022. This Slice Of Life anime series is written by Kazuyuki Fudeyasu and Directed by Kazuhiro Yoneda. The characters of this series are Serufu Yua, Miku Suride, Rei Yasaku, Takumi Hikage, Kokoro Koki, etc.

12. Reincarnated As A Sword

Reincarnated As A Sword is based on the manga that got released on December 9, 2016, and it is still ongoing but the anime version is set to be aired on October 5, 2022. The story is very unique as it shows the life of the main protagonist reincarnated as a sword after the protagonist losses his life in a car accident, what will happen to this poor sword who used to be a human?

This anime series is going to be released on October 2, 2022, it is directed by Hiroshi Kobayashi and Ryo Ando and the author is this series is Ichiro Okouchi. The characters of Mobile Suit Gundam: The Witch From Mercury are Suletta Mercury, Miorine Rembran, Guel Jeturk, Elan Ceres, Nika Nanaura, etc.

READ MORE: Shrek 5 Release Date and More Information That You Need To Know!

14. The Eminence In Shadow

The Eminence In Shadow is going to be aired on October 5, 2022, so the whole October month is packed for you I guess because there are tons of anime series going to be aired this October, you should not miss out on any anime series watch them all and relax. The story is about a boy who does in an accident and reincarnated in a different world more like a fantasy world, fans have high expectations from this fantasy series. What you do think about this?

Blue Lock is based on the manga that has the same name, this series is set to be aired on October 9, 2022, and it is written by Taku Kishimoto. This series is going to inspire you a lot as it is related to sports. The characters of Blue Lock are Yoichi Isagi, Meguru Bachira, Rensuke Kunigami, etc.