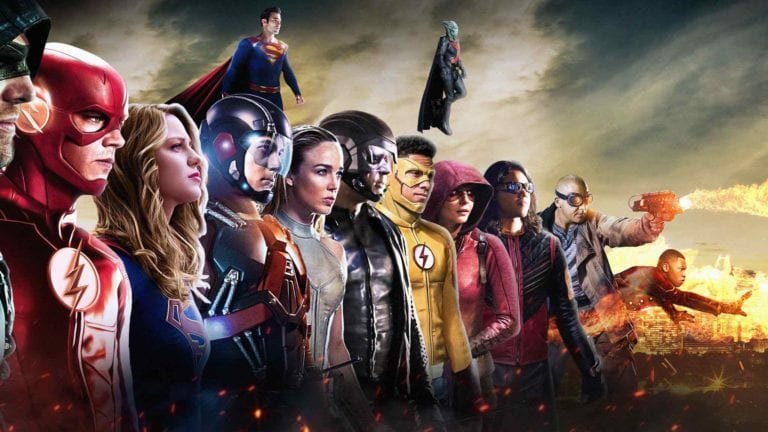 Superheroes are, without a doubt, the hottest topic in pop culture right now. The Arrowverse is made up of four primary shows that you should watch. Arrow, The Flash, Supergirl, and DC’s Legends of Tomorrow are the shows under discussion.

No one could have imagined the superhero sensation that would follow when Arrow premiered on The CW in 2012. As Smallville came to an end after ten seasons, Oliver Queen took to the streets of Starling City. Despite the fact that Arrow barely lasted eight years, its legacy is poised to live on. Arrow, created by Greg Berlanti, Marc Guggenheim, and Andrew Kreisberg, took a different approach to superhero origins than Smallville’s slow-burn prequel, and it was carried over to various spin-offs that relied on 80 years of DC Comics history.

No one could have imagined the superhero sensation that would follow when Arrow premiered on The CW in 2012. As Smallville came to an end after ten seasons, Oliver Queen took to the streets of Starling City. Despite the fact that Arrow barely lasted eight years, its legacy is poised to live on. Arrow, created by Greg Berlanti, Marc Guggenheim, and Andrew Kreisberg, took a different approach to superhero origins than Smallville’s slow-burn prequel, and it was carried over to various spin-offs that relied on 80 years of DC Comics history.

The Arrowverse series are listed in chronological order:

The CW announced in 2012 that it would air a series based on DC’s Green Arrow as a spiritual successor to its just-completed Smallville – little did fans anticipate that it would generate a massive television world. After less than a decade, the so-called Arrowverse has grown to include no less than seven television shows, with the recent Crisis on Infinite Earths plot allowing for much more.

Overall, there are hundreds of hours of superhero storytelling for fans to enjoy, but there is some debate over the optimum order in which to consume them. While dedicated fans have meticulously charted out the Arrowverse’s timeline episode by episode, we want to make it as easy as possible for novices to immerse themselves in the world of DC Comics characters.

If you’re unsure what to watch or in what sequence to watch the Arrowverse series, this article will clear things up for you and can serve as a beginner’s guide. Continue reading to learn about the Arrowverse watch order.

Begin with the first two seasons of the program that started it all if you want to dip your toe into the deep end of the Arrowverse. After five years stranded on a terrible island, Oliver Queen (Stephen Amell) returns to his family’s home in Starling City in the first episodes of Arrow.

He adopts a vigilante character and uses his excellent archery abilities to take out dangerous opponents in order to clean up the crime-ridden city. The forensic scientist Barry Allen (Grant Gustin), who goes on to become The Flash, the scarlet speedster, is introduced in the second season of Arrow.

2- Arrow And The Flash

After you’ve watched the first two seasons of Arrow, you’re ready to take it up a notch and watch two Arrowverse shows at the same time. Seasons three and one of Arrow and The Flash aired on The CW simultaneously, with the scarlet speedster debuting first on October 7, 2014, and the emerald archer following a day later. Some purists will argue that switching between the two shows in broadcast order isn’t the best technique for maintaining continuity.

It is, however, the simplest technique, and most viewers will find it to be without major concerns; after all, this is the sequence in which they were first seen. The order of the first so-called Flarrow crossover, which starts with The Flash 1×08, named Flash against Arrow and ends with Arrow 3×08, titled The Brave and The Bold, is crucial.

Due to its home on a different network at the time, Matt Ryan’s Constantine series debuted on television and was not officially considered as part of the Arrowverse (NBC). Constantine would ultimately join the ranks of DC’s television universe, so anyone hoping for a complete viewing experience might consider binge-watching the cult favorite 13-episode series as an option.

3- Welcome The Legends Of Tomorrow

Oh, oh, this is starting to get tough. The Arrowverse expanded again the following year, with the inclusion of an ambitious new team-up series and Supergirl, a Kryptonian crimefighter.

Because Supergirl didn’t join the Arrowverse until her second season, there’s just a little amount of crossover to be concerned about. Still, we recommend watching these episodes in the order they aired; for the first three episodes, alternate between The Flash season two and Arrow season four.

After that, add Supergirl to the mix, making your rotation look like this: Supergirl, The Flash, and lastly Arrow (and repeat until you reach episode 10 of each). Are you ready for a fourth? So go ahead and do it!

Time traveler Rip Hunter (Arthur Darvill) enlisted the help of an unusual group of metahumans to take down the wicked Vandal Savage in Legends of Tomorrow (Casper Crump). Arrow season three and The Flash season one, as well as the second Flarrow crossover, provided the basis for the series (see: The Flash 2×08 and Arrow 4×08)

Legends premiered in January as a midseason premiere on The CW, so watch the pilot episode after episode 10 of Arrow and adjust your schedule appropriately. Supergirl should now come first, followed by The Flash, Arrow, and finally Legends of Tomorrow.

Also Read: We Are The Champions Season 2: Already Announced?

The CW was kind enough not to add another show to its DC lineup this year, but there’s still a lot to cover: don’t worry, we’ll go through it together. Keeping with the notion that watching in the broadcast sequence is the easiest, start with The Flash’s season three premiere, followed by Arrow’s season five premiere.

Once those two episodes are out of the way, we can get back to our regular schedule, which currently includes Supergirl season two, The Flash season three, Arrow season five, and Legends of Tomorrow season two. Only during the huge Invasion crossover, in which all four programs tie into following Supergirl’s move to The CW, do you need to stray from the pattern.

The following is the order in which you should view the Arrowverse Invasion: The following episodes are Supergirl 2×08, The Flash 3×08, Arrow 5×08, and Legends of Tomorrow 2×07. Is it still the case that you’re with me? Things are about to get more challenging, so that’s a good thing.

We’re at it again! Let’s start with our tried-and-true Arrowverse rotation: Supergirl season three, The Flash season four, Legends season three, and finally Arrow season six. As you approach the Crisis on Earth-X crossover event, you’ll have to break that trend, which begins in Supergirl 3×08, continues in Arrow 6×08, and escalates in The Flash 4×08, and concludes in Legends 3×08.

The CW’s launch of Black Lightning, based on the DC Comics superhero, was memorable this year, but his first season unfolds in a different world with no major crossovers. As a result, while you could insert Black Lightning into the broadcast order, there’s no compelling need to do so, and you could binge season one on its own if you wanted to.

As the Arrowverse started its seventh year, The CW’s schedule was jam-packed with DC programming, with The Flash, Black Lightning, Supergirl, Arrow, and Legends of Tomorrow airing in that order. Due to the fact that Black Lightning is still functioning on a separate Earth at this moment, and Legends did not participate in this season’s main crossover, both programs can be binge-watched separately to keep your watch list simple.

Hooray! You’ve arrived at the pinnacle of the Arrowverse. After Stephen Amell chose to stop Arrow after eight seasons, the writers had no intention of letting him go without a proper send-off. As a result, they set about putting their own perspective on one of DC Comics’ most iconic tales, using it as both a big send-off and a useful streamlining tool for their own jumbled continuity.

The CW’s roster featured six DC Comics shows, and balancing them all is a challenge and a huge time commitment, but the most crucial item to get right is the Crisis viewing order. Supergirl 5×09 begins off the crossover, which continues with Batwoman 1×09, Black Lightning 3×09, The Flash 6×09, Arrow 8×08, and ultimately Legends of Tomorrow 5×08. The fallout from Crisis on Infinite Earths continues in Batwoman 1×10, which focuses on the destiny of one of the universe’s displaced characters.

Arrow, The Flash, Supergirl, DC’s Legends of Tomorrow, and Black Lightning are some of the most popular superheroes shows on television today. Currently, Netflix has all five series available to watch. Despite the fact that Netflix owns the majority of The Arrowverse, the universe is actually far larger. An HBO Max subscription is required for that. Across 42 seasons, there will be 725 episodes.