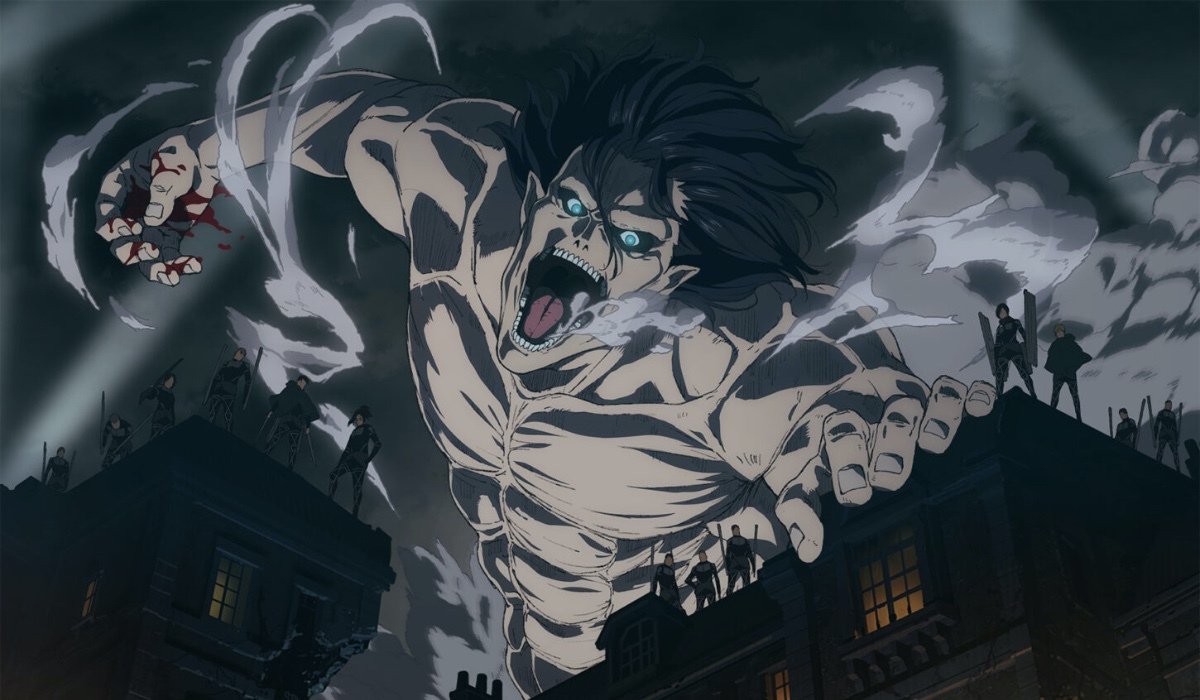 Since its debut in 2013, Attack on Titan, based on Hajime Isayama’s manga of the same name, has been a staple for anime lovers all over the world. Over time, what began as a terrible but basic tale of Man vs. Titan became impossibly darker for the characters we all know and love.

Fans have been anticipating the end of the War for Paradis and the fates of Eren Jaeger, his friends, foes, and everyone in between for most of 2021, with countless questions and hypotheses. If you’re anything like us, you’ll want to hang on a bit longer because the end of Attack on Titan is quickly approaching.

The second half of Season 4 of Attack on Titan will be broadcast on Sunday, January 9, 2022. Part 2 will resume with episode 17, “Judgement,” after episode 16, “Above and Below.” It will be available to watch on Funimation, Crunchyroll, and Hulu. Along with the announcement, we received this fantastic Eren poster.

While you wait for episode 17, check out our summaries of previous episodes! Funimation has released episode synopses for Attack on Titan Season 4.

“The Other Side of the Sea” Episode 1

“As Marley battles the Mid-East Alliance to end a four-year conflict, a group of Warrior contenders vie for the Armored Titan’s successor.”

Despite their satisfaction that the battle is over, both the Eldian Warriors and Marley brass are aware that neither side has a future until the Founding Titan is retrieved.”

“The Door of Hope” Episode 3

“Reiner considers his upbringing, recalling what inspired him to join a Warrior and endure when all hope seemed lost.”

“From One Hand to Another” Episode 4

“From One Hand to Another” A surprise visit from the Tybur family shakes the Marleyan military. Meanwhile, Falco smuggles letters for a buddy and arranges a reunion with two old friends.”

“When Eren and Reiner eventually meet, tensions rise behind the scenes as Willy Tybur delivers his passionate public presentation.”

It’s called the Battlehammer. Eren’s rampage is thwarted by Titan’s tenacity. “If Marley’s military joins the conflict, it will struggle to survive on its own.”

A Paradis soldier launches an attack, but the Warriors hold their ground. He is fighting to get through to the War Hammer’s defenses while Marley Warriors close in on him.”

Scouts board the airship now that the Titans are no longer a threat. Gabi pursues them with her firearm to make them accountable for invading her country.”

“As Paradis deals with the aftermath of the Liberian raid, Armin travels back in time to see the volunteer troops that helped shape their civilization.”Episode 10

Scouts board the airship now that the Titans are no longer a threat. Gabi confronts them in a shootout as punishment for their transgression.

Paradis was surprised to see a familiar face when his first visitor came two years ago. Securing their cooperation is critical in order to carry out a three-part strategy to defend Paradis.

Falco and Gabi will go to any length to live on the world’s most dangerous island. People are looking for answers because Paradis’s savior has been jailed.”

Outside, tensions grow as Hange and Pyxis collaborate to find Zeke’s true motivations, while Armin and Mikasa seek Eren’s permission to meet with him.

“Children of the Forest” Episode 13

“Gabi and Falco go in search of a fellow Marley who is taken aback by the sight of Warrior hopefuls.” The truth about what transpired at Ragako could shed light on Zeke’s covert plans.”

“Armin and Mikasa are taken aback by what Eren says after chatting with him. Zeke, on the other hand, has different plans for the Beast Titan, which Levi is considering giving over to a jungle newbie.”

“Above and Below” Episode 15

Zeke’s ultimate strategy has been made public since the Jaegerists took control, but Eren claims that “before publicizing it, he recruits to help sweep out any infiltrator in their midst.”

Click here to watch Season 4 Of Attack On Titan on Hulu.