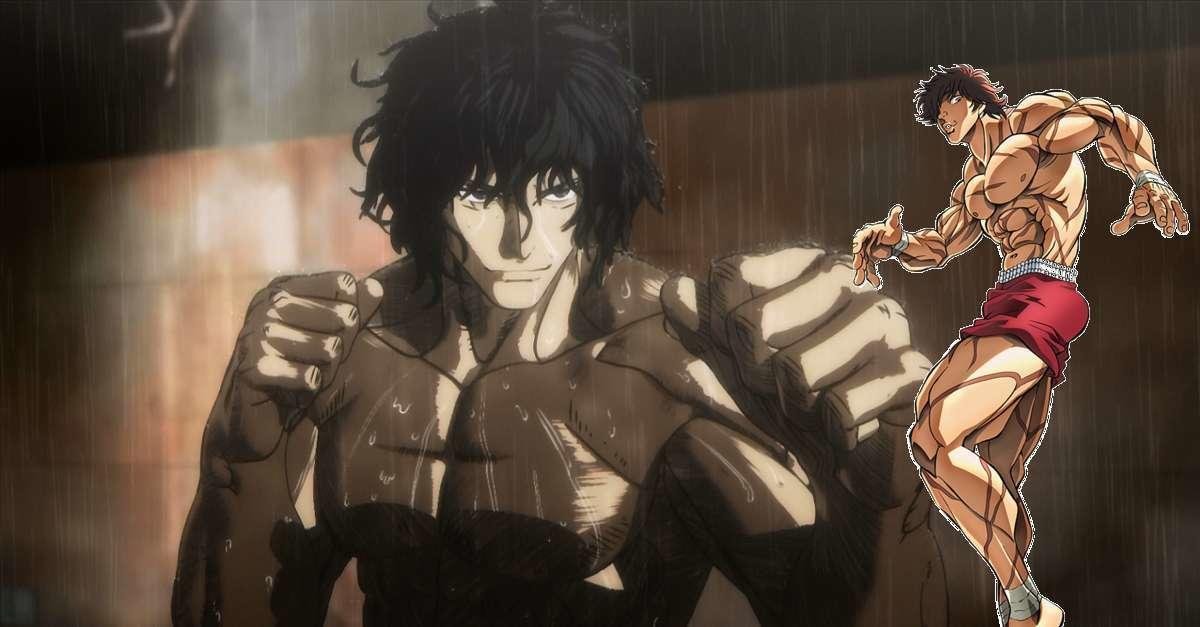 These two Anime, Baki and Kengan Ashura are the two of the strongest and the most intense of all anime in history. they have had terrifying tournaments which are known to be the best and fans are crazy for it.  What do you think is the best or who is the deadlier one? Well, there is obviously no comparison between them. They are best in their own way. So before we discuss further will tell you a little bit about them, about what they are, and how are they popular enough. These characters from Kengan Ashura and Baki though are not able to shoot beams or use magic, but their bodies do wonder because they are so powerful that they can easily get through a stone and can easily smash metal as hard rock things as possible.

The protagonists in both shows continue to grow and become stronger, achieving ludicrous feats of strength that no average person could ever aspire to do. This sort of Anime features some of pop culture’s most influential characters. Especially in the genre like Martial arts anime which in particular, allows for the most extreme manifestations of force, with skills, action, magical energetic moves, a divine force of fighters such as Dragon Ball Z’s Spirit Bomb and Naruto’s Rasengan pushing battle to its limits. These two, Baki and Kengan Ashura are the two anime that gives the best express the joy of witnessing pure, healthy, truthful physical fighting, despite the fact that they can and they do go to their extremes limits.

The tremendous fighting ability of these two protagonists is one of the most prominent aspects of both series. Throughout this series Kengan Ashura people are only crazy about these two fighting and winning battles. I have heard a lot about these two Anime series and the main characters of it. Enormous amount of fighters compete in the ongoing tournaments in Kengan Ashura, which also showcase their distinct MMA skills. And by MMA skills the inner power they have or the gifted which lead to being god of all the people, these approached fights filled out everyones time and thoughts, and it’s fascinating to learn why each fighter fights the way they do and how they fight and what for. For example, for example one character who can throw tremendously strong and terrified jabs and moves without needing to build up momentum. The characters in this Netflix’s Anime Baki have distinct combat methods and abilities, but there is a big delineation between those who use martial arts and those who use pure strength. Like, in simple words between Both one uses man made strength and another use pure one. Which makes actually vast difference as it is Always noticable. Specially, in Anime people loved to watch both type of strengths though pure strength fights are more interesting. Oliva, a character who outright refuses to employ martial arts, is one example. Well on the other side Ashura is the superior series because when it comes to showing technical combat skills, as the anime splits its focus between pure power and fighting powers, As I said earlier people do have types for strength.

Who is the Deadlier One?

So in baaki anime it starts from an event with escaped, violent prisoners which actually forms a story and a lot of suspense which, only gets better from there, so in the later parts the battles won’t stop of just because a referee calls of time to fight. baaki is the deadlier anime, as it has man made action skills,  whereas another series Kengan Ashura is more entertaining to watch because to the skill in the fighting and animation that makes the conflict appear much smoother. While both shows are brutal in fights and strength but it’s fun to watch. the stakes of Baki anime are significantly higher. ande end there is hardly any comparison because both of the series is equally intersting and indulging, as both them are humans with a special magical energy, and about time this is only an anime which is not reality and it shows they are the fastest and strongest human that anybody could ever be. In both of it they can do any many things but Kengan has pure powers so he can break walls and hard stuf but baaki can not. Best part of the series is when a character named spec breaks out submarine in to sea around 250 m deeep. And then attack it on with a bare fist to come out. So at the end there’s hardly any conclusion as it is dependent on viewers Choice.

Where to Watch Baki and Kengan Ashura?

You can watch Baki and Kengan Ashura on Netflix itself.

MUST READ| Higurashi Watch Order That You Should Follow