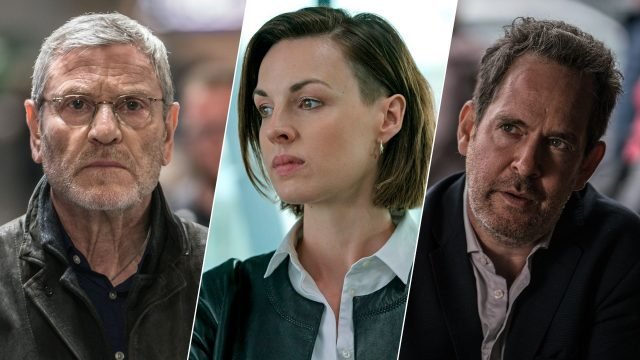 ‘Baptiste’ Tv show is a British Tv drama series created by Harry Williams and Jack Williams. The lead character of Baptiste first appeared in the series The Missing.

This series revolves around the retired police detective Julien Baptiste. Although he is retired, he continues to solve criminal cases. ‘Baptiste‘ is a thriller mystery story of criminal cases. With just two seasons, the Tv series has proved to be an entertainer.

This show is a binge-worthy suspenseful series. ‘Baptiste‘ series received a good rating of 7.3 on IMDb.

The second season of ‘Baptiste‘ ran from 18 July 2021 to 22 August 2021. The audience craves a third season. But unfortunately, the show has been canceled for the third season. ‘Baptiste‘ Season 2 is the finale season of the show.

Julien Baptiste is the main character of the ‘Baptiste’ Tv series. He is a retired police detective; he continues to solve criminal cases even after retirement. Julien Baptiste has a specialization in missing person cases.

In Season 1 of the series, Julien Baptiste gets asked to help the Dutch police, searching for a sex worker. While in the second season, he gets called to Hungary to search for the missing British ambassador’s family.

MUST READ| Was It Love Season 2 Release Date, Cast, and Story

Jessica Raine plays the role of Genevieve Taylor, who is a Europol officer forced to join forces with Julien Baptiste and work together.

Clare Calbraith portrays the role of Clare, a woman who was once close to the sex worker Edward Stratton but lost contact until Natalie is missing.

Talisa Garcia plays the role of Kim Vogel, a mysterious woman who seems connected to the case somehow.

Barbara Sarafian portrays the role of Martha Horchner, a former girlfriend of Julien Baptiste and a senior detective.

Alec Secăreanu plays the role of Constantin, a Romanian criminal, and villain of the series.

Trystan Gravelle plays the role of Greg in the Tv series ‘Baptiste‘.

Nicholas Woodeson portrays the role of Peter in the Tv series ‘Baptiste‘.

Where To Watch ‘Baptiste’ Season 3?

There won’t be ‘Baptiste‘ Season 3. The second season is the final season of the Tv show.