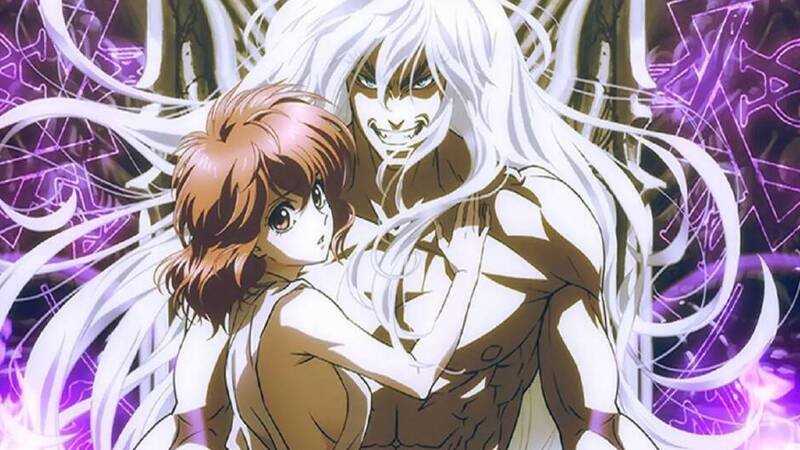 Bastard!!: Heavy Metal, Dark Fantasy is a manga series written by Kazushi Hagiwara. While its Japanese manga version has been around since 1988, only the first 19 volumes have been available so far, for the English audience. Now in a very interesting turn of events, we see, that this anime is now having its first season’s release on Netflix.

The series Bastard!!  is about the Kingdom of Metallicana that has been attacked by the Four Lords of Havoc. Hence, in order to save the kingdom,  the high priest asks his daughter to awaken Dark Schneider. Dark Schneider is a wizard and had been the former leader of the Riders. Very interesting, isn’t it? So let us now read further about what are the release dates for its first two seasons, the potential storyline, and the characters we can expect.

At the beginning of this year, Netflix had created great hype among anime fans by releasing the dates of some of the most awaited anime series/ films, which are expected to come up this year. Among these, was one of the most beloved dark-fantasy anime series, Bastard!!.
According to our sources, while the first season of this 1992 classic aired in June 2022, the makers are also expecting a second season for the same. The second season of the show will air on Netflix on  September 15, 2022.

Having known that the very beloved Dark Schneider is coming back with all his mystery and intensity, the fans are going crazy and cannot wait to watch the first season. However, without giving you any spoilers here’s what you can expect from season 2.

If you have read the manga version of this series, then you must be pretty well aware of the fact that Bastard!!’s story is about sorcery, revenge, and other power struggles in a world that is very similar to Dungeons and Dragons. It is not a very utopian world and people here depend on witchcraft and magic to survive against beasts and evil monsters. Therefore, following the storyline of the first season, it would be interesting to see that in the second season, the series will now progress from the dystopia of Dungeons & Dragons to focusing on broader themes of the human belief system, the concept of morality and religion.

READ MORE: 15 Anime like  Spy X Family That You Must Watch

With a total number of 24 episodes in the first season, we see the Dark Rebel Army planning to resurrect the god of destruction: Anthrasax. However, there are four kingdoms and each kingdom is the protector of one of the four seals that keep the God of Destruction quiet.

But since the Dark army solely wanted to expand its power, they attack the Kingdom of Metallica on the Central Metallion Continent, with the help of a sorcerer. Therefore, in order to save the kingdom, the high priest calls for his daughter Tia Noto Yoko and asks her to resurrect the ancient great wizard Dark Schneider.

Dark Schneider had once aimed to rule the world and thus was sealed within Yoko’s childhood friend Lucien Renren. Thus, as the virgin maiden kisses the seal, dark and powerful energy fills the air, and our very own white-haired character: Dark Schneider is finally revived.

Here’s a list of actors who have given their voices to these characters:

These cast members have been famous for giving their voices to different anime series as Taniyama has starred in series like Attack on Titan, Blue Exorcist and Detective Conan; Tomori Kusunoki in Assassins Pride and Hiroki Yasumoto in One Punch.

Apart from these in the second season, we are expecting a few other character developments to take place such as Abigail, Kall-Su, Lars, Sean Ari, Kai Harn, and Di-Amon. But of course, the story will always give more focus to its strongest, wildest, and most beautiful protagonist: the powerful legendary wizard, Dark Schneider.

Where To Watch Bastard!!?

It is in no doubt now that since the first season had a great announcement on Netflix, we expect the further seasons to also premiere on this platform itself. However, if you haven’t read its Manga version then you can always check with its publisher Viz Media.

The writer of this manga, Hagiwara is an enthusiastic fan of heavy metal music and Dungeons & Dragons. Therefore, in Bastard!! he has used both the ideas and even named many characters and places after members of his favorite bands.