In Beastars season 3, Legoshi faces the killer of Tem, so what awaits him and the rest of Cherryton Academy’s students? We now know everything we know about Beastars season 3 thanks to Netflix and Studio Orange.

In Beastars, animal anthropomorphism takes center stage with a society split into herbivores and carnivores based on the manga series by Paru Itagaki. There is still an undercurrent of violence in a world that on the surface appears civilized. While most carnivores give in to their urges to consume prey species, there is still tension between the two classes of species.

As an awkward teen, Legoshi struggles to separate his feelings for Haru, a white dwarf rabbit, from his instincts to hunt. As Legoshi struggles to find the carnivore responsible for killing his friend Tem, he discovers a murder mystery. Despite the story arc of Tem’s death being resolved in Beastars season 2, there is still much to explore in the manga, which ended in 2020 after 196 chapters. Here are the details about Beastars Season 3 Release Date.

Both seasons of Beastars season 1 and 2 were the first broadcast in Japan on Fuji TV several months before they were released on Netflix, so the same release pattern can be expected for Beastars season 3. Beastars season 3’s Netflix release date is probably somewhere in the Fall of 2022, as season 1 is due out in March 2020, and season 2 in July 2021.

The murder mystery arc of Beastars season 2 concluded with the revelation that Riz, a brown bear in Cherryton Academy’s drama club, was responsible for Tem’s death and devouring. Riz decided to engage Legoshi directly rather than go to the police with this information. Legoshi was able to control his predator instincts after working with carnivore therapist Gouhin, but his intense training and abstinence from meat left him too fragile to defeat Riz. At the end of the season, Louis asked Legoshi to devour his lower leg, thus killing him but giving Legoshi enough power to battle Riz. Despite being released, Legoshi was charged with devouring an animal.

In Beastars season 2, the relationship between Legoshi and Haru was largely ignored, but the final scene suggested that it would be more prominent in season 3, as Haru warns Legoshi that she will find another boyfriend if he doesn’t commit to dating her. “Interspecies Relations,” the next story arc in the manga, shows Legoshi leaving school and learning how to navigate the outside world, while also maintaining his relationship with Haru as she starts attending university.

A trailer usually consists of a series of scenes from the advertised film. The purpose of movie trailers is to get people to watch the film, so they usually include short excerpts from the most exciting, funny, or otherwise noteworthy parts of it, but they do not normally spoil anything. Here is the most awaited Dragon’s Dogma Season 2 trailer 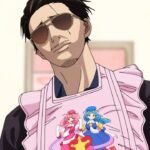 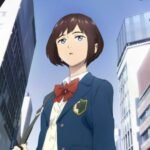