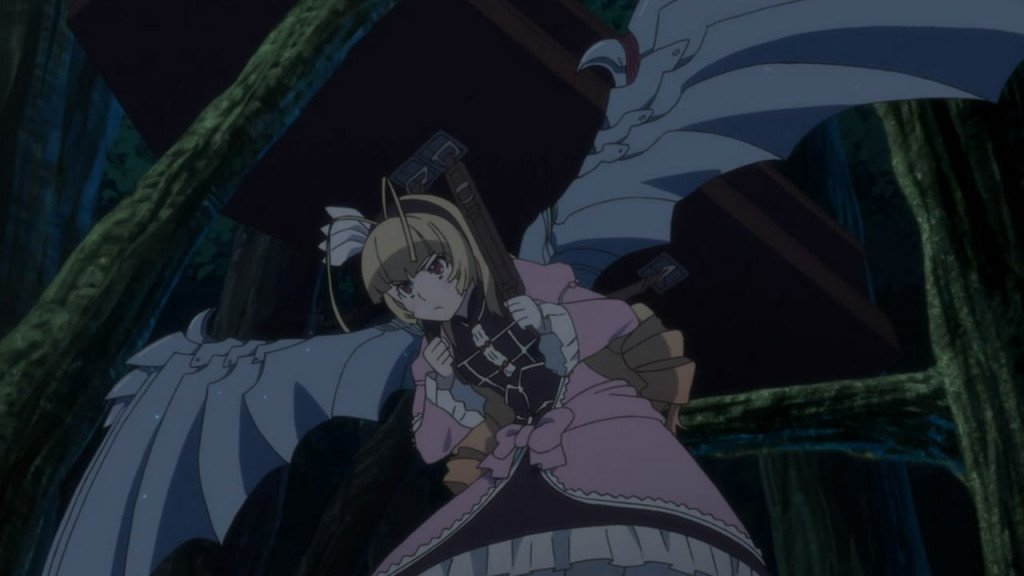 In the world of anime, the concept of the dragon is quite very important and most of the story in the anime revolves around dragons in some way. Even in Asian Literature, it is very important. Dragons are quite popular in manga and anime even in television series.

The number of characters of dragon girls in the anime is quite limited. In this article, we are looking up to some of the best dragon girls ever created. So, we are starting our list.

The first character in our list is Mink from Dragon Half. Mink is the main character of the show. However, she is literally the half-dragon but also one of the nicest human beings. She has a desire to hook up with a handsome dragon slayer. This instance shows how powerful and strong she is. She even has wings that appear in no time. She can even deal with poison that won’t hurt her. Moreover, she has to go through a process that involves shedding the skin to power up all because of the dragon’s blood. This process is commonly known as ecdysis. You can definitely watch this show if you want to watch something which will make you laugh.

Another character on the list is Eco who is from Dragonar Academy. In the show, she has not been depicted as perfect which might be the best part of her personality. She has been portrayed as stubborn, jealous, selfish, immature, childish, and even lazy. Despite all these things, there is something about her character which makes fans fall in love with her. She can even send people flying just by sneezing. There is a guarantee that she will be mature as time passes. She is very powerful. She was able to do all those dragon things when she was not even a year old.

Nex character is our list is Laika from While Killing Slimes, I Became the Max Level. She is just like the other dragons which mean she can fly; she can breathe fire and many more. However, the best thing about her personality is that she believes in fair play which is difficult to find in other dragons. She is even respectful to her seniors which is again very rare to find among the dragons. There is an instance in the show where she challenged Azusa to a fight but unfortunately lost to her but asked her to be her tutor very respectfully which shows her respect towards others. It also shows she accepts her mistakes and faults without any ego.

If we are talking about anime dragon girls, there is no chance that we would forget Princess Luna. Again, she belongs to the show called Majuu Senshi Luna Varga. She is not one of the typical princesses who like to enjoy the royal privileges, drinking coffee, reading books in libraries, and even obsessing over her garden. She is the type of princess who likes to fight battles and defend her nation. For this, she even agreed to accept an ancient power that was given to her family whenever they were in need. She became attached to gigantic lizards through which she learned what actually powers are. She uses her unique and powerful situations to protect her nation from all dangers and insecurities. This is a must-watch show for all the fans and audience as you are absolutely going to love this show due to its unique storyline and anime adaptation.

The other important anime dragon girl is Grea who belongs to Manaria Friends. She is a half-dragon but also a little shy and falls in love with Anne, who is a human princess. Some of the readers have already understood that the best part of her personality is that she represents the LGBTQ community. The relationship between these two women is so deep, intense, and beautiful that you will almost forget that the show is shallow and a little uneventful. However, despite all these things, the show won’t disappoint you and you will really enjoy the show. The art style, anime adaptation, animation, and even the sound design will make the show worth a watch even after all the shortcomings. Moreover, you will enjoy the beautiful representation of the queer community.

It would be a crime for us to forget Rose on this list. Rose is definitely a dragon girl but more like a human being which makes her even more special. She belongs to Dragon Crisis! Thanks to Ryuji and Erico to discover this pretty amazing dragon girl. They discovered her when they abscond with a box from a black market with the help of a clover. She has an aggressive nature but feels very affectionate for the protagonist of the show. She is very much attached to him which can be easily seen in her nature. She even sleeps beside him in the bed. There are some qualities about her that make her an exceptional and memorable dragon girl of all time. If you have not already watched this show yet, you must watch it as it will be worth your time and you would truly enjoy this show.

ALSO READ: Monogatari Watch Order, Fillers And How To Watch?

Kuro is another character who belongs to Isekai Shokudou which means Restaurant to the Another World. The interesting part about her character is that you will never know that she is a dragon girl just by looking at her. She more of looks more like a human being and not a dragon. She is a very powerful dragon girl with dark-colored hair. There is nothing about her that can not be loved by the fans and the audience.

She is probably the best anime dragon girl of all time. Everything about her is lovable. There is literally nothing that could be hated by the audience or the fans and even the critics. She is cute, pretty, adorable, energetic, and even powerful. She also has a funny nature. She has a dark past which she will open in the show and it would definitely make all the fans wipe their teras which would be rolling through their cheeks.

The show has been loved by all age groups and it’s definitely a must-watch show considering the ratings it has managed to receive on various platforms and they love it received across the globe irrespective of international or national boundaries. You will not regret watching the show.

ALSO READ: Monogatari Watch Order, Fillers And How To Watch?

The ninth character on our list is none other than Tera Lighting who belongs to the anime called JuuouMujin no Fafnir. So, thr thing about her is that she was never a dragon girl but was believed to be one her whole life. She even has her own past which surely makes you cry. She managed to make her lace in this list even after she is not really a dragon because of her dragon powers which is the cause of most of the problems in the show.

The last character on our list is Zefiris who belongs to Scrapped Princess. The show is written beautifully with three dragon girls which reflects the creative minds of the writers of the show. We know the fans of Natalie and Gloria would be disappointed but we are sorry as Zefiris was able to make her own place on the list. Even the credits for being the most badass girl go to her. She even fights aliens. So, talking about her human nature, she is calm, solemn, and peaceful. Moreover, she has the best advice to offer to someone who is in need. It’s really amazing to watch her on the screen.

To conclude the article, each one of these characters is best in its own way. So, this was our list. We hope you enjoyed reading this article. If we missed any of your favorite dragon girl characters in any of the anime, let us know in the comment box. We will be happy to read your suggestions in the comment box. As of now, it’s time for us to say goodbye to all the readers but we will meet very soon with another piece of article. Till then, maybe you could watch these anime if you have not already watched them. Happy Watching and Take Care!