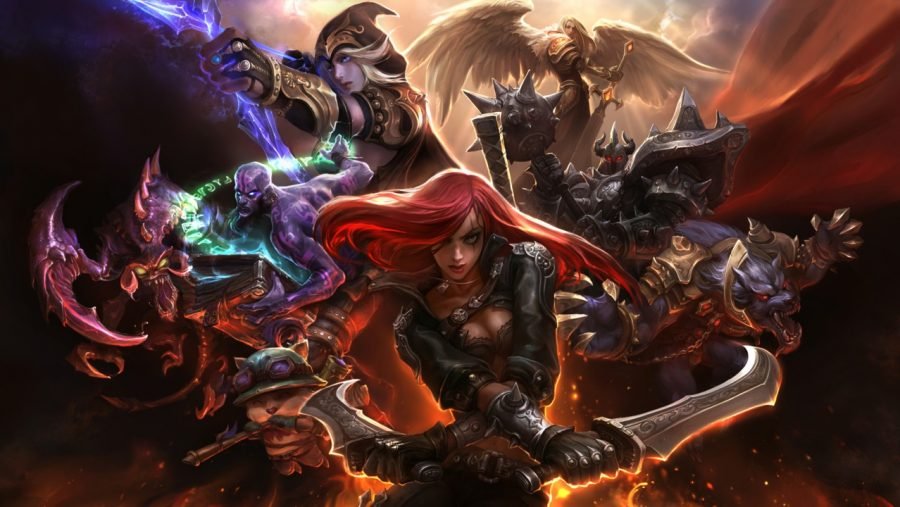 Do we have any game lovers? I sure can count many if I’m not wrong at all. LoL is a pretty famous game played by many and enjoyed by a lot of its followers. So, while you don’t know or if you do, let’s take a look at the characters of the game who play an important role in the game itself.

Before that let’s take a look at the game and then the characters. Slowly step by step we will get into that, but let’s create the atmosphere first, right?

Also commonly known as the Leagues, the game made its way for the players in 2009. This is a multiplayer online video game.  Developed and Published by Riot Games, OS X released it in 2013. This is a MOBA, with its viewership being 44 million.

Starting just from the hero winning moments till the defeats which crush your soul; the winner is the keeper. So, you definitely need your best picks in order to win right. So, we will help you with it. Here we will pick the characters who will help you to win the games with an ace. Hush! Keep it with you!

You will have over 100 characters to choose from to play the game. But each is divided into different categories. But in the end, all you need is a powerful character who will let you win over the game.

Sometimes you will face trouble when faced with strong characters. Well, witty not that’s why we are here. We will give you a list of the best characters who will rule the game for you.

One after the other I will give you the list of the top characters. Go through them for your playing ease.

Okay, so if you are the self-independent type who wants the game in your hand then he is the right guy for you. While the other reaching champions might end up giving him a hard time but he can heal from his Q. He can bridge the gap by pulling his opponents with E. So yeah, it’s a win-win situation for you.

While challenging others to fight him on the ground. He will eventually push other players to challenge him thus wasting up all their energies. This is how he will give space to the rest of his team members so that they can have a more powerful objective.

His most important ability is to deal with true damages and then can reset in order to kill his enemies.

If you are new to this, then she is your power card. She has a long range of abilities and has the power to provide utility to her concerned team. When her opponents face her auto attacks, she slows them down. Her enchanted crystal arrow can stunt the enemy which is a great tool to win against your opponents.

But she is a weak defender so you might choose to play behind your teammates but to have an advantage over the others you can use your long auto-range attack. Her mobility is indeed slow but her plus point is that you can use the Hawk shot in order to spot your enemies quickly.

Small tip: Pick up free boots to inspire her. And also, she takes speed attacks on offense.

Naturally tanky his W gives him the bonus to his defensive stats. His perseverance will let you stand in the ground for a long time as he can regenerate back to his health faster than the others. But if you can chain your defenses then he can put you under a lot of damage.

Positive factors are that he can spin very fast and he draws his sword thus dealing with their extra damages. The W of Garen is worth 600 gold. But if you can activate it, it will at least bring down the damages. And also, he will be able to escape from the snares and stuns comparatively faster than the rest.

The Execute technique is used by quite a few of the champions but one of them can use it as well as Garen himself.

Again, she is a great champion for beginners. She is an ideal chatterer if you are to deal with tons of damage. Her every foyer spell stuns her enemy target and in turn, gives her control over the crowd.

Sorcery secondary actually gives her speed and extra burst with Scorch. She takes her forced adaptive in both offense and as well as Flex.

She also takes armor and magic in her defense but actually, that depends a lot on her lane opponent.

Now if you are looking for a character who will not let you shoulder all the pressure but is also effective then he is the right guy for you.

He is a ninja and with his skill and power, he will actually make a difference in your map. He causes bonus damage with his Q and he can even block basic attacks with W. with his E he can even block his opponents. And his R helps him to teleport anywhere around the map.

With him, you can even catch your opponents and give them a big sunrise in turn. You will even be able to keep your teammate alive and force a number of big advantages.

She is a perfect match for your game. With her, you will be able to protect and help your teammates. She can or rather has two magical spells but that doesn’t cause much harm. Rather she uses those to protect herself. She is also known for her two healing habits.

She uses her healing abilities or to be precise with the help of the Astral Infusion she hears others that too from her own health. So I will ask you guys to be cautious as to not use her much more than needed to heal your teammates which will be nothing but rather sacrificing Soraka at the end.

Now, remember that she takes Offence, Flex, and Armour as well as her defense. She uses her adaptive force in all these. In order to help Soraka survive she always has Flash and Barrier always at her side to help her not to meet her end.

Now if you ask me where Zac’s energy comes from? To that, I will answer that it comes from his Ganks and Engages. With the help of, his elastic string got he can throw the enemies off guard.

His massive range always makes his actions unpredictable and ganking options are thrown over the wall, which other junglers won’t have the power to access.

He is a good match for his opponents if you choose to play with him.

To be very honest he is the most damaging champion in the field. You can choose him if you want to give tough times to enemies, a tough one that is to finish them off at a go. He is really great at killing all the jungle monsters. He can even deal with the damages that are caused after each fight.

His W helps him to channel his power and heal himself which in turn sustains him to get through the jungle safe and clear. He has a lot of movement speed and can cause damage.

His one positive aspect is his precision, which helps him to get extra speed. And also, Conqueror is his a great ability to cause damage.

He takes the attack speed in the offense. Flex as his adaptive speed and armor as his defense.

If you are moving into the boat lane then you can’t possibly think of going wrong. She can’t possibly go wrong so the loose cannon is a threat to her. The strongest laning ADC is not Jinx but she can hold her early trades. And most importantly the traps allow her to give her more kill pressure in the LCC.

If you want to carry on with the game for longer then she is your best throw. She can’t possibly escape so positioning is very crucial for her.  But you will need that anyway to climb the ADC. So, she is always your safe voice if you want to play on the ground for long.

She is always the go-to pick-up mid in the game. She is the champion of snowballing. Just after a couple of kills, she can take control over the match.

She is very adaptable in the game. With the Runes, she can do both. Either Electrocute for more bursts or can even Conqueror for a time of sustain.

There are other minor characters as well, those you can help you ace through the game. I have mentioned the major LoL champions who if you can get to know the power and abilities, you can be game!

Where Can You Play?

This is a game you can run from your PC. you can download it and play it on Microsoft Windows or on OS X.

Well, that’s all guys. Enjoy the game while we return with more news and updates. Stay tuned.