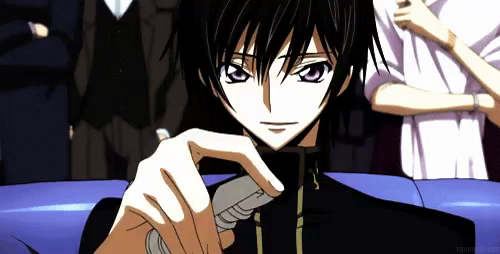 These days, anime received lots of love from the audience across the globe, especially since lockdown. Anime features great stories and well, who doesn’t love great stories. This is the main reason behind the popularity of anime.

Chess involves mind games and there are anime that are based on chess. They form a perfect combination of mind games and unique storylines. There are anime in which the main character, using his intellect wisdom, defeats the opponent and anime in which one character manipulates the others using a chess game. Whatever the plot of the anime is, it is sure that this anime has the ability to make the audience edge to their seats. Here, we will give you a list of the best anime whose plot is based on chess.

It is a Japanese anime television series directed by Toshiya Shinohara and Hirofumi Ogura. A 12- year- an old boy called Ciel Phantomhive in Victorian-era London has acquired the position of Earl after the events that happened on his 10th birthday. The Phantomhive manor was attacked and Cial found his parents dead along with his dog. Then, he is kidnapped and was sold to slavery. He has only one goal which is to take revenge on those who did wrong to him. He is also the chess master, and he makes a lot of tactical moves in real life just as the moves in chess. Although he says that life is not the game of chess but continues to treat it like that. The show has amazing ratings on various platforms. It managed to get 7.7 on IMDB. According to Google. 94% of its users have liked the show. If you found the plot of the show interesting and want to give it a try, it is available on Hulu.

It is the anime that successfully hooked its audience to the television to know what happens next. The show has gained a lot of popularity worldwide as its story was unique. The plot of the show was based on the magic notebook through which the owner could kill anyone by writing his name on the notebook. The owner was called Kira by the media. As of now, Light is the owner and the team with the help of L is trying to figure out the real identity of Kira. Both characters played chess once when they were talking which shows their wit. They both were intelligent which makes the show worth watching. If you want to take a look at the show, it is available on Hulu.

No Game No Life is a Japanese anime series directed by Atsuko Ishizuka and produced by Yohei Hayashi, Sho Tanaka, Mika Shimizu, Asako Shimizu, and Satoshi Fukao. The series follows Sora and Shiro who are hikikomori step-siblings who are known as Blank in the world of online gaming. One fine day, they decide to challenge Tet to a game of chess. The two win the game and are offered to live in the world of games. They thought it might be a joke and accepts it. In the game of chess, Shiro has all the knowledge about the various moves of chess but still, she seemed to be struggling because of the human factor. On the other hand, Sora helps her by telling her which move might be fake or not. Together, they form the best team and the ultimate combination of the master of the mind game. You can watch the show on Hulu.

When we talk about the shows based on chess, Code Geass must be on the list as there are many scenes in which the characters are shown to play chess. The story is based on the royal family and Lelouch is the prince. However, he hates his regime and is bored of his academic studies. He is a man of intelligence. He has unique abilities of chess and no one literally no one can beat him in the game. In the first few episodes, he was seen as playing chess and showing his abilities. If you want to take a look at the show, you can watch it on Netflix. We strongly recommend the audience to watch this show as it won’t disappoint you. It will be worth watching.

ALSO READ: 10 Best Characters In Death Note You Should Look Out For!

Kakegurui is a Japanese anime television series adapted from manga of the same name. The first season of the show aired from July to September 2017 and the second season aired from January to March 2019. The anime does not mainly focus on chess but on gambling. Yumeko Jabami competes with the other students and eventually gets engaged in a battle of luck, wit, and cheating until she became the winner. The show has received praise worldwide which is reflected in its ratings on various platforms. It managed to get 7.2 on IMDB, 7.3 on MyAnimeList, and 71% on AniList. In case you found the show interesting and want to take a look at it, it is available on Netflix.

The readers should not be surprised to see this anime on the list. The anime is set in the 19th century when the British Empire is a global power. There is a strict class stratification due to which the citizens have little chance of rising to the top. Albert Moriarty adopts two orphans called William James and Louis James. William James is the lord of a criminal organization and he also always have a backup plan. The entire plot of the show moves like the chess piece with looking pros and cons. The show has amazing ratings on various platforms. In case you found the plot of the show interesting, you can watch it on Netflix.

ALSO READ: 12 Anime Like Trigun That You Must Watch

It is also a Japanese anime television series whose plot focuses on a young girl called Atsushi Nakajima. It seems like he a suicide after he was kicked out of his orphanage. He meets Dazai only to learn that he has supernatural abilities which can transform him into a white tiger in the moonlight. Although it is completely different from the subject matter but still included in the list as the show Osamu Dazai is the chess master. He is perfect at solving supernatural crimes. In the manga series, he even encountered Fyodor with chess boards. If the plot of the show sounds interesting to you and you wish to watch it, it is available on Crunchyroll.

This is one of the most popular anime of all time. Even if someone is not a fan of anime, he would have heard about it. There are various elements in the show ranging from supernatural themes to horror, everything. It is not particularly based on chess but still included in the list as some of the characters manipulate others like the game of chess, using the tactic moves of the game. You can stream the show on Hulu.

A Japanese anime television series directed by Susumu Mitsunaka and Masako Sato revolves around a junior high school student called Shoyo Hinata. He becomes obsessed with volleyball and joins his school club where he finds that he is the only member. He spent the next two years trying to convince his friends to join the club. The show is not based on chess but is mainly based on volleyball but still, it is included in the list as the way the main character’s team plans and moves forward to win against the opponents just gives the audience a glimpse of chess. Just the way chess requires focus and attention, volleyball requires these qualities along with concentration. The show is available on Netflix for worldwide streaming.

A Japanese anime television series, Durarara tells us the story of a Dullahan who works as an underworld courier in Ikebukuro. Mikado Ryugamine is a young boy who wants an exciting life in the big city and moves to Ikebukuro. There, he attends Raira Academy with his childhood friend who is Masaomi Kida. He has not seen his childhood friend for so long. They meet at the train station and decide to explore Ikebukuro. The show is included in the list as one of the characters of the show is the master of chess. Fans would have guessed probably. It is none other than Izaya who is also manipulative and manipulated almost all the characters in the show. The show is available on Netflix for binge-watching.

So, this was our list of anime based on the mind game that is chess. We hope you would take a look at these shows and enjoy it. As of now, it’s time to go but we will meet again very soon with a new article. Let us know in the comment section about your views and opinions. Happy Watching!