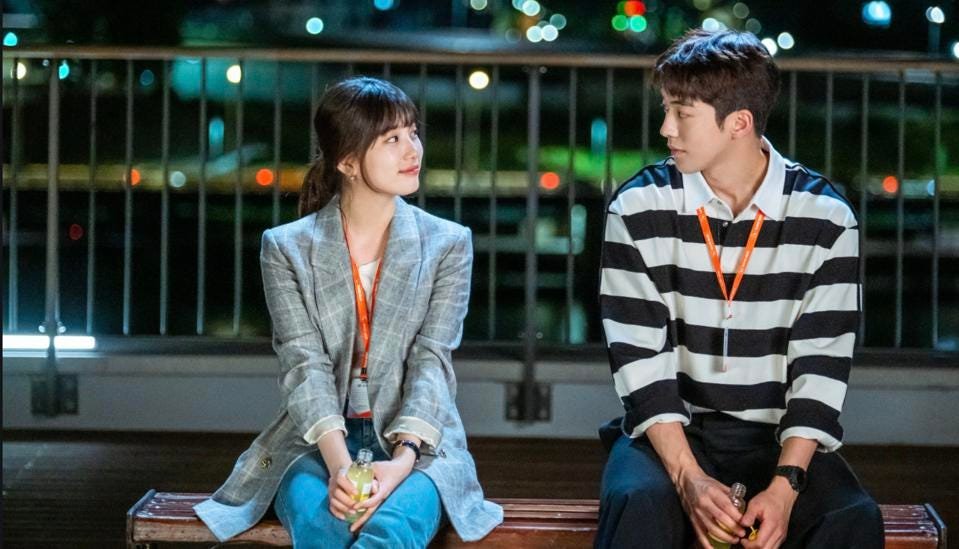 According to my personal opinion being a huge fan of Korean drama series, I think Korea makes the best Zombies series. My top favorite K drama series based on Zombies are- “All of us are dead”, Train to Bhusan” and Happiness. There are other Korean drama series as well which are worth watching. I think the reason behind it being popular is that people are able to connect with the story easily. You can say that there is a Korean wave right now. Its popularity is increasing day by day. The level of Korean drama series and its plot and story link is also being enhanced day by day, I think this could be the reason why people are loving and appreciating and giving preferences to Korean drama more and more. Korean drama is not only popular drama series just in Korea or among those who can understand as well as speak the Korean language. But it is also popular among Non-Koreans.

Today, I am going to suggest to you several such Korean drama series which you must watch. And trust me you will surely going to like it. These K drama series are so amazing that you will get addicted to them.

It’s Okay To Not Be Okay

This K drama series is based on a dark fairy tale romance. This series has been named one of the best international shows by The New York Times. This story is based on a girl who had a bad childhood experience because of her psycho mother. And a boy who has a bad childhood experience as well. The respective lead roles have been played by Seo Yea-Ji and Soo-Hyun. “It’s okay not to be okay” has been directed by Park Shin-woo and Jo Young has written this amazing series. You can watch it on Netflix. It is available in Korean and English language on Netflix. The story of this series is all about a Children’s book writer who is extremely selfish and anti-social. While the male lead role in this series is extremely selfless and works in the psych ward.

The king is a romantic fantasy series that has been written by one of the most prominent Korean writers Kim Eun-sook. You will be shocked to know that when this drama series was released in Korea, it was considered a flop, but when it got released on various web or OTT platforms on an international level, it managed to garner a huge audience and it received all positive reviews from the viewers on a global platform. It was a huge success. This drama series is also available on Netflix. I would suggest you must binge-watch this amazing Korean drama series. It is available in three languages on Netflix. It is available in Korean, Hindi, and English language.

Nevertheless is a romantic Korean television drama. It also received a lot of viewership, attention, and love as well as appreciation from the audience on the International platform. But you will be shocked to know that same as “The King” Korean television series “nevertheless” was also considered a flop when it was released in Korea. It failed to get many views in Korea. But when this series got released on the web or OTT platforms on an international level, it got all the appreciation. You can watch it on Netflix. This series is available in Korean, Hindi, and English language on Netflix.

All Of Us Are Dead Now

“All of us are dead now” is a Korean drama series that is based on Zombie received a lot of views as well as appreciation. This is a story of a school student who gets trapped in a school after the Zombie virus outbreaks in the city and they try to escape from their school.

If you are a fan of such drama series then I would recommend you to watch this series. It is available on Netflix and it still comes under the top 10 of the Netflix series to date. This amazing series contains everything which viewers desire to watch in any series or movie. It has suspicions, love, and pain, and most importantly it was able to connect to the audience and created a lot of buzzes.

Love Alarm is a romantic Korean drama series. This series consists of two seasons and has a lot of twists and turns. The plot of the story of this series is a love alarm app that is developed by someone suspicious and unknown so that others can find out who loves them or have a crush on them. Whenever someone switches on their alarm, if any person loves them and comes around a 10 m radius, their alarm will ring.

This K drama series is also about Zombies. When a deadly disease after covid breaks out in the city, the people of high-rise buildings fight for their survival. The deadly disease turns a person into a zombie. This is the plot of the story. This is basically a thriller series all about zombies and people fighting them. This series also received a lot of appreciation and views as well.

I would really suggest you watch it. This series is available on platforms such as Netflix, Viu, Viki, and so on.

READ MORE | 12 Anime Like Trigun You Should Binge-Watch Right Now!

It has been directed by Park Sun-ho. This amazing series is available on Netflix. This is romantic K drama series.

Crash Landing On you

“Crash landing on you” is a Korean drama series. This series has been written by Lee Jeong-hyo. This is a romantic comedy-drama series which has been directed by Lee Jung-hyo. It is just only one season consisting of 16 episodes.

This series is available on Netflix and being a fan of the K drama series, I will suggest you must watch this series.

“Our Beloved Summer” is a comedy K drama series. This is a story of a boy and girl who used to hate each other when they were in high school and their hate turns into love. But they get separated for years and meet each other after more than 10-11 years when the male character becomes a famous painter.

This is an amazing K drama series that you must watch, it is available on Netflix.

READ MORE | How Many Spiderman Movies Will Be There?