The creators took a side cast of Breaking Bad and turned his character, who had comic traits, and altered him into a deep layer character. The storyline of the show revolves around the transformation of Jimmy into Saul. Though it’s said to be the prequel of Breaking Bad it has its storyline which makes it more of a distinctive and unique drama. With an 8.8 out of 10 IMDb rating, better call Saul has 98% of Rotten Tomatoes rating and 93% of Google users liked the series.

Better Call Saul has 5 seasons and all total 50 episodes with each episode about 40-60 minutes in length. This Emmy nominated series has won a total of 26 different awards for various categories.

Creators Vince Gilligan and Peter Gould announced season 6 to be the last and final season of the “Better Call Saul” series and the release date of season 6 is to be announced in 2022. Creators further informed that they underwent a serious production delay and the shoot pause because of the Coronavirus.

As the series is a prequel to Breaking Bad and deals with a necessary part of its story, the final season would take us to the beginning of Breaking Bad.

Fans are supremely excited for the upcoming season as the creators Peter Gould and Vince Gilligan have already hinted that there is going to be a lot of twists and turns in the storyline and some dramatic intense surprises are ahead.

The story priorities on the character of Saul Goodman and his transformation from Jimmy to Saul.

The direction and screenplay of the show are incredible, with the striking plot twists and turns, the storyline of Jimmy is shown so creatively that it keeps the views on the edge and makes them more curious about what’s going to happen next. Every character has their originality which showcases the reality, that nobody is perfect, every human makes mistakes.

The dynamics between the characters are promising and every character is individually is so developed that one can connect with them easily.   The show gets better and better as it goes on, thus season 6 is worth the long wait.

MUST-READ|| The Resident Season 6 Release Date: What To Expect?

Bob’s acting as Saul is spectacular, the audience can see the seriousness of his character but there is also the comic aspect of his character with he has portrayed beautifully. Rhea as Kim is one of the strongest female characters of TV drama, the boldness in her personality is what makes it more spellbinding. 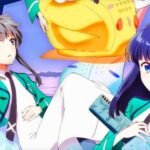 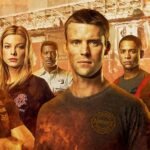