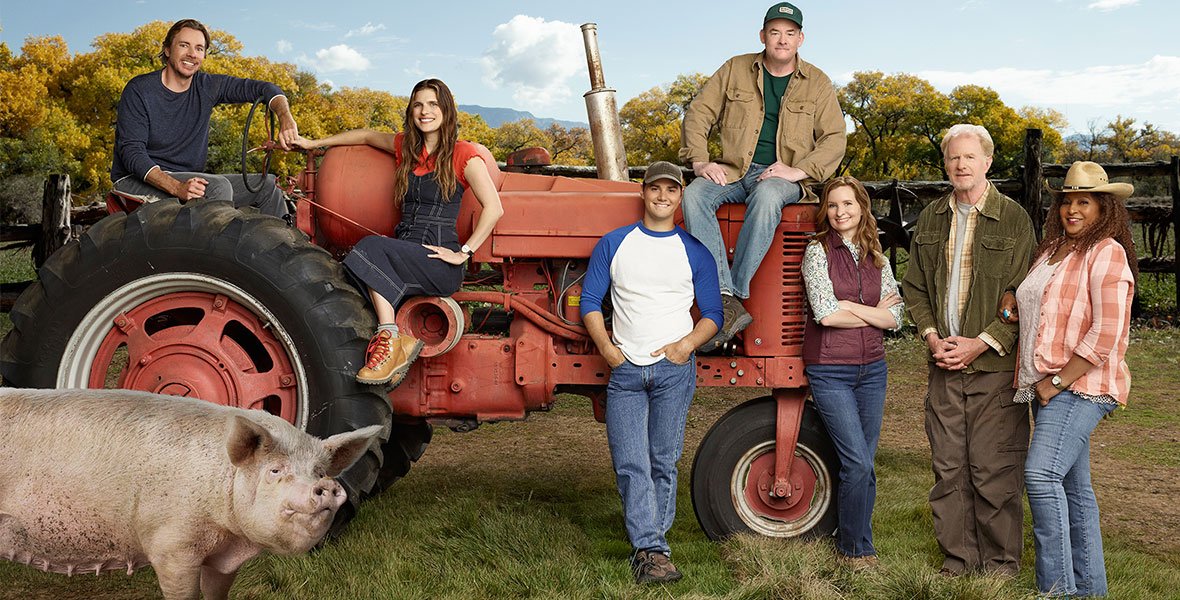 Whenever any particular sitcoms start we always expect it to have more than 3 or 4 seasons but there are many sitcoms that have ended with only 1 or 2 seasons and there are also several sitcoms that are still ongoing. Bless This Mess is also an American sitcom but the fate of this show ended with an unexpected turn, you will find out what exactly happened to this series below. Bless This Mess is created by Elizabeth Meriwether and Lake Bell.

The show was first aired on April 16, 2019, and the executive producers of this series are Dax Shepard, Jake Kasdan, Erin O’Malley, Melvin Mar, Katherine Pope, Elizabeth Meriwether, and Lake Bell ( these two are also the creators of the show, as I have mentioned above). The first season of Bless This Mess was released on April 16, 2019, and ended on May 21, 2019, consisting of only 6 episodes.

You must have read above the fate of Bless This Mess made an unexpected turn and I am sure you are still confused why I said that, right? Well, if you are here to know the exact and official release date of the third season of Bless This Mess then you will be kind of disappointed to know that there will be no more seasons of Bless This Mess, the show got canceled after the second season got over. Fans were very disappointed to hear that the series is over and they won’t get to see more of it anymore, but the question about the release date of the third season is still lingering on the internet.

Bless This Mess actually ended up quite abruptly due to covid. According to the sources, it was hard for the production team to work on this show during the time of Covid as they were also working on other shows so in the end Bless This Mess got sacrificed, well it was also hard for the production team to take this decision but they had no other choice left. All these things imply that the show won’t have a third season.

The show is already canceled so obviously we can’t make any assumptions about the storyline, but still, there are many fans out there who are hoping for a third season. If there will be the third season then maybe the storyline will continue from the ending part of the second season. We can also say that we will get more sweet and cute moments of Rio and Mike.

There is no confirmed cast for the third season of Bless This Mess because the show got canceled back in 2020. The overall star cast of Bless This Mess includes Dax Shepard as Mike, Lake Bell as Rio, David Koechner as Beau Bowman, JT Neal as Jacob, Lennon Parham as Kay Bowman, Pam Grier as Constance, Ed Begley Jr., Langston Kerman as Brandon, Lisa Linke as Clara, Nancy Lenehan, Susie Essman as Donna, Belle Adams as Jannie, Brendan Hunt as Frank and many more are there.

Bless This Mess depicts the cute and messy life of a newlywed when they expect to live a peaceful life in Nebraska but their journey ended up being messy and funny. The series is kind of funny and has fresh content too as it is a sitcom, it is already over if you have not watched this then now is the time for you to stream the show on the streaming sites.

Where To Watch Bless This Mess Season 3 Online?

The first two seasons of this sitcom are available on Hulu, you can stream the show there, but you will not be able to find the third season on Hulu as there is no Bless This Mess season 3.