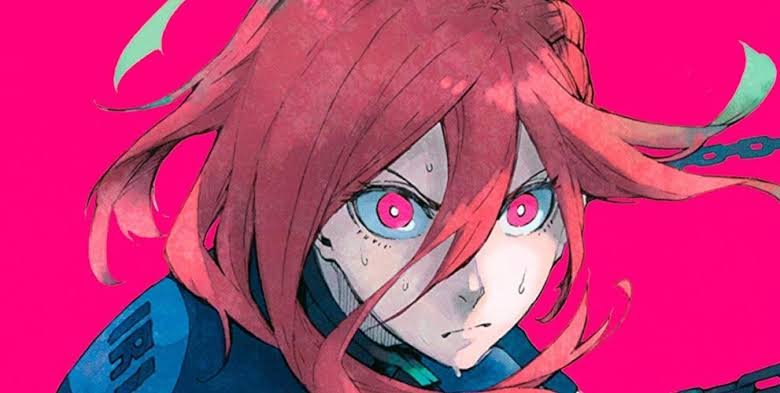 Sports anime are now a widely acclaimed genre. Many animes such as Kuroko’s Basketball, Haikyuu, Hanebado, Yowamushi Pedal and even classics like Slam Dunk as raised the bar for the genre too high. Blue Lock revolves around the sport soccer, and there a lot of sports anime out there with the same theme but what Blue Lock does to stand out is it’s promising plot.

The plot set up seems to be unique and it also has a psychological aspect which is carried by the protagonist himself. thing much about the anime can be said yet but anime fans, specially sports anime enthusiast are eager to get a flavour of this anime and to see whether it’s a jewel in the crown of sports anime or just another disappointing forgotable cliché anime.

The manga has been widely acclaimed and has won the 45th Kodansha Manga Award. The art style looks phenomenal from the released visuals and the character designs also seem pretty tight.

Though nothing much is known about the anime adaptation as for now but it is expected to be a loyal adaptation of the manga it is based on which bears the same name and is written by Muneyuki Kaneshiro. The manga consists of 15 volumes as of now and the anime adaptation is carried by Eight Bit studio. Here are all the details about Blue Lock Anime Release Date.

The anime is expected to release on 2022 if everything goes according to schedule without any delay. More details are yet to be announced.

The plot revolves around the World-wide celebrated sport of football/soccer and the issues and dilemma that surrounds the sport. The story kicks off (no pun intended) in a period where Japanese Soccer is in a very dire situation. In compared to the condition of other countries the position of Japan happens to be very low in the list when in came to soccer.

This had the officials looking over football in Japan very concerned so much so the Japanese Football Association decided to take an intense step. They decided to recruit Jinpachi Ego. Jinpachi an enigmatic guy with a mysterious vibe to him, he has his own ways to deal with things that are unique to him only. He doesn’t even show any kind of reluctance when it comes to taking extreme measures to achieve his motives.

The Japanese Football Association were well aware of this side of Jinpachi but they are to engrossed with their to achieve their goal which is to win the the World Cup, that they didn’t flinch to take drastic measures to move forward and help Japan to claim a high position in the world of football. The first thing Ego realizes after getting recruited that the main problem Japanese Football currently facing is lack of passion. According to him, talent and all are very essential but lack of passion and the insatiable hunger is the key that unlocks the path to success. He then decides that a striker who won’t hold back to quench the thirst of goals is the beacon that will lead Japanese Football to success. To find someone so passionate he comes up with the idea of Blue Lock.

The idea involves a facility which will enroll about three hundred talented high school students from all over the country of Japan where they will be made to compete among each other and the last standing one will be be allowed to join the national soccer team as the lead striker. However there is a catch, all the other candidates who fail to win will be restricted and banned from being an associate of the national team in any manner. The project brings a very high level opportunity, an opportunity any soccer enthusiast would wanna grab but the stakes are also high since it will also mean that defeat will snatch away the possibility of joining the national team forever. The story follows an individual named Yoichi Isagi, who is also selected to enroll into the project. The time when Isagi got selected to join the Blue Lock project, he was going through a tough time.

In his last match he missed the opportunity to bring his high school football team to the National tournament because he decided to pass to his teammate and he missed. Which put him in the middle of a dilemma which made his question himself. However upon getting selected as a candidate in Blue Lock project he finds this as an opportunity and decides that this is chance to make up for his pass mistakes and move on.

Isagi Yoichi- Kazuku Ura, a Japanese voice actor who also holds a passion for football provides the Japanese voice for Isagi. He is from Osaka Japan and his birthday is on Oct 18, 1995.

The trailer and teaser of the anime adaptation of Blue Lock is available on YouTube and it looks stunning. Fans are all hyped up after watching the trailer.