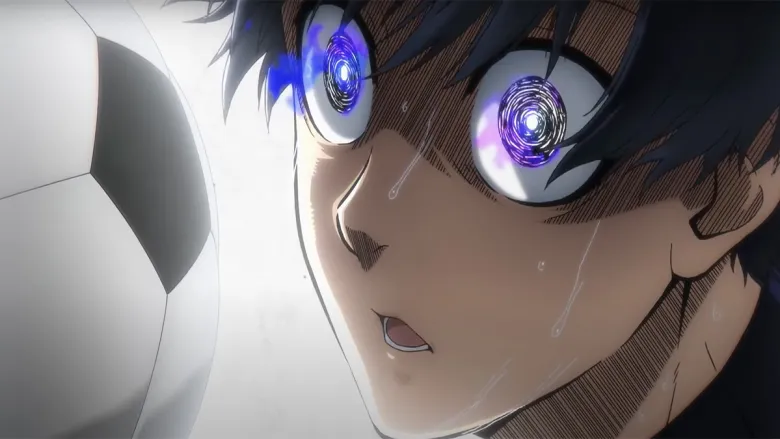 The world of sport unlocks as we explore through the comic series every week. Blue Lock is a Japanese manga series which is created by Muneyuki Kaneshiro and Yusuke Nomura. The manga series was first published in Kodansha’s Weekly Shonen Magazine on August 1st, 2018. The series continues to publish as it thrives with the love and fame that it receives from fans all over the world. The manga is released every week keeping the fans entertained with its variety of plots and twists as it explains to us the world behind a Football team. The manga also has an anime series that is said to be premiered in October 2022.

The world of sports is here to give us the best of the genre. The manga, Blue Lock is a Japanese manga series written by Muneyuki Kaneshiro. The manga introduces us to the vast world of football and the rough training that one needs to get into the team. The thriller is immense as we keep reading through the comic series, making every reader’s heart race with excitement.

The manga was first released on August 1st, 2018, and presently running in 19 volumes, with 176 chapters to date. Each chapter gives out a different feeling at the end of the chapter. The fans seem to be very excited after the end of the 176th chapter of the comic. The 177th chapter of Blue Lock is scheduled to be released on 25th May. Fans highly anticipate the chapter’s release and await the new twist to be unhinged.

The story is set in the year 2018, during the FIFA World Cup, when the entire country was tense for the country to win. The Japanese Football Union hire a new coach, the soccer enigma Ego Jinpachi. This football expert is known for his intense training in the sport and his strict nature. Ego had a training program named Blue Lock which was designed to create brutal and egoist strikers. The program is brutal as its owner and those who fail to pass through this training can never get to represent Japan. Despite all this, Yoichi Isagi, a student from an unknown high school and background, decides to take this course and prove himself as the best football player of all time.

ALSO-READ | 10 Underrated Isekai Anime That You Must Watch

Yoichi Isagi: Isagi is a second-year student of an unknown high school. He was a forward and played as one previously on Ichinan High School Football Team. His goal was to become the world’s best striker and he would do anything to reach the goal. He gets into Team Z after applying for the Blue Lock Training program. He proves himself as one of the aces in the team after his match against Japan U-20.

Rin Itoshi: Rin starts playing football from a very young age because of his brother Sae Itoshi. He too like Yoichi is a forward and he always has been one of the top players among his peers. His goal is to become the best striker and stay high when he joins the Blue Lock program. Despite being the top player, he has to go through the same training as everyone else. This shows how this character is proud of his skills and talent.

Ryusei Shidou: Shido, a forward, is quite different from the rest of the team. Having no predictable future in hand, he just plays football for fun and out of love for the sport. His skills are remarkable and brilliant, the ones that Ego would prefer over others. Among the 300 forwards chosen, he remains unbeatable and ranks as one of the top players in the Blue Lock Team.

Seishiro Nagi: A normal student who was a loner among his classmates. He enjoyed staying in his world until he met Reo Mikage, who then become his best friend. Along with Reo, Nagi starts playing football and his goal starts to take form. He starts playing football to satisfy his talent by playing with stronger opponents. He becomes a member of Team V when he first arrived at the Blue Lock Program. Along with Yoichi. He becomes one of the top players after the match against Japan U-20.

Other characters like Shoei Baro, Meguru Bachira, Hyoma Chigiri, Rensuke Kunigami, Reo Mikage, and Eita Otoya are also shown to be part of the Blue Lock Program training. Apart from that, there are many more characters that help the story to go around.

Where to Read Blue Lock Chapter 177?

The manga brings out the best of the world of sports. It shows us the rules and the actions that are taken in the industry. Blue Lock is a Japanese manga that tells us the story that lies behind the Blue Lock Program.

The manga is almost available all over the internet on various sites. Buying a hard copy of the series is also helpful in regards to easy reading. After the official release of the manga, the raw scans are available on Reddit, Quora, and Twitter if you search for them.