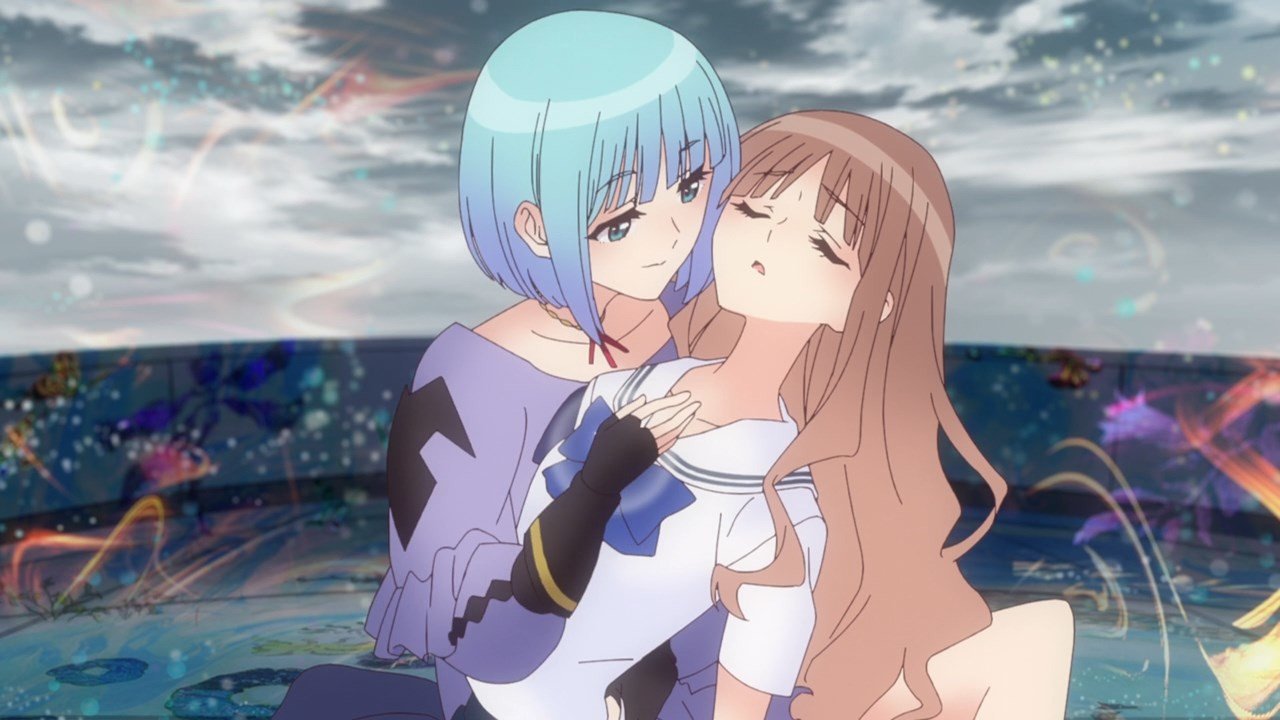 The anime series is a spin-off based on the widely popular video game Blue Reflection. The story doesn’t do much to stand out, and the anime seems like just another brick in the enormous wall of the Magical Girl genre. All the characters get balanced exposure initially and the art style at the beginning is pretty impressive however after few episodes it starts to get sluggish losing its edge.

However, some fight scenes are well animated even though the show is poorly executed and the ending was abrupt. Overall not something to watch if you are looking for something substantial or anything. Here, in this article, we will discuss Blue Reflection Ray Season 2.

The first season of the anime wasn’t very properly received which has led to a dilemma regarding the release of the next season. As of now, nothing can be said regarding the future of Blue Reflection Ray Season 2.

The plot is based in a supernatural world. In this world, human emotion means everything when it comes to having supernatural abilities. In this world, human emotions are responsible for creating a special kind of flower. These flowers are nothing but a physical manifestation of the different emotions a human feel and each emotion generates a distinct type of flower. These flowers are considered as ‘Fragments’. However, these fragments vary from one another depending on the type of emotion these fragments originate from and also how deeply the emotion affected the person or how intense the emotion is. The more intense and impactful the emotion the stronger and more substantial the fragment they receive. Not everyone is capable to manifest strong fragments but few people who receive strong enough fragments get to become “Reflectors”.

Being reflectors grant them special unique magical abilities for which they have to equip themselves with a special ring that signifies their role as a reflector. These reflectors get to use various kinds of magical abilities however this is not all for fun and games they are also assigned certain duties which they have to carry out properly. The special ring they get to equip grants them special abilities which allow them to form a mental bridge with a person who is having a flickering train of emotions, this mental bridge helps them to share the same mental frequency by sharing memories, life experiences, train of thoughts, feelings and much more.

This special ability to form a direct mental connection with a person having issues regarding their emotions and feelings help the reflectors carry out the job they are assigned with, the challenge they face is that different people have a different mindset with different thought process so they have to deal with that as well. However, the community of reflectors is divided into two segments. Each segment having its own distinct way of carrying out its duty. There is the blue ring faction who are devoted to protecting the people suffering from severe depriving emotions and falling into the dark spiral of their thoughts, they help these people by preserving their fragments.

Must Read– Gun Grave Season 2 Release Date: Is It Coming?

While on the other hand there is the red ring faction, who are ready to take any means necessary to prevent negative emotion from grasping away a person but they take a more drastic method where they just steal the fragments of the person who is suffering through deep sorrow and disdain. These distinctions between their methods have created an environment of hostility among the two factions leading to conflicts and more complexities since each faction considers their method to be the better one. The plot follows the life of Ruka Hanari.

Ruka is a transferred student who got recently enrolled in her new school. Being the new student, Ruka was facing serious trouble while trying her best to fit in what made things much more perplexed for her is her lack of social skills. Her social anxiety really took a toll on her and prevented her from interacting with the other students in her new school. After bumping into a girl who was in a hurry she picked up a blue ring which was apparently dropped by the girl herself. Unable to return the ring she decided to keep it for herself for the time being in her dorm room. Later she encountered Hiori Hirahara, who also happens to have the same blue ring.

Soon both of them get involved in the conflicts of the reflectors against the red ring faction and the more she got involved with these conflicts the more she realized the strength and potential the ring holds. Then Ruka and Hiori decide that they will also train harder in order to unlock the full potential of their abilities and the ring and to become stronger reflectors so that they can not only help the people in need around them but also the dilemma they face regarding their own feelings and emotion.

The second season of Blue Reflection Ray has no trailer or teaser available as of yet. We have dropped the trailer of season 1 above, so, you can check it out there. Also, check the whole season 1 here.