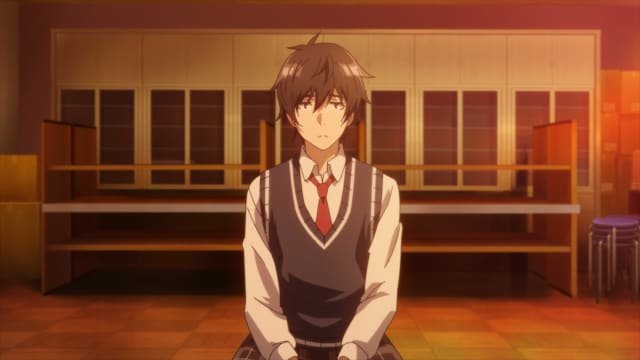 The low-tier character- Tomozaki-Kun or bottom-tier character Tomozaki is an anime that is based on a light novel series of the same name. The person who wrote the novel is Yuki Yaku and the one responsible for illustrations is Fly. Nive volumes under Gagaga bunko imprint were published by Shogakukan. Collected in six tankobon volumes the Manga adaptation has art by Eight Chida. The rights to the light novel’s publishing are with Yen press in North America while the translation is in English from Japanese for the Manga is done by Winifred Bird.

The manga series has a spin-off as well which is illustrated by Bana Yoshida. It is called Minami Nanami wants to shine. The English license of this one is with Yen Press. Produced by Project 9 we also have an anime based on the same story. Such was the success of the light novel and manga that an anime was inevitable. The announcement was made in October 2019 and the confirmation for anime was in March 2020.

The animation is by Project No.9 and the direction is by Shinsuke Yanagi and the composition of the series is handled by Fumihiko Shimu. The characters are designed by Akane Yanu and the music is by Hiromi Mizutani. The air time of the series began on January 8 and ended on March 26 in the year 2021. The first season has a total of 14 episodes and gained quite a lot of popularity. 12 episodes were aired as anime while 2 for OVA.

Even though the show ended not long-ago people are already waiting for the next season. So, if you are one of these people too who are desperate for the show to return or for an announcement to be mad do not worry, we have got you covered. Kindly read along and discover all that we have collected for you. So, you guys do not have to worry now, season 2 of the show has been announced.

The story revolves around the life of Fumiya Tomozaki. Fumiya is a student in high school and gets ignored by all of his classmates due to being a kind eccentric person. The only good friend is Aoi Hinami. She hangs out with him and helps him win a game of life.

The series was actually a bit quick-paced in the beginning as if they were trying to use up all the material soon. But up until the fifth episode, things started to settle down and the pace became slow. Not so slow that you feel that they are stretching the material but a little slow that you get a good grasp and have time to judge the situation. By the 12th episode, it has already covered about 4 volumes of the story.
In the last episode, we see that Fumiya has a face-off with his friend Aoi. He also has a date with Yuuta in an attempt to be more social.

He also gets successful in making Aoi agree to teach him and help him have a better social standing. If it is renewed for season 2 we shall get to see his struggle how to maintain his basic nature while also becoming less eccentric and more of a person who people like or be friends with. On the way due to his new skill, he might meet some new people as well.

Will There Ever Be Bottom Tier Charector Tomozaki Season 2?

The first season released in the month of January piked the interest of people and hyped them for the second season. Another season seems possible because the show has a really good storyline. Not just that it also has very good ratings.
We all know about shows that got cut down even though they had great storylines and actors because they could not gather a good number of views. Thus ratings of course are a very important factor when it comes to renewals. As of now as per the request online for another season, it seems like the show did good and has good ratings. A second season might just be possible.

Although no such announcement or confirmation has been shared by the producers, we are still hopeful. It is not like there is a crunch of material. They still have 4-5 volumes of already published data and the novel is still on. This should be good enough for another season. Given the material abundance and ratings, we think that a new season will be a hit.

The show got 7.0 ratings out of 10 on IMDb. But if you don’t believe we have already shared the analytical data of the show’s ratings below:

Will there ever be Bottom Tier Character Tomozaki Season 2?

Yes, it has been renewed by the makers but the release date has not been announced yet.

Who did Tomozaki end up with in the novel series?

He has ended up with Kikuchi.

How many seasons are there for Bottom Tier Character Tomozaki?

Only one season has been released, till now.

MUST-READ| Date A Live Season 4 Release Date Has Been Delayed!