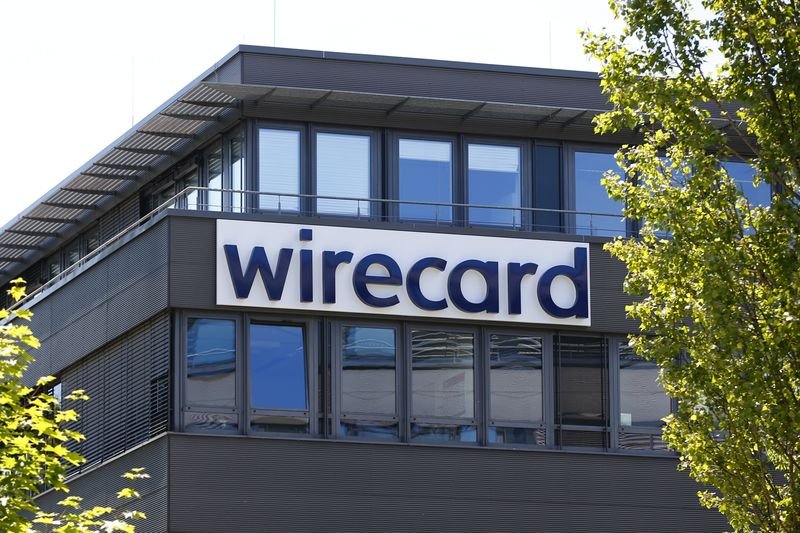 Netflix just came out with its new Documentary Skandal! Breaking down Wirecard, and believe me, It’s going to be a mind-busting experience for you! I’ve never watched any story involving such activities and a global outreach! The Documentary is about a multibillion-dollar company Wirecard that went to dust after 16 Years of malpractices. Let’s get deep into what the story is about and how such a Skandal was made possible.

Wirecard established itself in 1999 as a Fintech startup, something like Paypal. The German Digital Payment Company handled online payments in the Gambling and Pornography segment of the Internet, which was not illegal then. The main share of Revenue Dropped in from the US as the currency rate, and the people involved in the internet world were more prevalent there at that point in time. But later, when the US took charge and banned such online transactions, Wirecard was devastated.

Journalists from the Financial times were after the giant fintech company as they knew something fishy was happening inside the company. Dan McCrum, a Journalist from the Financial Times, went after the company and Got Some deep Intel from a short seller, Matthew, known as the Zatarra project. This was the first evidence any journalist got their hands on revealing how the company was operating and what was cooking inside those big buildings of Wirecard.

As soon as the Zatarra Report was published, which was 120 pages of evidence, Wirecard’s stock fell off the cliff by a Billion dollars. Wirecard’s Chief Operating Officer went Behind the journalists and raised allegations against The financial times’ journalist Dan McCrum for manipulating and Short-selling the share prices of the company. This was all done just keep the image of the company clear from the allegations that were put upon.

Matthew, who was the Person behind Zatarra Report, was followed by cars, and later on, When he ran a background check on the number plates, it was clear that Wirecard was behind him. Journalists and Short-sellers went scared as spies, and other Ill-intentioned people followed them.

A sub-company known as bluetool handled millions for Wirecard, but when the journalist Dan McCrum went to find out the office’s location, it was some old guy’s house. He said that he got some money in exchange for a signature. All he was told was to send any letters to the primary office. This was a clear signal to Dan McCrum that the company was fake and was involved in some strenuous activity.

Later in 2016, the stock prices suddenly went up, Breaking all records, and In 2018, they even crossed Dutch Bank and Commerce Bank, the most popular Stocks at that time. The company even entered the Dax exchange, which was a Massive Win for Wirecard.

The evaluation for the company stood out to be 193 Billion. Jan Marsalek, the Chief Operating Officer of Wirecard, wanted to connect with Paul. He led the Financial Times investigation and wanted him to stop publishing anything about the company as every article they Published had a profound impact on the company’s Revenue and stock exchange.

Jan paid a trader 32,500 Euros a month to make his contacts with paul and talk him out of the Defamation of his company. He even offered a bribe to Paul, but he denied it and instead told if there was anything fishy with the company, another article might not take much time before it got out.

Later in the year 2018, Wirecard expanded in the US, offering Prepaid cards to the public. The shocking thing was that even on the black market, the prepaid card sold would just give credit of a maximum of 10,000$. But Wirecard’s limit exceeded the sum of 1,50,000$, Which was a considerable amount!

It was clear that Wirecard was into money laundering as it took money from criminals and big organizations, stuffed them into their prepaid cards, and in return, the customer paid the bills, which made the process black to white. This method was as easy as anything for the company to keep growing without leaving a trace behind.

Soon after this, a Whistleblower from Wirecard came out who’s name is Pav, who was the head of legal in Asia in the company. He was dissatisfied with the way the company was operating. He got out Several GB of Data that had crucial information, and that data was given to Dan McCrum, the investigative journalist behind Wirecard.

Edo Kurniawan, who was just 23 years of age and without any background and experience, was appointed by Wirecard to lead the financial team in ASIA and was directly teaching his associates “How to Cook Books.”

Dan McCrum Investigated the Data he obtained from Pav, and it took him several weeks to get onto what was happening inside the company. As soon as Edo Kurniawan Started getting investigated in 3 days, a considerable drop was faced by the company Wirecard, approximately 8 Billion. Wirecard became aware that Dan McCrum’s investigation might shatter the empire they had been building for a long time. They filed a case against Him alleging Short-selling and manipulating the company’s share prices.

Soon Dan McCrum knew from the data he had gathered some crucial information about the company’s background. Three significant companies were shown in Wirecard’s paperwork that funded these Prepaid cards and Owned the majority portion of the company. Named ALALAM, SENJO, PAY EASY, When a journalist from Financial times tracked the address of Pay Easy, it was a small office operating in bus services and a small sticker with Pay Easy written on the office. That was clear that a company that was investing millions of dollars on paper could not have such as small office and bus service on the side.

The company was another partner company whose address belonged to a Philipino Family, and no Office was present. The story got published, but this time Wirecard’s share didn’t get affected as people from around the world trusted the company even more when a Japanese bank invested 900 Million euros for a 6% Stake In the Company.

The Brain behind the company was Jan Marsalek, and he was associated with Russia as he had three ex-Intelligence Guys who were also from Russia. He was interested in the migrations in Libya and wanted to invest 20,000 euros in them. He also wanted to train 20,000 People from Libya. Jan Marsalek was involved in political parties as well.

During that time, There were Spies Everywhere was led by Rami El Obeidi. Journalists and Short-Traders were followed everywhere, and there was such pressure on them as they were threatened, But this didn’t go for long as The company’s Death was Near!

Wirecard tried to take over Deutsche bank and thought this might be something That might save them from the incoming calamity. But As soon as the government demanded an Audit as they were about to buy Deutsche bank, the documentation went fake. The company didn’t have any resources and money to go to such an extent.

Markus Braun Was Arrested, and He didn’t speak anything while he was in public. On June 2020, the company Wirecard collapsed, and the investors lost about 20 Billion Euros. Braun Was charged with Fraud, Exploiting Trust, and Manipulation.

Whereas Jan Marsalek disappeared in thin air and is still a Fugitive as of 2022. The Story of Wirecard can be considered the biggest Fraud In the 21st Century, where a multi-billion dollar company was built from dust and returned to it. Jan Marsalek was tracked down, and the authorities could Track his Plane’s last signals in Russia.

Is Netflix’s Documentary Skandal! Breaking down Wirecard based on a true story?

Yes, all the events are true and can be witnessed in the reporting done by Dan McCrum in The Financial Times. This was the only case where a Dax Registered company was a fraud built on illegal Activities.

Also Read: Is Broad Peak Based On A True Story? Mountaineer Who Made History!