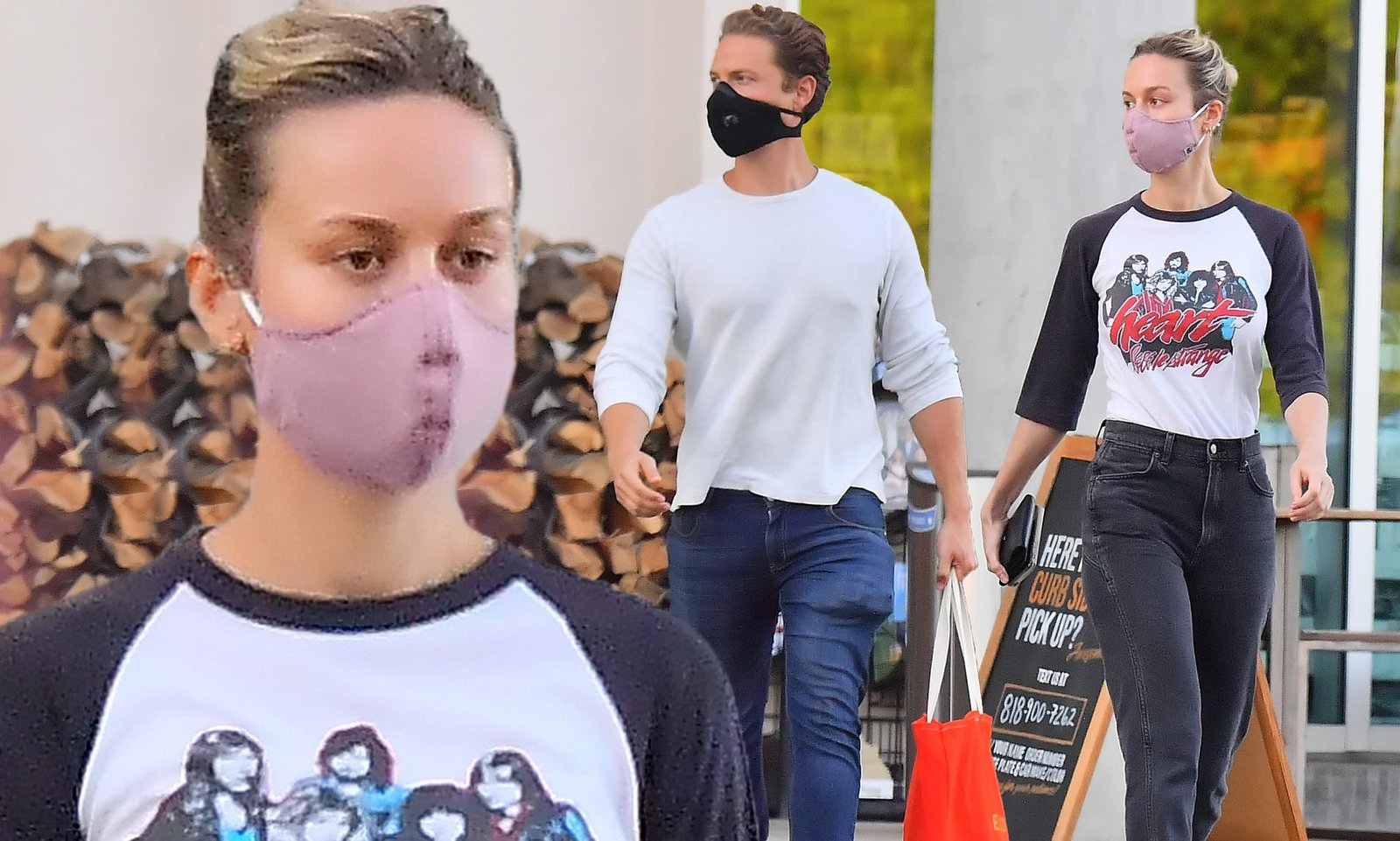 Professionally known as Brie Larson, she is an American actress and filmmaker. Her birth name is Brianne Sidonie Desaulniers. She was born on 1 October 1989 and is currently 32 years old. Her parents are Sylvain Desaulniers and Heather Desaulniers. She has a younger sister named Milaine Desaulniers. Brie has been awarded ‘The Academy Award for the Best actress’ and ‘The Golden Globe Award’. She was one of the 100 influential people in 2019, Time Magazine. The actress started her career in acting when she was 9 years old, in 1998, on The late-night show with Jay Leno. She played supporting roles in comedy movies like Hoot (2006) and 21 Jump Street (2012).

Brie also appeared in the TV series ‘United States of Tara’. She starred as a superhero in 2019 ‘Captain Marvel’, Marvel Cinematic movies. Her role as a superhero also appeared in the blockbuster – Avengers Endgame. Two short films were co-written and directed by her. She has also participated in social issues actively and is an advocate for the survivors of sexual assault. We will here come back with another interesting topic about your favorite celebrity, Brie Larson. Here we will inform you all about Brie Larson boyfriend, relationships, and more.

She was born in Sacramento, California, United States. She took private schooling and French was the language she learned first. When she was six, she took interest in acting as she said the art of acting was always in me. Later that year, she got selected for the training program called ‘American Conservatory Theater’ which was in San Francisco. Her parents got divorced when she was 7, she was very disturbed by the situation.

She stated that she was not on good terms with her father and he didn’t show interest in being with them or having family time, he didn’t want to be a father. After their divorce, Heather Desaulniers shifted to Los Angeles with both of her daughters. Their financial situation was not good so they had to live in a very tiny house which only had one room. They didn’t have proper clothes to wear, but still, she has happy memories of those days. Her mom was very positive and supported them as much as she could, she gave her best. The first role she got to play was of a parody doll named “Malibu Mudslide Barbie”, this was the launch of her career.

Must-read: Who is Kristen Cavallari Boyfriend 2021?

Larson is an actress who keeps her life private, she does not share her choices. This is because of the reason that she fears being judged by the people for her flaws. She is a confident young woman; she knows what to do and what choices to make. The actress has an appealing personality and is socially active. She makes good use of her Instagram and Twitter handles and shares her opinions. Forbes also included her in the ’30 Under 30’ list of 2016. Her interest is shown in films that relate to the people and which make them feel connected. She is a social activist and her roles mostly define and show this quality in her. The feelings and awareness she has for other people make her such a brilliant actor as stated by Lenny Abrahamson.

Brie Larson has a net worth of $25 Million and she has 6.8 million followers on Instagram. Her Twitter account has a following of 2.7 M and over 5,000 tweets.

Brie Larson started dating Alex Greenwald in 2013. They got engaged in 2016 and moved in together. They were a very private couple, they never shared their issues. Brie affirmed their relationship in public at an Award show in 2013. She said that he supported her and he was her best friend. They have currently called off their three-year engagement. They are still seen close to each other; it seemed like they had taken a short break and will be back together after some time. Now, the former proves to be wrong as she has started dating Elijah-Allan Blitz. They attended an Awards Academy together in 2020 and made it clear that they are together. It’s been one and a half years since they began dating. It is clear that she has moved on from Alex, although they made a great couple.