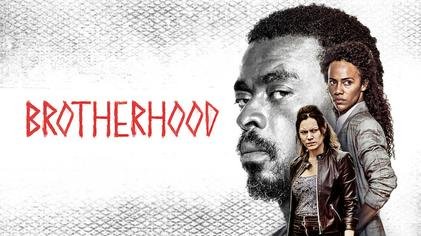 Netflix’s famous crime drama is back with a new season with a promising thriller and suspense for the viewers. Brotherhood (also known as Irmandade) is a Brazilian crime-drama web series which was first premiered on October 25th, 2019. The show is directed and written by Pedro Morelli.

The story tells us about two siblings who stand opposite each other in the status of law. The story sets in the city of São Paulo, in the mid-90s, showing the story of how things get complicated when the siblings meet after 20 years. Brotherhood has attracted a lot of people for its intense action and plot. The series has a total of eight episodes that explain the plot in full detail.

The running time of each episode is 40-50 minutes which is filled with violence and thriller. The show has earned a rating of 7.5/10 on IMDb. The show has also won the Best TV Cinematography. The original language setting of the series is Portuguese with subtitles available in English and Brazilian Portuguese. Brotherhood is worth the binge-watch for the thrill it provides to the viewers.

However, there have been no talks related to the release of a third season for Brotherhood. Season two has been a continuation of the first season which was left on a cliffhanger. After watching the second season of Brotherhood, viewers can know if the series ends with only two seasons or if it continues with a third season.

Based in the mid-90s, in the city of São Paulo, A good and devoted lawyer, Cristina Ferreira works for the people and brings them justice by using the law rightfully. However, from some sources, she gets to know that her brother whom she has not met in a long while, has some dirt on him. She meets her brother after 20 years in a courtroom where his brother is standing as an inmate.

Cristina has been sent as an undercover to expose her brother, which sets a dangerous path in front of her. By understanding more about her brother, Cristina starts to question the morals and principles that she has been living all these lives.

The series starts with how Cristina finds her brother, Edson in a courtroom. She meets her brother after 20 years since their father called the police on Edson for drug usage. The story starts when Cristina talks to her brother in the prison. The police forced her to win her brother’s trust so she could spy on the criminal organization for them.

The journey leads her to the information that she knew about her brother. It started showing how much dangerous and illegal work Edson has been doing. Cristina somehow won the trust of the gang who took her as the new worker for their organization. Season one meets an ending in the eighth episode with a lot of violence-filled scenes. Cristina somehow manages to escape the gunshots which leave us on a cliffhanger.

Each episode has a name to show the gist of that particular episode. These names somehow connect to the episode at the end. However, the second season of Brother is yet to be released. Watch the new season of Brotherhood to see what happens to Cristina and her journey in the organization.

Where to Watch Brotherhood Season 3?

Brotherhood is a Netflix original show which means it is exclusively available on the platform. There is no season three of the said series, you won’t be able to see it. However, you can enjoy the second season of Brotherhood, which is going to be aired on 11th May 2022.