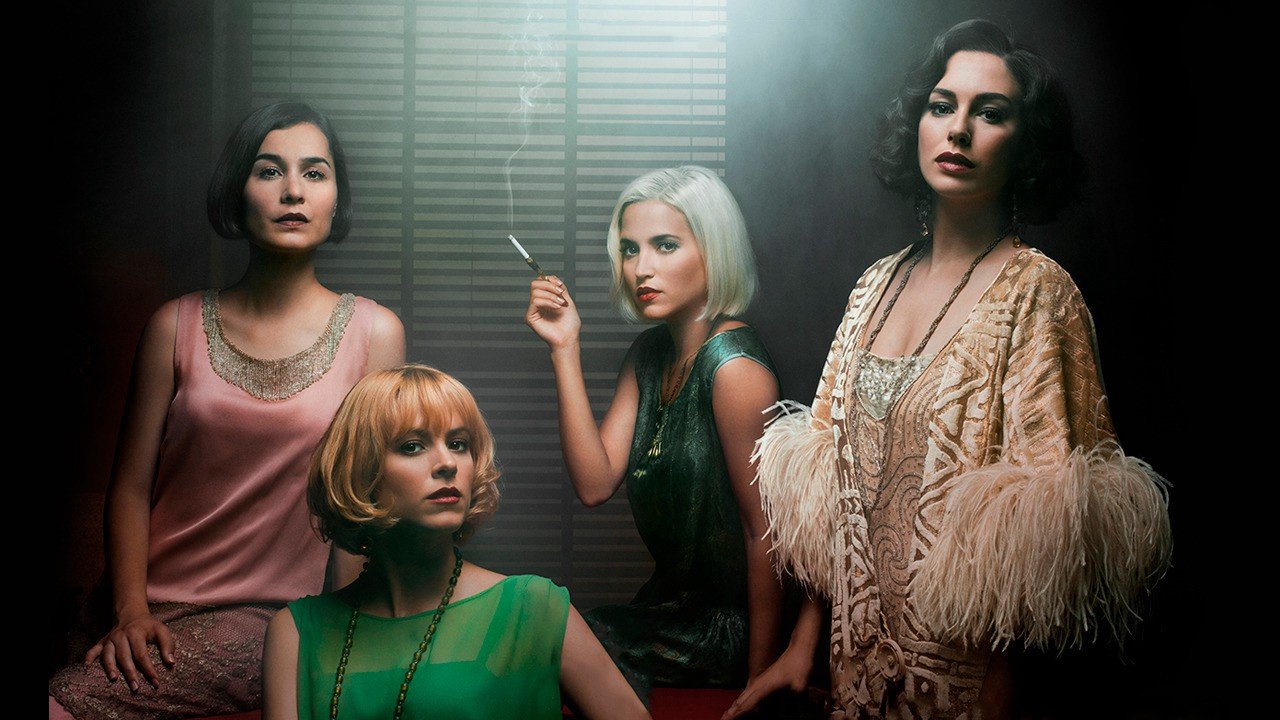 Cable Girls Las Chicas del cable or Cable girl is a television drama created by Netflix. This is a Spanish drama set in 1920 in Madrid, Spain. It revolves around the life of 4 Spanish women who start working in a telecommunication company for various reasons and start a new life learning new things about the world and the lives of each other.

Each woman comes from a particular background and has her own issues she is battling with. The main thing that they enjoy is knowing what feels like to be an earning woman in a city which at that time had many limited rights for women. The first season includes 8 episodes and was aired on 28th April 2017. The reception of the series was good and till now it has aired a total of 5 seasons with the fifth season being divided into two parts.

The first part of season 5 aired on 14th February 2020 while the second half was released on 3rd July 2020. The last episode, episode 42 named The End aired on 3rd July. For this series, Netflix did not go with launching one episode every week. Instead, they gave the viewers quite enough material like a whole season to watch altogether. This series is the first Spanish Original launched by Netflix.

Netflix has made this in collaboration with Bambu Producciones. As the series is set in the late 1920s it had to be filmed at a location that looked historically accurate or was close enough. The two major shots were f BMPeir homes and one for their office. So, for their hoes, the creators chose La Plaza del Alamillo and for their workplace or the telecommunication office, they went with the Fundacion Telefonica building on Grand Via.

How somehow even though they are ordinary people they became the front liners and face off against the Nationalist faction. By season 5 second half while Lydia is the first one to go to prison camp her friends join her eventually. Their Camp was headed by Carmen played by Concha Velasco. After some planning, they are able to arrange a prison break and send a train full of their inmates to France to live as refugees but unfortunately, the fascists catch up with the train leading Lydia, Oscar, Marga, and Carlota to sacrifice themselves to save others. But the catch over here is that we do not actually see the four people die.

So, does that mean they are still alive? Was there a turn of fate at the right moment? Such cliffhangers swipe the head of fans every day since the last episode was aired. Well, the fifth season was the last one, so the chances for the sixth season are very less.

Are Cable Girls reviews leading to another season? The series was also nominated for many major awards for example the Fifth Feroz Awards and 27th Actor and Actresses Union Award in 2017 and 29th GLAAD Media Awards and the 5th Platino Awards in 2018. Ever since the last episode aired on 3rd July 2020 people have been crazy to know more about these characters and to what end was their escape plan.

There have been numerous searches on the internet and requests on social media to the actors and creators to bring back the show on the streaming giant Netflix. So, if you are one of those people desperate to see their favorite group of girls return on the screen do not worry, we have you covered. Read along and discover all we have collected for you. Cable Girls plot and how it may lead to another season. In late 1920, Madrid envisages the launching of a telecommunication company that employs the four lead women Marga, Carlota, Angeles, and Lydia played by Nadia De Santiago, Ana Fernandez, Maggie Civantos, and Blanca Suarez respectively.

They all have their reasons to work at the company, Marga works here to turn a new life in her life, Carlota works here to get away from a controlling father and high society gathering, Angeles joins here to provide for her family and Lydia works here for a mission she is on. They work together having fun and learning what it’s like to be in the shoes of the other while solidifying a lifelong friendship. But this is not all. They also show the time period of the Spanish Civil War and how it impacted the lives of these basic women.

Till now, we do not have any information regarding the story of the 6th season and we have also mentioned above that the 5th season was the final season of the show. Clearly, the 6th season of the show is not coming in the near future. But if the makers would think to release it sometime in 2023, we can expect the same story continuation in the next installments as well. However, it is going to happen, so these assumptions are of no use.