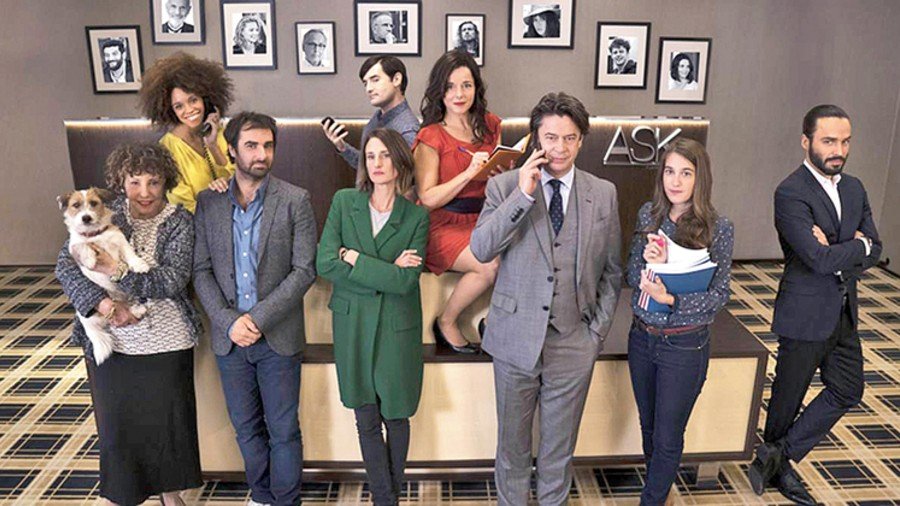 What do you think when you hear the name of the country called France? Well, I guess it. Your answer might be Eiffel Tower, wines and its excellent bread. Have you ever thought about French shows, movies, and series? I guessed it again. Probably No. However, if you love French as a language then you should definitely try a series called “Call My Agent”. This is a comedy-drama television series with a little bit of romance which talks about the agents of famous superstars in France.

The producers of the show are Michel Feller, Harold Valentin, Aurelien Larger, and Cedric Klapisch. The show is available on Netflix except for few countries such as Austria, Spain, Germany, and Portugal. The show had won many hearts which is reflected in its ratings. On IMDB, the show has 8.3 ratings out of 10 and 97% ratings on Rotten Tomatoes. Now, the fans are waiting for the arrival of Call My Agent season 5, so, have a read on the article once.

Originally, makers had decided to end the series but suddenly they felt that they still need to tell the story. The season would return along with a short TV film. Yayyy! According to the makers, the filming of the fifth season is in the progress and will release around somewhere in the year 2022.

There are many recurring actors in the show such as Ophelia Kolb, Isabelle Candelier, Sarah Suco, Anne Marivin, and many more. Supporting characters of the show include Lee Delong, Maud Amour, Robert Plagnol, Olivia Cote, Amelie Etasse, Eric Naggar, Nina Gary, Marc Brunet, and many more.

The show talks about the agents hired by big superstars in France. In season 1, the show had agents of ASK firm. The boss of the firm died and now the agents had to run the firm. Then, Mathias Barneville comes out of the group as the boss of the firm. He organized data, assigned tasks to others, and formulated plans. He is married and has a son and a daughter but his son has no idea about his half-sister. Andrea, her daughter, is looking for a job in his company. Gabriel is one of the co-member of the company and Mathias and works on separate projects. Andrea fell for an accountant of his dad’s company who is powerful enough to ruin the firm by his auditing. It would be interesting to know what happens between these two?

In the next season, Hicham buys the firm. The irony is he has no knowledge about agents and their work. Did Andrea and Hicham had a past? Andrea acts very cliché with Ophelia which is not her normal behavior. Here, Mathias had made a mistake with Noemie. He already done the mistake of assigning a job to his secret daughter in the company. Gabriel continues to make mistakes with Sofia but she gets a part in the movie.

The story of the third season revolves around Hicham who thinks again about a pact with Andrea and Lanvin told her father to set up an audition for a waiter. Andrea is pregnant and she takes her maternity leave. Meanwhile, a director tries to force Beatrice to film a nude scene and the actress isn’t really comfortable.

We still don’t have any idea how the story will develop in the upcoming season. Our best guess is that the season will start where it left the fourth season.

France 2 has not released the trailer of the fifth season yet but it is expected to release soon. Till then, watch the trailer of Call My Agent season 4 above. Also, the whole series is available on Netflix.